Looking to buy Valve Corporation's Steam Deck? This article weighs in on its commercial success—or otherwise—to help you make your decision. 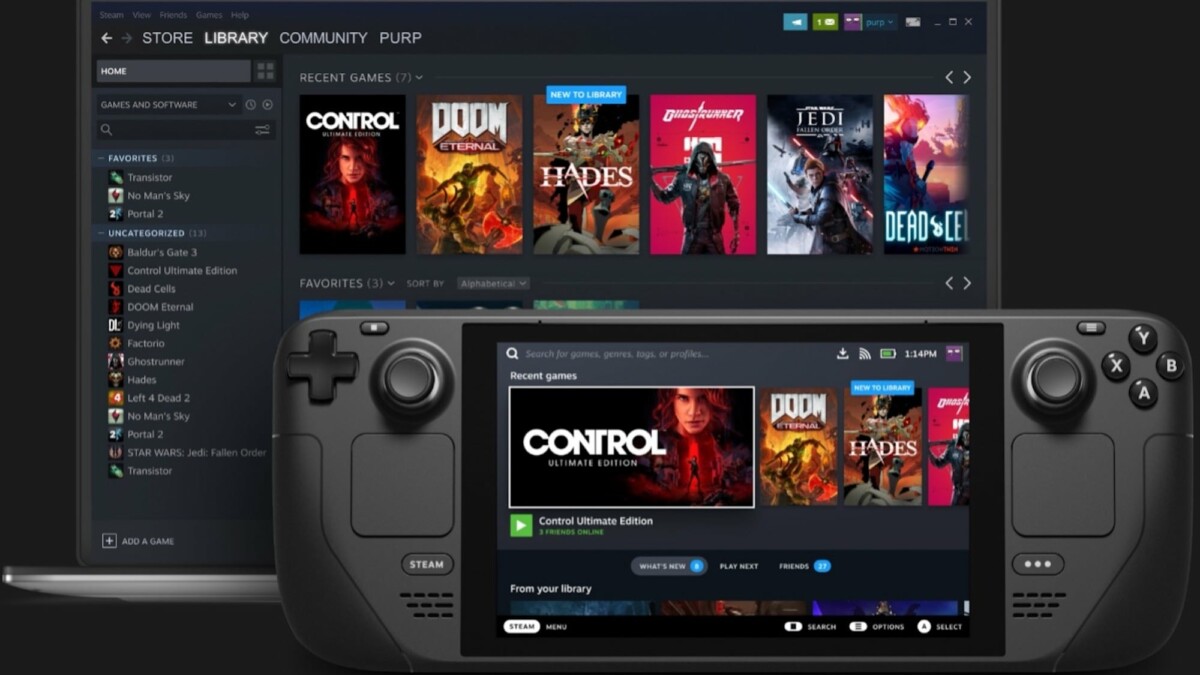 Valve Corporation recently announced Steam Deck, its newest attempt at breaking into the console/hardware industry. With its release date set for December 2021, this new project is basically a handheld computer that runs SteamOS as its native operating system and marketplace.

The announcement has generated a lot of buzz within the industry, and gamers across the globe—in addition to stakeholders—have been debating the future of Valve’s latest project. That’s especially since Steam Stream—the company’s last foray into the hardware world—wasn’t a success in the eyes of industry experts.

However, it seems Valve has learned from past mistakes, and Steam Deck looks like a promising piece of hardware. Here are five reasons this gaming gadget may succeed and five reasons it may not.

Valve teamed up with AMD for Steam Deck’s design and hardware. Using a trustworthy household name in the industry already nudges the project in the right direction, and it also shows that Valve is listening to community concerns.

The company also addressed player concerns about stick drift, added back button triggers that mimic the Xbox Elite Controller, and integrated a Nintendo-Switch-like dock that allows for TV gameplay.

If those aren’t convincing enough, Valve’s latest hardware projects have been praised for their technical aspects. For instance, the HTC Vive is an impressive VR system, while Steam Link and Steam Controller are fantastic pieces of equipment, even if sales don’t reflect it.

Meanwhile, Valve’s ownership of Steam alone makes it one of the most competitive companies in the industry. It has access to the world’s large game marketplace, meaning Steam Deck should have a much more extensive game library than its competitors. Up to 15,000 titles are potentially compatible with Steam Deck.

Younger players may not know it, but Valve was once one of the best game developing companies in the world. Aside from its catalog of critically acclaimed games such as Portal, Left 4 Dead, Half-Life, and Counter Strike, the company has proven that it can still develop outstanding titles, as seen by its recent Half-Life: Alyx project. If it commits to delivering exclusive content to rival Sony, Xbox, and Nintendo, Steam Deck players can expect excellent upcoming games.

4. Players get a vast library at launch

Sony’s and Microsoft’s newest consoles have limited exclusive titles. In fact, except for a handful of games, there isn’t anything new to play. On the other hand, gamers who have Steam on their computer are likely to have a considerable game catalog attached to their accounts. This means they won’t necessarily have to spend hundreds of dollars on new titles just to get started.

5. Gamers might actually be able to buy Steam Deck

The pandemic has severely damaged supply chains and how easily companies can procure microchips, batteries, and other components that are the fabric of consoles and PC parts. When you consider this scarcity as well as the bots created by people in the game reselling business, buying the newest Playstation, Xbox, or NVIDIA card is an achievement in itself.

Thankfully, Steam is trying to make Steam Deck purchasable by at least ensuring that preorders are made by active accounts that have purchased games on their marketplace before June 2021.

Looking at the specs, Steam Deck won’t deliver next-gen performance. While details show that 8K and 4K resolution will be possible, recent stress tests of triple-A titles might disagree with those results.

What’s more, it looks like the battery life caps at 8 hours on games that aren’t very demanding. Then, the entry version doesn’t have an SSD memory, which will surely surprise players accustomed to new consoles and PCs.

2. Valve doesn’t have a great track record with community management

Even with the largest library in the world, Valve has proven that it lacks community management skills. It doesn’t take long to find countless complaints about customer service, support, or just communication surrounding Valve’s proprietary games such as CS:GO, DOTA 2, and Team Fortress.

With that in mind, players should be wary of Valve’s ability to inform on new developments, titles, and releases as well as its ability to provide a general roadmap for Steam Deck. In contrast, MMOs like New World, for example, where people crave buying New World Coins, will always have a head start.

3. This handheld console is expensive

With next-gen consoles averaging between $399 and $499, it’s hard to justify buying a handheld console for $399 with 64 GB. This means one triple-A title might be all you can store in the entry version. And the 512 GB version for $649 seems outlandish.

4. This portable console isn’t so compact

Valve’s new handheld is massive in comparison to its direct counterpart, the Nintendo Switch. It weighs two times the Switch, and—while its screen is nearly one inch bigger—the difference appears massive visually. Add its four hours of intensive gameplay, and it might not be as great for travel as the company promises.

5. Not all games adapt to Steam Deck

While this is true of pretty much any handheld console ever launched, this translates to a huge amount of games for Steam Deck. Meanwhile, based on the SteamOS system, Steam Deck will have games that are not so optimized for handheld use.

Plus, since the most popular Valve games are competitive online games, players on Steam Deck are more likely to lose against the competition playing on PCs. The same goes for games like OSRS, where it doesn’t take much skill to farm or OSRS Gold.

Overall, Steam Deck looks to be a promising handheld console. This new gaming product boasts AMD hardware and design, gives players an impressive library, and is something a real live gamer can buy. Yet it does have some drawbacks, like a design that isn’t so portable and performance that lags in comparison to next-gen consoles. However, if you want to play Steam games on the go in the latest way, Steam Deck is a good choice.