Will Amazon Go be the new way we shop post-pandemic?

At the beginning of the pandemic, we may have taken it for granted that public life would return to normal as soon as physical-distancing and shelter-in-place mandates ended. But as the pandemic wears on, it’s clear that some changes might be here to stay, especially when it comes to shopping. With non-essential stores closed in many states and people voluntarily shopping online, some brick and mortar stores may never reopen. Others, especially grocery stores, may alter forever. Stores like Amazon Go are ushering in that change. 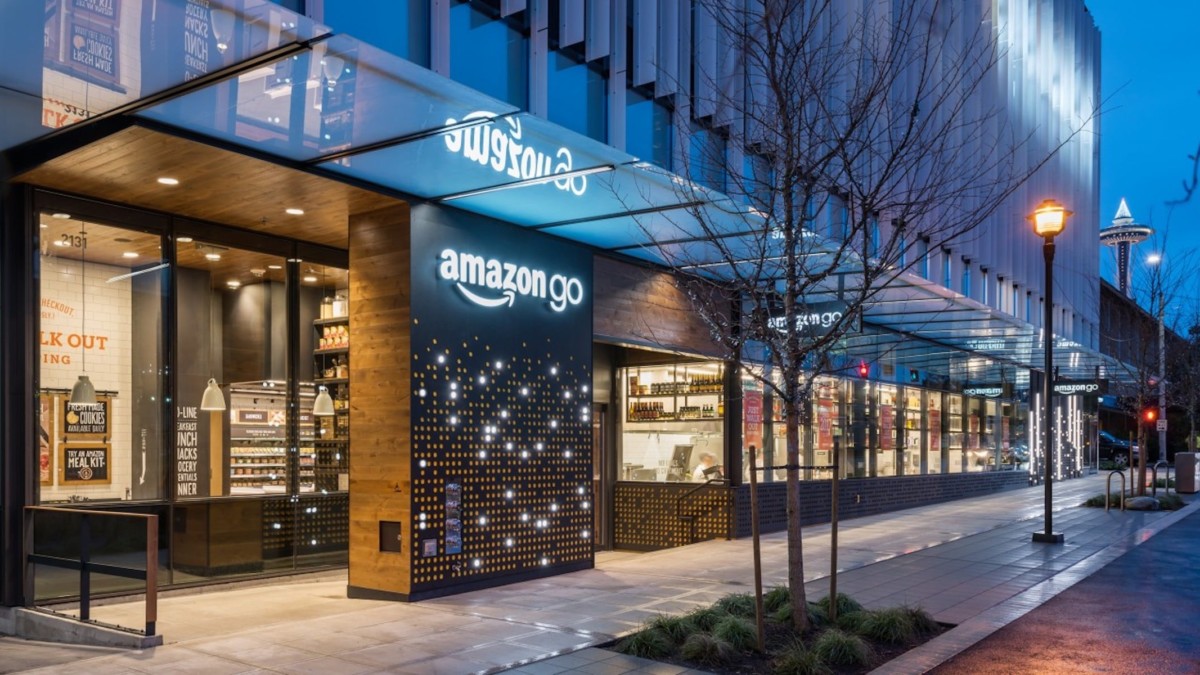 The COVID-19 pandemic has pushed consumers toward alternative forms of shopping out of necessity. Retail stores around the country are closed. So to get the items you need, you have to buy them online. And shopping in its traditional form is currently a health risk.  You have to stand close to other people in line. Then there’s the act of paying. You need to pass the cashier your card or cash. And you may even need to enter a pin or sign for your credit card. All of these actions increase your risk of touching a surface with the virus. Amazon Go, Amazon’s chain of cashier-less stores, wants to change that.

If you have an Amazon Go in your city, you’re familiar with the take-and-leave chain of convenience stores owned by Amazon. If you don’t live in one of those cities, the concept is one you’ve always dreamed of. Amazon Go locations are stores where you simply take the items you want off the shelves and go home. Your Amazon account will automatically be charged for the things you take. There’s no waiting in lines or handing your card to a cashier. By most accounts, it’s a faster, more streamlined way to shop. 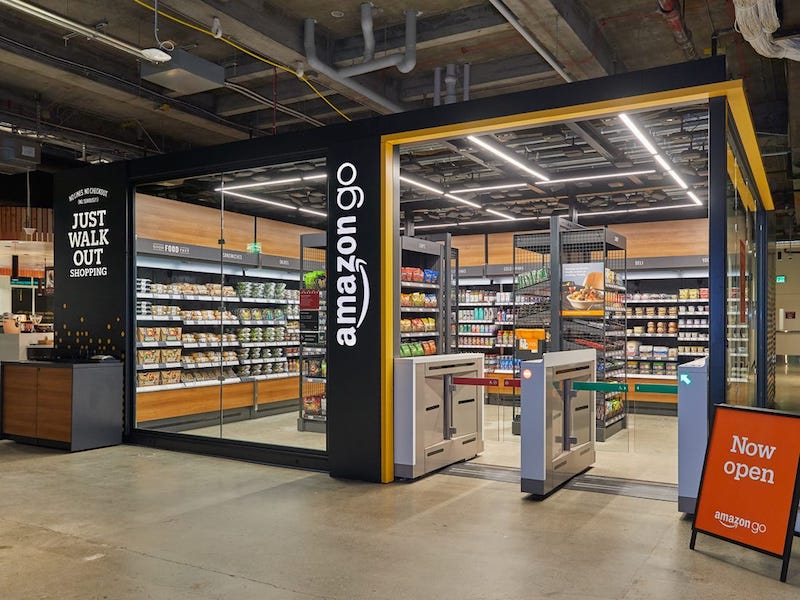 Back in February, TechCrunch reported on the opening of Amazon’s first Amazon Go Grocery store in Seattle. This store operates on the same premise as the Go convenience stores, but on a grocery-store scale. At Amazon Go Grocery stores, customers can buy everyday groceries like fruits and vegetables, meat, seafood, household essentials, wine and spirits, and more. As you move about the store, cameras and sensors track when you remove items from the shelves and place them in your virtual cart. When you exit, your cart will automatically be checked out using your Amazon account.

And just like the Amazon Go convenience stores, the result is a grocery store with no lines. Staff can then pay attention to tasks like restocking shelves, customer service, and display setup.

TechCrunch noted that grocery shopping would be a new challenge for Amazon’s cashier-less technology. Grocery shoppers, they argued, are more choosy about their products, especially when it comes to fresh produce, which they’ll often examine and then put back. Shoppers may even sift through packaged goods to find one that has no dents. TechCrunch rightly points out that Amazon’s technology may struggle to account for human unpredictability. 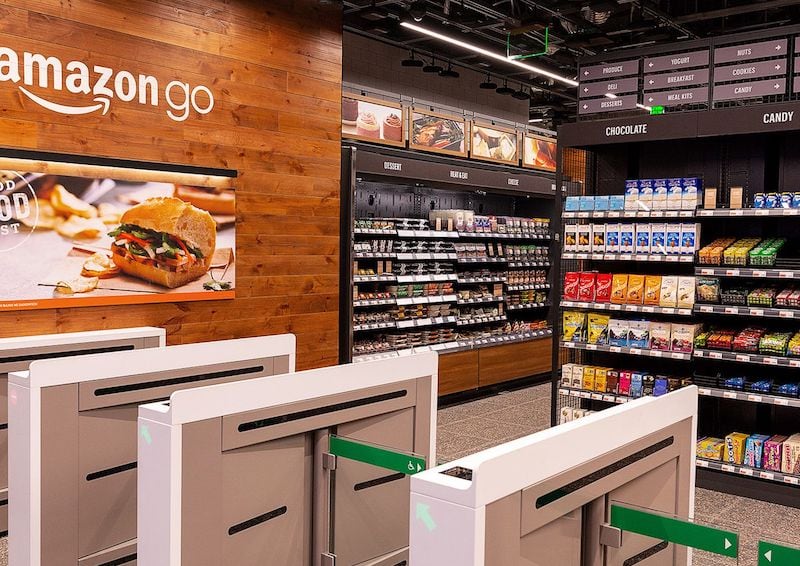 This post was written in February 2020, before COVID-19 had done much damage to the U.S. At the time, TechCrunch speculated that Amazon seemed interested in seeing how well its cashier-less technology could scale.

How is Grocery faring during the pandemic?

An April 2020 article in Forbes notes that the first Amazon Go Grocery store opened in Seattle’s Capitol Hill District, one of the epicenters of the COVID-19 pandemic. So since it’s opening, the store has received little attention.

But Forbes speculates that this store is significant for Amazon and its goals. It’s a testing ground for take-and-leave technology. If it turns out to be scalable, the concept could have a much broader use since it is available for other retailers to license. For example, select CIBO Express Gourmet Markets plan to make use of the new technology in Terminal C of Newark Liberty Airport.

Amazon Go and Go Grocery stores still only exist in select cities. And since the pandemic, most shoppers have started doing their grocery shopping online. It’s a safer alternative to going to the grocery store where you might pick up the virus. All retailers with online grocery shopping have noted a huge uptick in sales, notes another TechCrunch post. The publication writes that the “…grocery delivery service Instacart rolled out several new features aimed at opening up more delivery windows as demand reached record levels. Meanwhile, Walmart’s Grocery app saw its highest-ever number of downloads to date, boosting its app’s ranking even higher than Amazon’s for a time.” 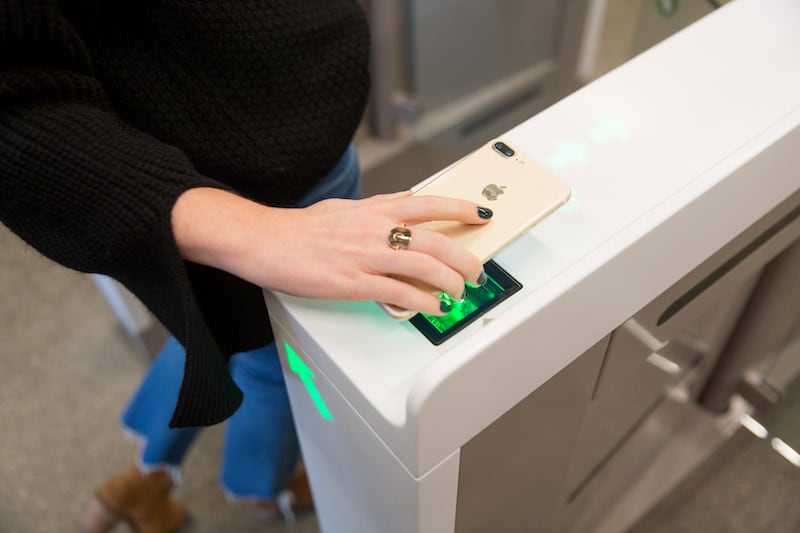 Amazon, for its part, has had to put new online grocery customers on a waiting list to cope with the demand for its grocery pickup and delivery services. In early April, the company announced that it would invite some waitlisted customers to shop every week as the stores increase their capacity for online orders. Amazon also says it will adjust store hours for its Whole Foods locations so that the staff can fill online grocery store orders. In fact, Whole Foods located in Woodland Hills, California, has become a temporary online-only store.

TechCrunch says that online grocery shopping has been at the forefront of Amazon’s attention since the pandemic. This has been in an effort to address increased consumer demand. First, the company has extended online grocery pickup from 80 stores to over 150 in the past weeks. Amazon is also making delivery windows available throughout the day. Finally, the company has partnered with the U.S. Department of Agriculture to allow for online access to SNAP (or food stamps) in states like Alabama, Iowa, New York, Oregon, and Washington.

In early April, Amazon said that it had hired 100,000 additional workers to help it meet its growing demand. It plans to hire 75,000 more. And originally, the company had estimated spending $350 million to increase wages. Amazon now believes it will spend up to $500 million. It also pledged to invest over $350 million to support employees during the COVID-19 crisis. The new employees should help Amazon speed up all aspects of its online shopping experience. 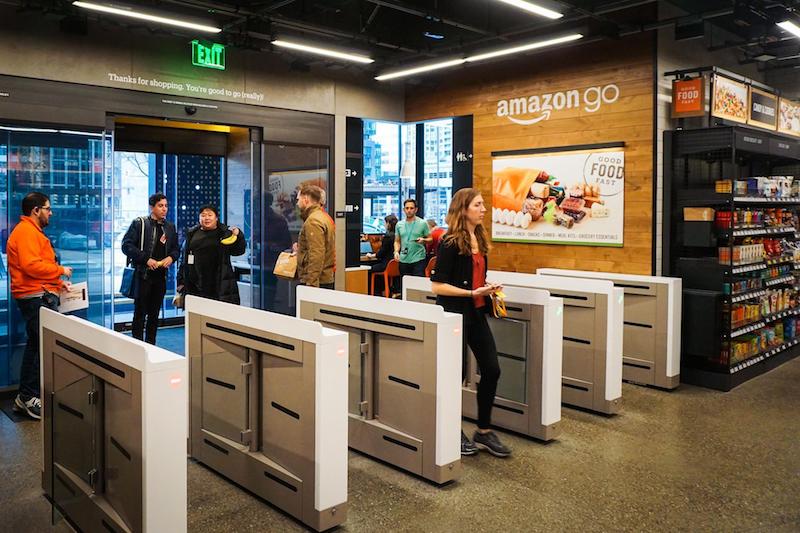 How are the Go stores faring?

For now, with the explosion of its online shops, the Go stores have been slightly overshadowed. However, a mid-April report from the User Experience Strategies Service (UXS) at Strategy Analytics covered by Perishable News found Amazon Go stores to be, “a compelling but niche shopping experience.”

According to Perishable News, the report found:

Perishable News quoted Senior Analyst and the report’s author, Derek Viita, “While not directly relevant to other industries, if cashier-less concepts such as Amazon Go become more widespread, we would expect to see continued growth in consumer adoption of forms on contactless payments, which Strategy Analytics already expects to happen due to the COVID-19 pandemic.”

Furthermore, Lisa Cooper, Director of UXS added, “At a macro level, Amazon Go is also proof that a complex system of cameras and sensors can successfully be deployed in large-scale settings with an impressive level of accuracy. This should bring confidence to developers of other complex camera and sensor systems, such as vehicle-to-vehicle and autonomous driving applications.”

Is take-and-leave the future of grocery shopping?

For the moment, that’s hard to tell. With so many people shopping from home for groceries due to fear of contracting COVID-19, Amazon and other retailers are already devoting considerable resources to developing their online shopping service. And once the economy reopens, consumers may decide that they actually like shopping from home. They may decide that grocery stores are too much of a hassle and that grocery delivery is much more convenient.

On the other hand, it may be that people will have missed selecting groceries in person and leaving their homes to see something in person. In many ways, it’s easier to understand what food you want when it’s in front of you. So people may want to leave home to shop but don’t want to breathe in particulate matter while doing so. The Amazon Go technology, presumably, could provide. And since COVID-19 looks like it will be with us for some time, the take-and-leave technology could be a good option.

In any case, it looks as though Amazon wants to expand its sensors and trackers for other retailers. While they may not be a perfect option for clothing or grocery stores, they seem poised for the future of quick sales. So, if the technology doesn’t show up in your grocery store, you might just find it at your gas station or convenience store.

Lauren has been writing and editing since 2008. She loves working with text and helping writers find their voice. When she's not typing away at her computer, she cooks and travels with her husband and two daughters.
Write your comment..
Nikhil

In fact we have decided not to buy anything from any online shopping, hugh malls etc. These r the companies, who has made hugh amount profit, but during this critical situation their financial contribution is nil towards.......

Infact small shops, has provided better goods and services with smile,  in this critical situation. They have provided good on few days of credit too.  If you don't have money today, pay us whenever you can. We know each other since ages, living in same area. That's what we call humanity.
We are well educated, we are maintaining social distancing. And we are getting much much better services from small vendor.
When we will buy from small shops and vendor. money will start rotating in local market. This will boost a moral of small shops who has helped all of us, in this pandemic situation. Which we will never forget.  A small vendor taking all sorts of risk, will get good return, human and humanity will increase. This will help in increase in local growth.
0
To like a comment log in to your account or create your account here.
Reply
Suzanna
Moderator
Thank you for your detailed thoughts on this!
0
To like a comment log in to your account or create your account here.
Reply
Popular Blog Posts
LG vs. Samsung TV 2020: Who’s winning the smart TV war? Best living room gadgets and accessories 10 workspace gadgets for a futuristic home office Must-have smart home cleaning gadgets Ultimate eCommerce checklist to boost your online sales 9 Smart home office gadgets to boost your productivity Best 5G phones to buy in 2020 24 Cool tech gadgets that prove we’re living in the future Must-use Kickstarter marketing tips and the best strategies to get funded 8 VR cameras to perfectly capture the world around you