Ever wish the virtual reality shopping experience you had on a store’s website or e-shop was a little more reality and a bitless virtual? Do you wish you could avoid the hassle of waiting for 3D models to load only to have to return to the product website to click "buy now"? Apple, god bless them, seems to have found a way around all of that with an update to its Quick Look augmented reality tool. 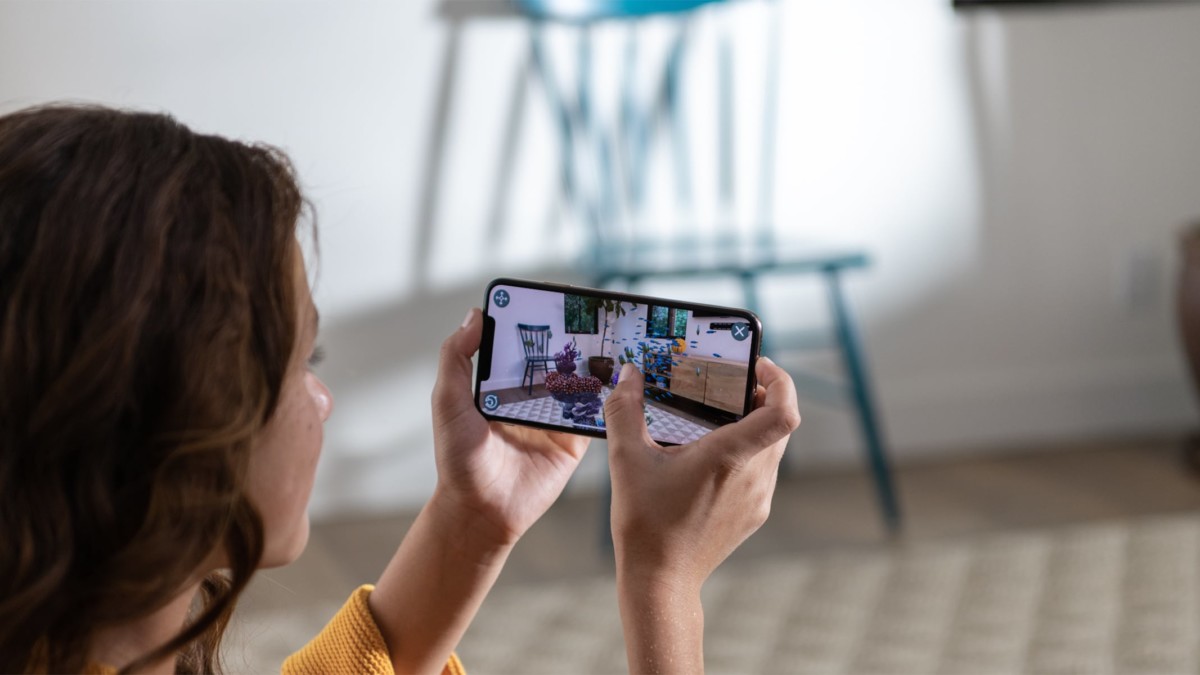 Apple’s Quick Look AR feature previously allowed users to get a preview—or quick look–of files, images, notes, and product stickers and 3D models from retailers. Now, those product models could include a button that would send you directly to a buy now page or a chat to learn more about the product. So get your iPad and iPhone ready. It looks like Apple is going to make AR more helpful in the mobile purchasing process.

Previously, says The Verge, the Apple Quick Look AR feature let retailers display a flat sticker or 3D model of products in AR so that shoppers could get an idea of how a product might look in a real-world space, such as their living room. According to TechCrunch, with the update, retailers can now add a button to their AR preview. Then the button could allow customers to purchase the product through Apple Pay immediately. For instance, as you scan AR models of that new couch you’re interested in buying, this button could allow you to buy the one you like quickly. 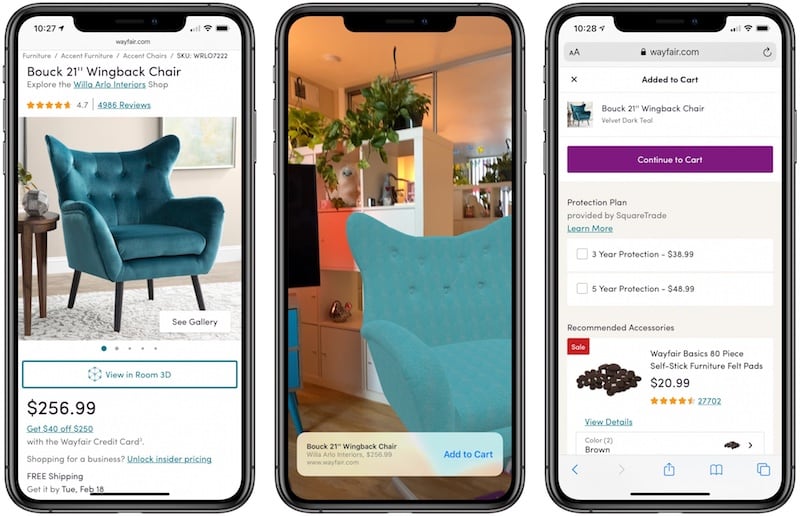 Currently, several retailers already support Quick Look. According to TechCrunch, Wayfair, Home Depot, Bang & Olufsen, and 1-800-Flowers all have Quick Look capabilities. So if you want to buy a rug from Wayfair, you could see how it looks in your living room through Quick Look. If you like it, you could press the “buy now” button, which would take you directly to the buy now page. 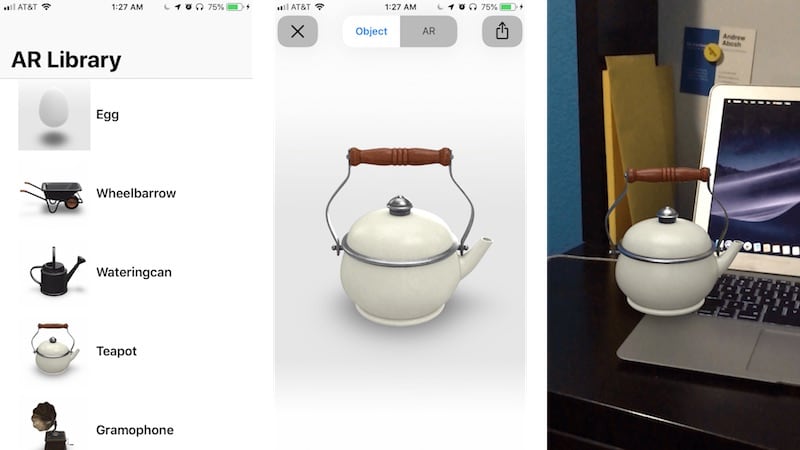 How does Apple’s Quick Look AR feature work for shopping?

According to The Verge, Apple introduced Quick Look in 2018 when they released ARK 2. Back then, the feature only let users browse AR models of products that retailers supplied. If you wanted to purchase the item or do more research, you needed to close Quick Look and visit the company’s website or online store independently. Depending on the store, you may also have needed to download their app. A time-consuming process, indeed. But with these new buttons, you could avoid the extra steps and go directly from browsing the AR version of the product directly to the product’s buy page.

TechCrunch says that Apple is also quietly releasing support for spatial audio in Quick Look in developer builds of iOS and iPad OS. This would allow the 3D models of products to have sound. For instance, a speaker you’re interested in buying could blast music, or an instant espresso maker could make its characterizing steamed pressure sound from wherever they are in a room. As you move around the room, the sound would change depending on your position. It’s all an exciting prospect that could change the way we shop online.

Is AR the future of shopping?

TechCrunch mentions that in 2018, Adi Tatarko, Houzz CEO, said that users of their AR tools were 11 times more likely to buy a product. Similarly, Build.com found that people who browsed for an item in AR were 22% less likely to return it. So there are benefits to AR in the mobile purchasing process for both retailers and consumers. Can you imagine experiencing the look and sound of a new set of coffee mugs on your tablet before you purchase them? It sounds—sorry for the pun—like a scenario that’s ready to happen.

TechCrunch predicts that it will only work if the feature is easy to use, feels native, and is quick. The more hassle users encounter, the less likely they will be to adopt such a feature, which makes sense. At the moment, sometimes, it’s still easier to drive to the grocery store to see and pick out the food you want for the week instead of having to wait for pages to load every time you want to inspect a product further. Plus you’d get to go somewhere, and you know, see other people. A quick, easy-to-use AR feature could change that, however. 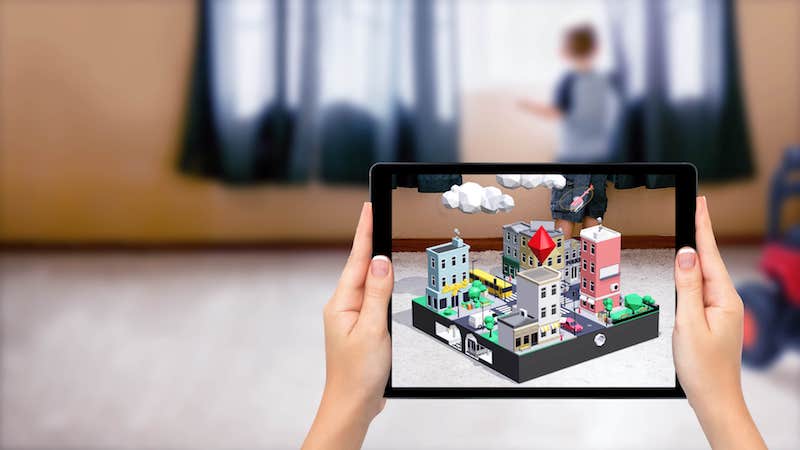 When will the new Quick Look feature be available?

The new Apple Quick Look AR feature is already available. According to 9to5Mac, Home Depot, Wayfair, Bang & Olufsen, and 1-800-Flowers introduced their new Quick Look integrations in mid-February 2020. We’re excited to see what this will mean for Apple users’ online shopping experience and, later, that of everyone. 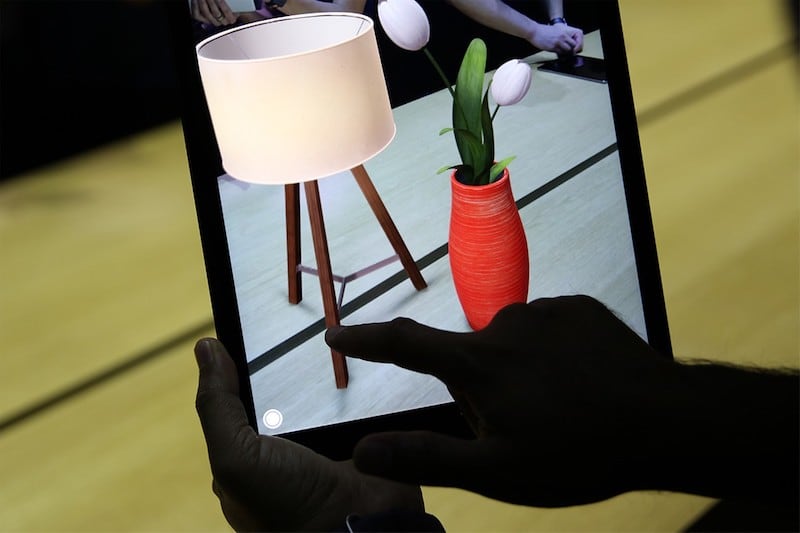 Shopping in AR with Quick Look

Developers interested in adding an Apple Pay or another custom button to Quick Look, can read Apple’s developer guide here.