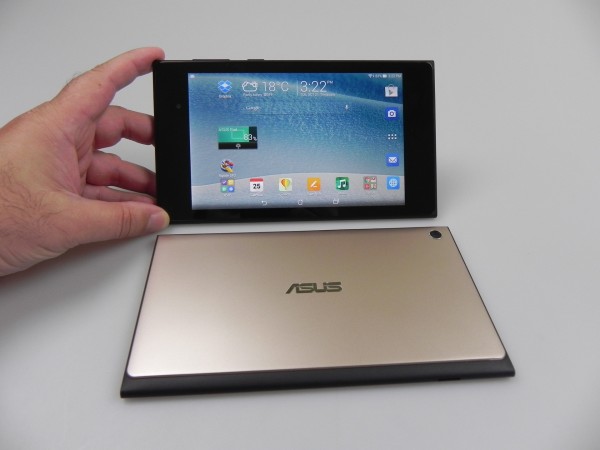 ASUS has come on strong in the last year. Before then, ASUS was known more for laptops and desktop computers than anything portable but recently, they’ve really upped their game. They have some fantastic ultrabooks and an amazing smartwatch, the ZenWatch, which is arguably the best looking Android Wear device. Now, they have an excellent tablet that is worth a closer look, especially since most people seem to not even know it exists. Now, to be clear, there are actually 3 MeMo Pad 7’s in existence so the ME572C is the model you want to find; the other ones are budget tablets which might be good for some but I’m all about the latest and greatest from each manufacturer; this one just happens to have an excellent price to back up some great hardware. 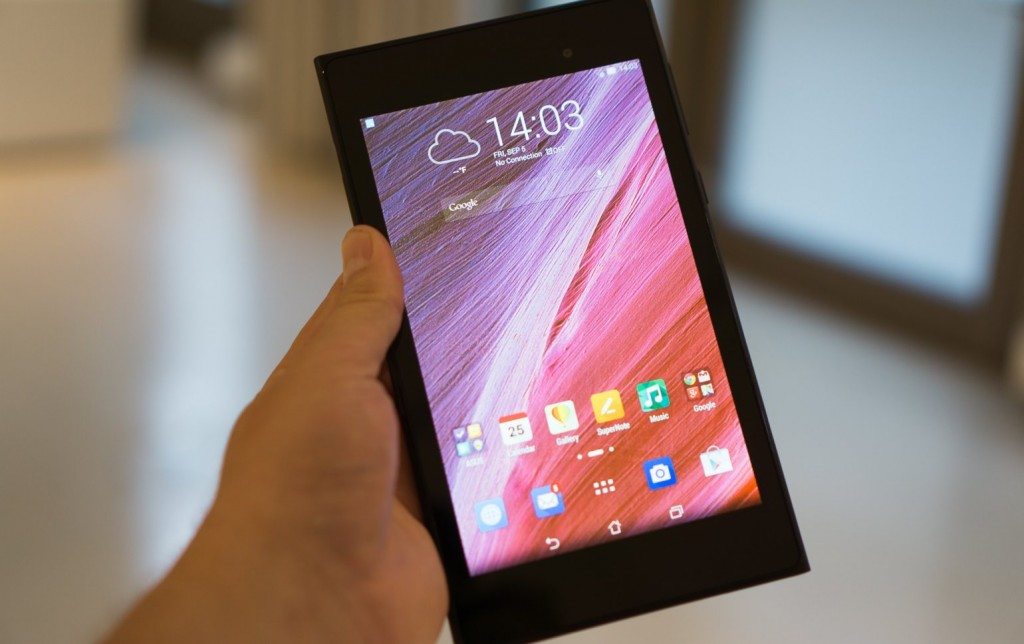 The ME572C (doesn’t really roll off the tongue, I know; MeMo Pad 7 Plus would have been a better name) is a very interesting looking tablet. From the front, it’s a pretty drab 7 inch tablet with bezels that are similar to the Nexus 7. I personally like the big bezels because it makes holding it in landscape much easier and more comfortable. Granted, with such big bezels, I’d also like front facing speakers but for the price point of the ME572C, I’m not going to argue. The screen is definitely worth mentioning as it is a Full HD panel which results in pretty great pixel density for the size and especially for the budget.

After you’re done ogling the front, you’ll probably have picked it up by this point and realized that the back has an interesting texture. The ME572C has a similar feel to the back of the Droid Turbo with the ballistic nylon which gives it a personality compared to the boring plastic backs. 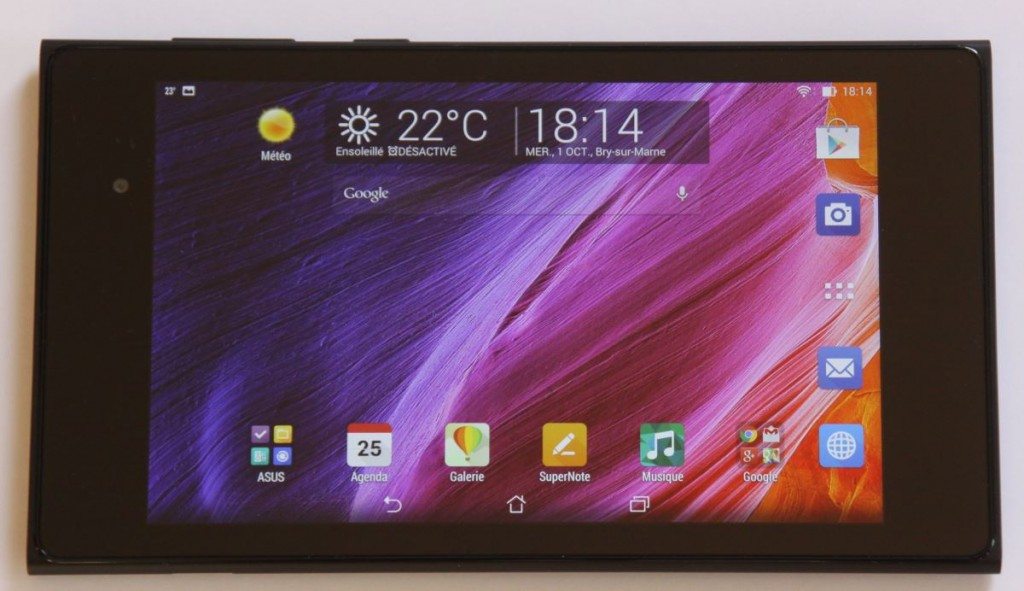 It can’t just look good, it has to perform well too. The ME572C isn’t a top end tablet so if you want the fastest, you already know what the options are so don’t waste your time here. But if you want a solid performer without breaking the bank, the ME572C is the best option. It runs the latest Intel Atom processor with the graphics chip from the iPad Air and iPad Mini. You’ll be able to run everything besides the super graphic intensive games without stutter or failure but it won’t compare to the NVIDIA Shield Tablet or Nexus 9.

Then again, the ME572C is perfect for my usage. I read and answer emails, watch YouTube and occasionally play some basic games. Plus the size keeps it extremely portable and useful. It also has two cameras, front and rear, for any of those tablet pictures that you might want to take. Finally, a microSD card slot for cards of up to 64GB means you can get some fantastic memory capacity for cheap. If you need a basic but reliable and capable tablet, the ME572C is for you. In fact, I may be purchasing this as my daily use tablet. I’ll be sure to do a full review if I do!