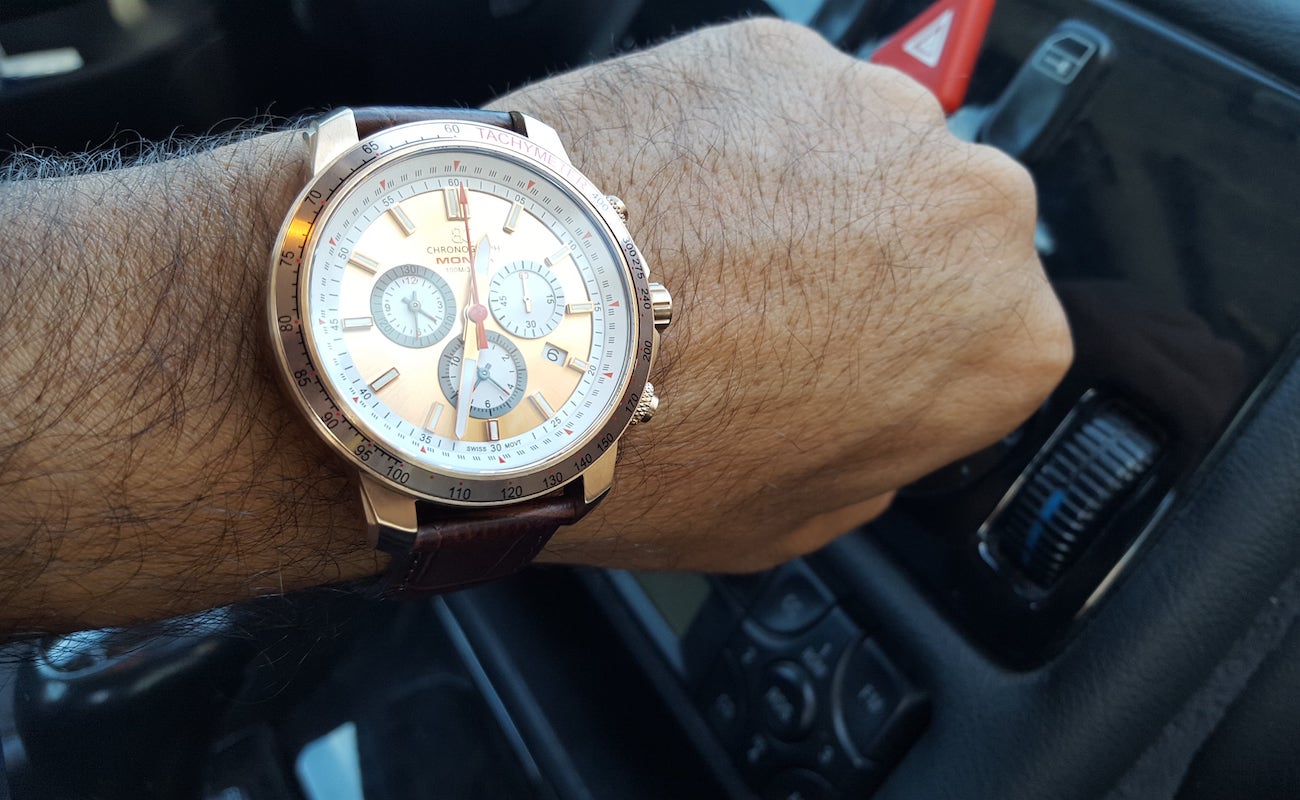 Since the glory days of James Hunt and Niki Lauda, Formula 1 has always been about excitement and style. The cars are pretty, and many of the drivers are millionaire playboys. Furthermore, the sport puts technology at the forefront. The tiniest miscalculation at the engineering stage can lose your team a place on the podium. The BC Formula 1 Luxury Race Watches are constructed with the same sense of precision. In addition, they evoke the grand circuits of motorsport, making you feel like a racing legend.

Motor racing is carefully controlled nowadays. Every race track must have safety barriers, and cars have roll cages that are virtually indestructible. But it wasn’t so long ago that such precautions were not in place. Formula 1 drivers were risk takers who gambled with their own lives in every race. The sport’s rich history is filled with triumph and tragedy in equal measure.

But the danger brought with it a sense of excitement. BC Watches has tapped into this vein with two collections of beautiful timepieces.

The watches celebrate two greats of the sport. They evoke both the classic style of F1, and the innovation. 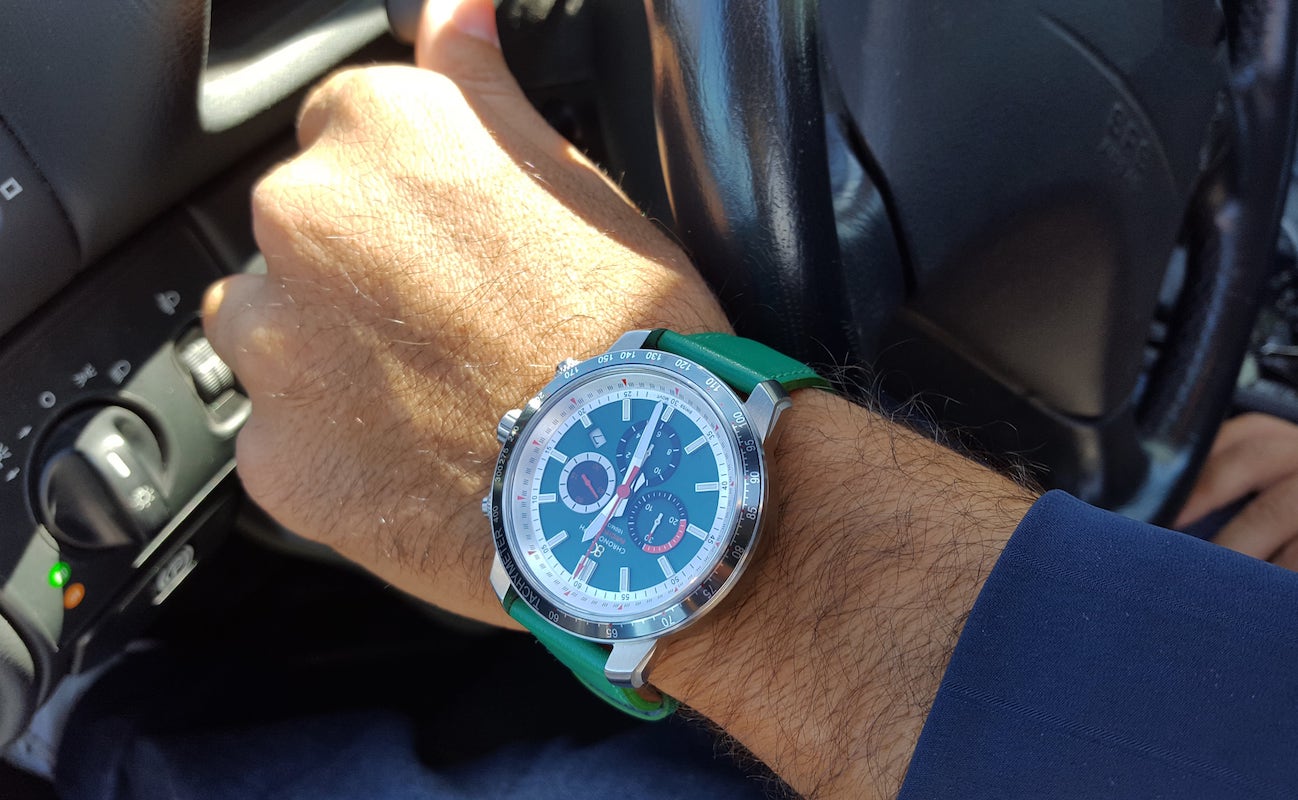 Known as the Temple of Speed, the Monza racetrack near Milan is one of the fastest on the circuit. Built in 1922, it is also the third oldest dedicated racetrack in the whole world. Apart from one missed year, a Grand Prix race has been hosted there annually since the championship began. 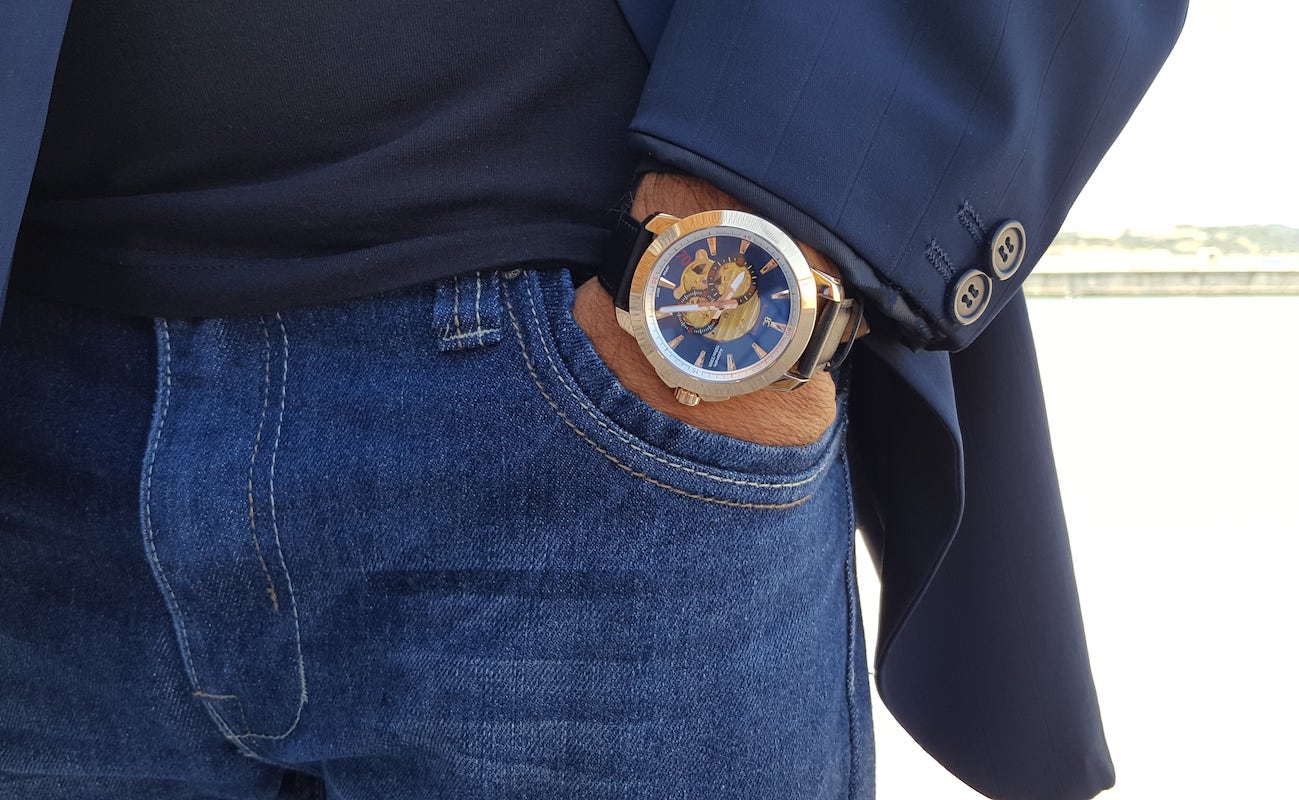 The Monza series watches pay homage to the legendary circuit with bold colors and high-quality movements. Each watch has a slimline case made from 316L surgical steel. You can choose to have the metal polished or brushed.

Luminous hands revolve around the main dial, protected by sapphire glass. Three smaller chronograph dials count the seconds, minutes and hours. Some editions add a tachymeter to the design, and calendar functions. Meanwhile, the strap is genuine vegetable-tanned Italian leather. It has a butterfly clasp, and a quick-release attachment. 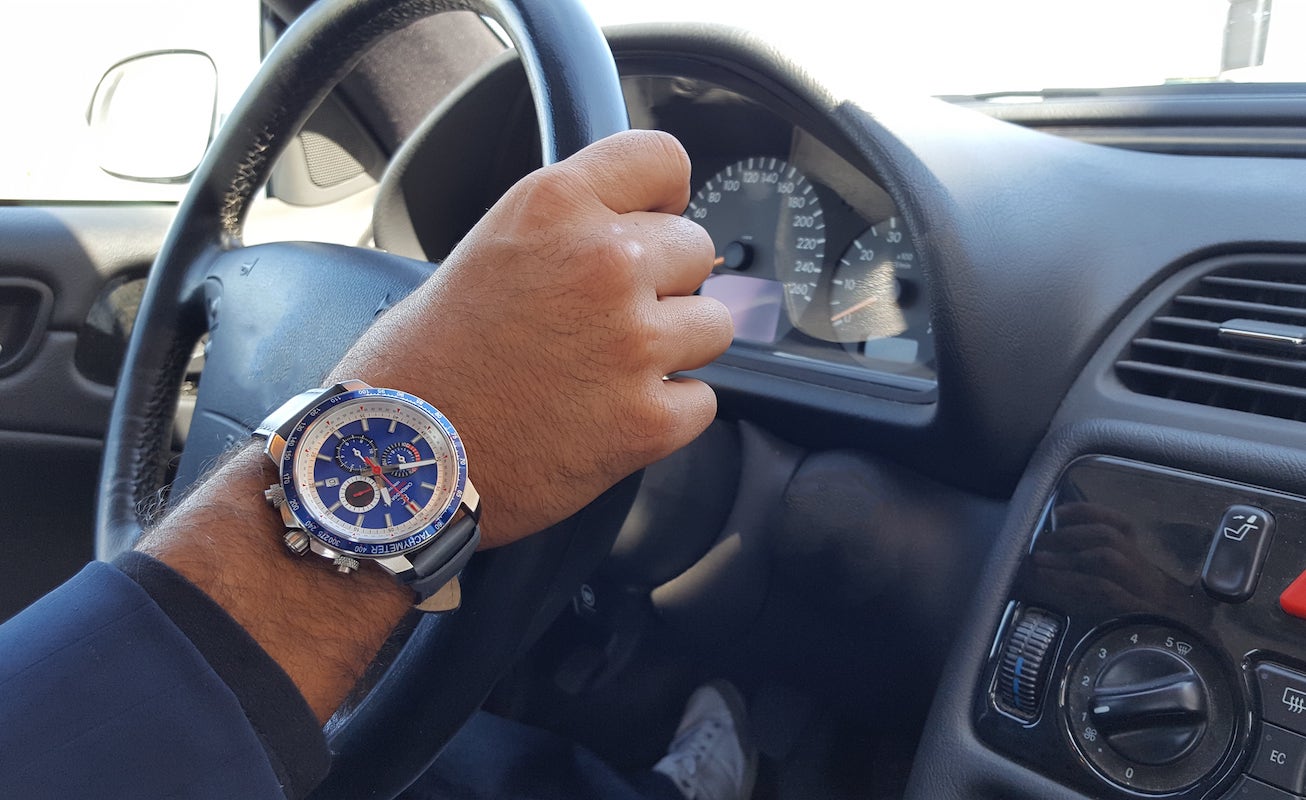 There are seven versions to choose from, with varying dial and case colors.

Like Monza, Ferrari is a name with pedigree. The rampant stallion debuted in 1940 atop a car driven by Enzo Ferrari, the founder of the company. Acclaim and trophies have followed ever since.

Like the Monza series, the Anniversary series watches are crafted with care. You can choose between Swiss Ronda and Japanese Miyota movements, and two dial layouts are available. 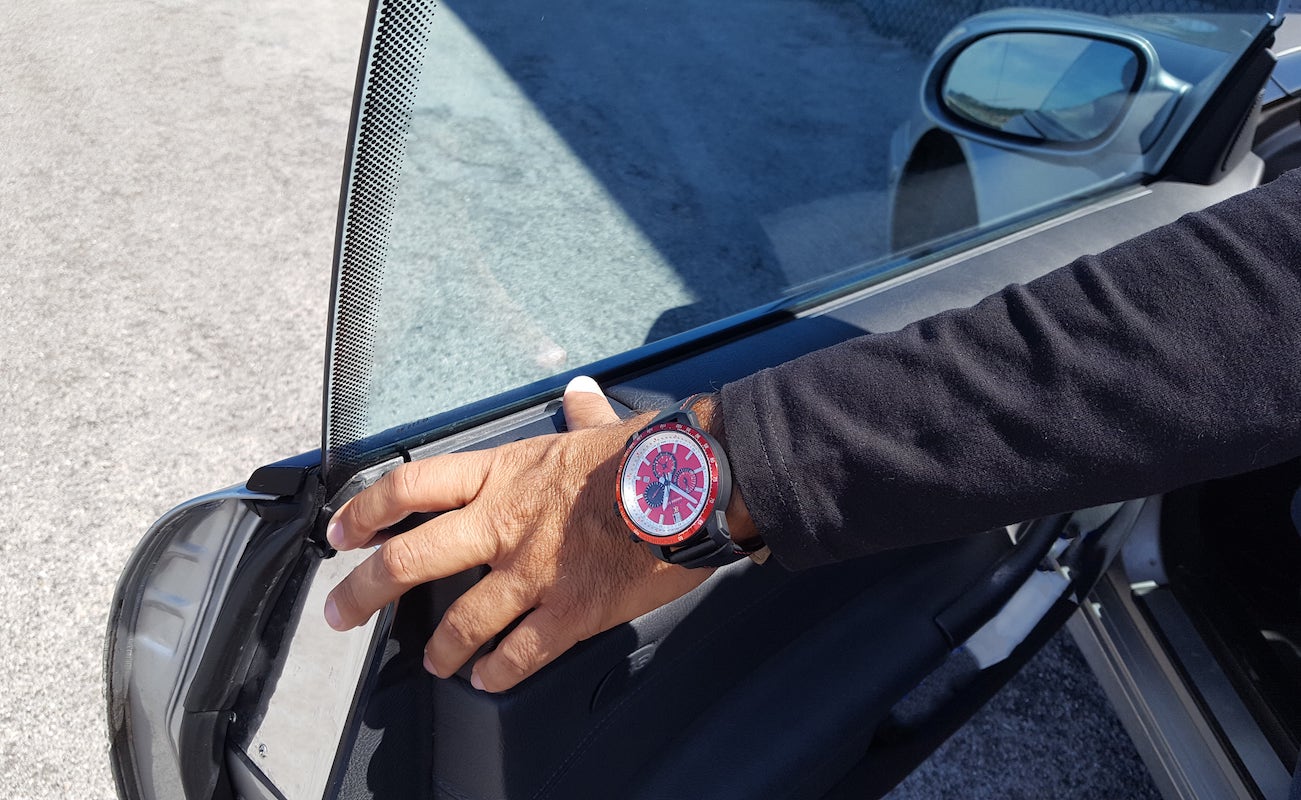 In addition, the watches in both series are water-resistant to 330 feet. They offer truly spectacular specifications and design for the price.

“About five years ago, I gathered all my technical knowledge, contacted old friends, visited tanneries and metallurgists. I met with renowned watchmakers in Italy and in Switzerland as well as expert Asian manufacturers.”

“I was able to obtain high quality watches with a unique Italian design, to remove the stratospheric costs and, thus, was able to drastically reduce the sale price.” — BC Watches on Kickstarter 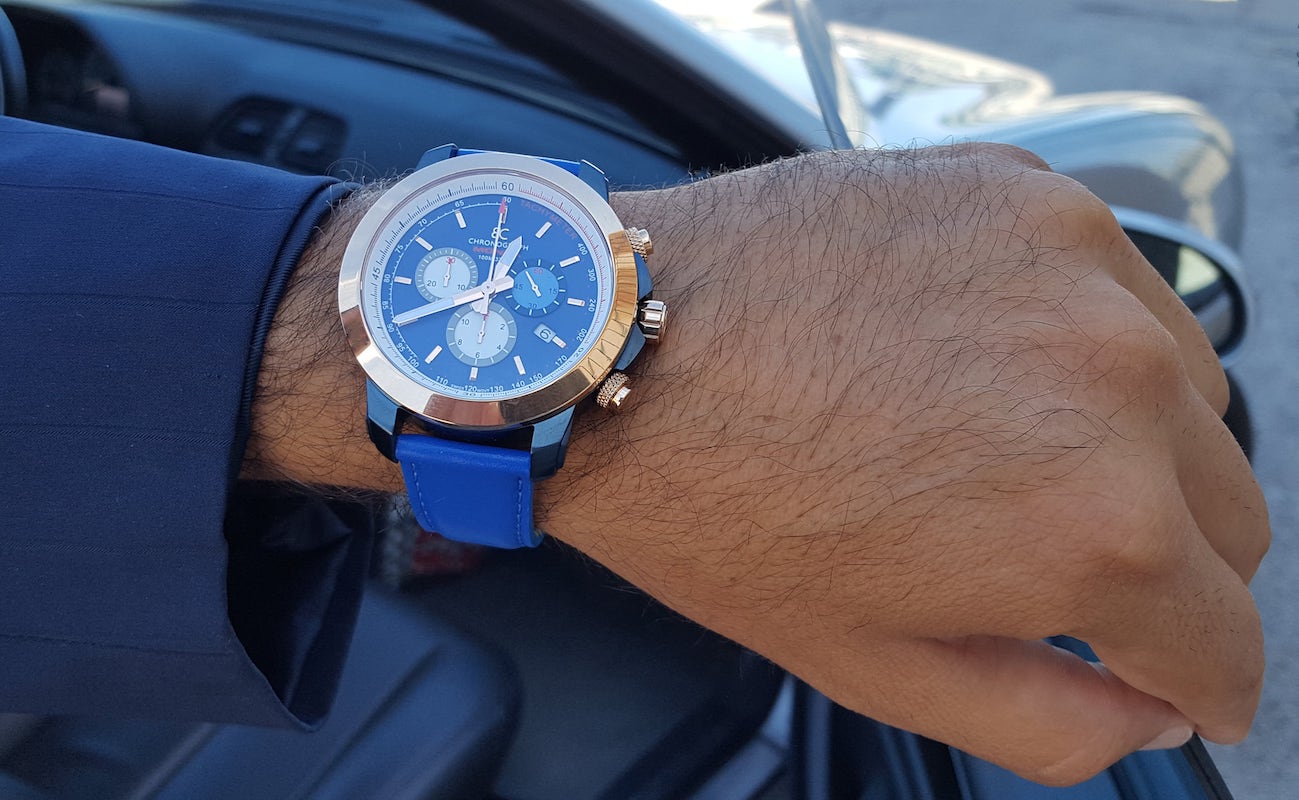 High-end design at an affordable price. Motorsport fans will also love the connections.

Motorsport is filled with history, so we would love to see more series in the future.