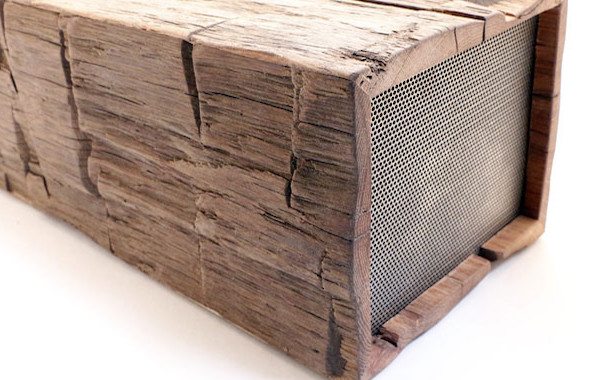 Equal parts American craftsmanship and modern technology, the BeamBox from ClawHammer out of Virginia is as much a piece of wonder to look at as it likely will sound. Its idea is to bring back to homes the notion of quality wood, in this case reclaimed, as a slick looking outer cabinet for home electronics. It is currently seeking crowdfunding support off of Kickstarter to become a reality.

Zack Jester of Clawhammer is the one pushing his skill set as a cabinet maker in the design and creation of BeamBox. Wood that has been aging for decades naturally in and on barns is the source of its materials for this project, and his plans are to shape each piece he reclaims by hand into unique looking home audio systems. This particular material is something we are seeing more of in a range of products, be it earbuds, smartphone stands or simple workstations for the home office. 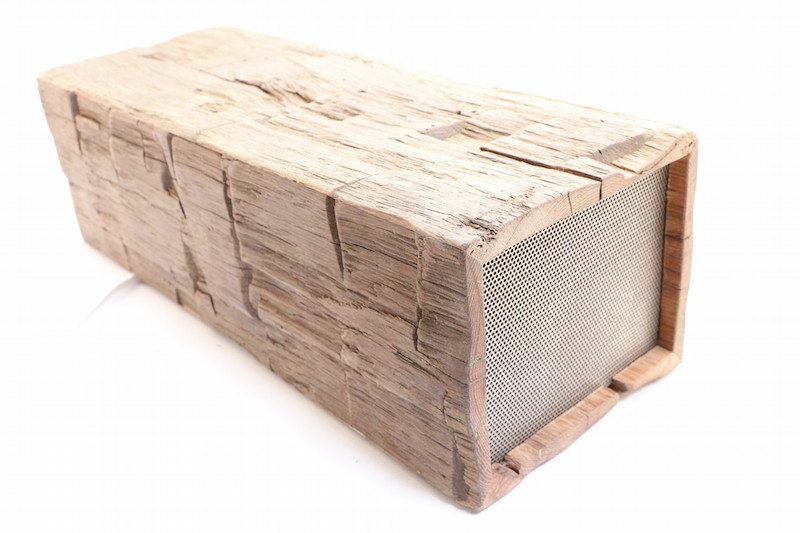 Perhaps more than anything else what is very special about this undertaking is idea that the raw beauty of the aged wood built into each of these systems will have a story that pre-dates them being constructed by Jester. Though you won’t necessarily know what building this material came from or the workings of what went on within it, you can rest assured in knowing that in some small way it helped to tell the tale of the American dream.

With regards to the technology inside each BeamBox, Clawhammer has incorporated into it wireless Bluetooth support. This will allow you to stream from your favorite audio device such as an iPhone or iPad the tunes you need to, say, unwind after a long day or get things hopping for an ongoing party. Wireless range is 100 feet line of sight, though this may vary somewhat depending upon the output unit. 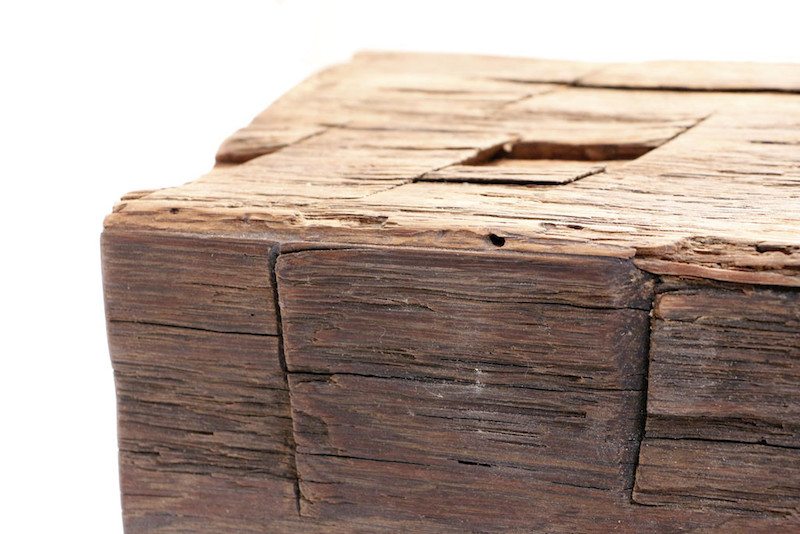 Right now the BeamBox is in the early stages of its Kickstarter campaign, and among the perks for those who do higher end pledges is a portable version of the BeamBox known as the BarnBox. The unit itself prices around $350, and assuming all goes to plan you can expect to see yours by the end of the year.