Belkin's upcoming iPhone 12 stand, the Magnetic Phone Mount with Face Tracking, secures your smartphone while you're recording videos. But it goes a step further. It'll even track your facial movements and move accordingly to capture every expression you make. Check out more in today's blog. 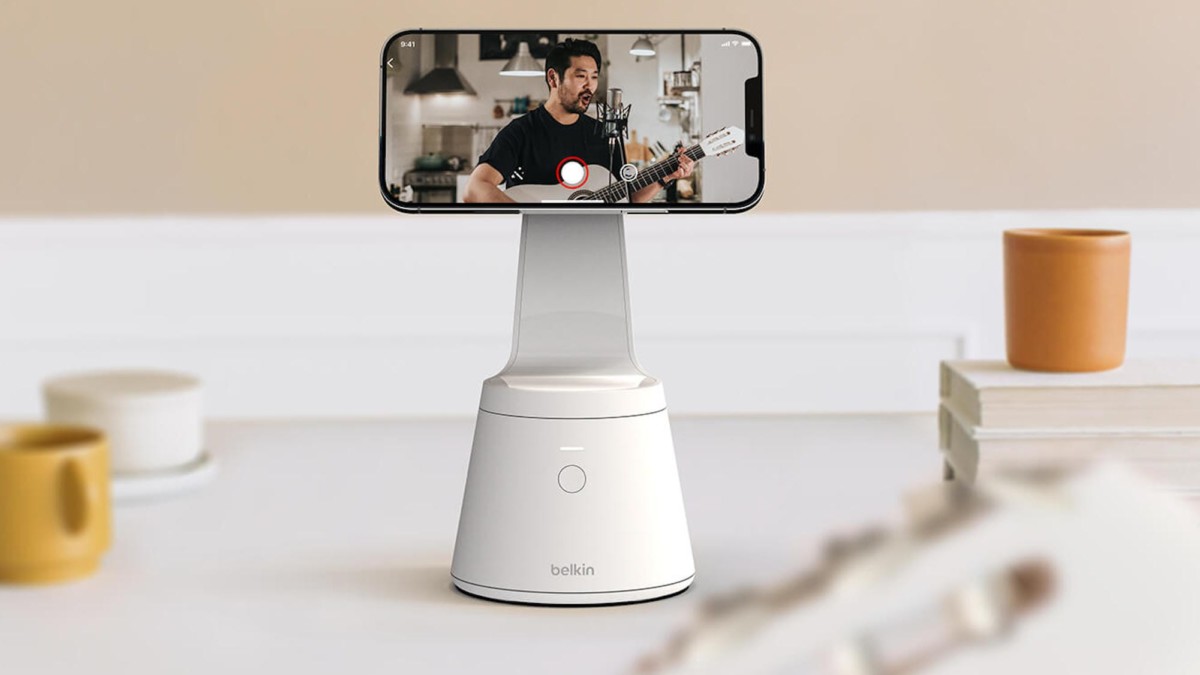 Belkin’s iPhone 12 stand does so much more than provide a home for your smartphone. It also tracks your face and rotates and adjusts to shoot content from any angle. And there’s even an app that can follow your movements and record directly to your social media platforms, including Facebook, Instagram, YouTube, TikTok, and more.

It’s designed for recording enthusiasts, vloggers, and musicians. Or those who’ve been recording self videos at home (think home-based personal trainers). It’s not compatible with some of the main videotelephony software apps, such as FaceTime and Zoom. Although, it does provide a useful general stand when you’re videoconferencing.

Auto-tracks your face when you’re recording

The Magnetic Phone Mount with Face Tracking, auto-tracks your face—in a non-creepy way—and can move a full 360 degrees along with you. This is a great addition to the iPhone 12 and 12 mini that boasts a 120-degree field of view. Moreover, you can adjust the Belkin iPhone 12 stand vertically from -15 to 30 degrees to best capture you and your movements. So, although this gadget isn’t aimed at those following online exercise tutorials, it’s great for those videoing fitness videos, for example.

You can also use the device to shoot dancing and music videos or other scenarios that require natural movement, without any restrictions. It’s also a useful gadget for videoing a group of several people, so nobody gets cut off the screen.

Aligns and holds your iPhone 12 securely

Designed specifically for the iPhone 12 series, the Magnetic Phone Mount with Face Tracking snaps your device into place with an easy, one-handed placement. So you can use it as a permanent home for your device to clearly read notifications when you’re working. It’s not just for recording videos. And it’s compatible with MagSafe cases for maximum convenience. Best of all, it aligns your phone perfectly every time, so there’s no need to readjust your phone. And it won’t fall flat while you’re recording a video, resulting in fewer retakes.

In addition, you have the option of placing your phone in landscape or portrait mode, which allows you to customize videos when it might otherwise be difficult with a traditional phone stand.

Overall, this Belkin iPhone 12 stand looks fancy next to your MacBook and perfectly displays your smartphone. But we’d have loved to see a few extras, including wireless charging and compatibility with well-known videoconferencing apps, including Zoom. Or even just an automated mode that tracks your motion when you’re moving around the kitchen but still want to see the screen to follow a recipe. Belkin’s website also states that you’ll need 3 x AA batteries (not included) to power the gadget with face-tracking, and there’s no option to connect via a cord.

Belkin has yet to announce a release date for this stand. The brand’s official website confirms that it’ll cost $64.99. What are your thoughts? Let us know in the comments.