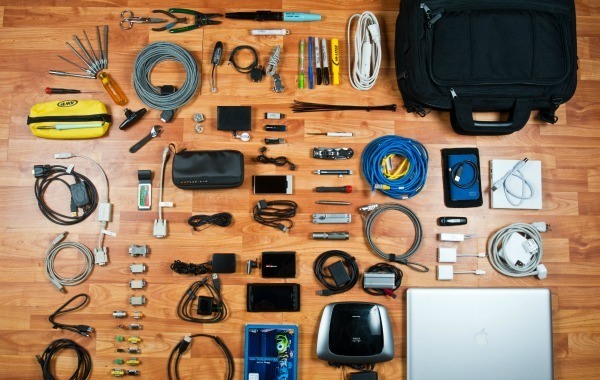 The days of searching for an outlet for your phone charger may soon be over. Wireless charging is here, but it isn’t perfect just yet.

However, researchers are quickly innovating new wireless charging technology that may revolutionize how we use our mobile devices.

Several new phones from manufacturers like Samsung, Google and Microsoft feature built-in compatibility with wireless charging. Other models require an adaptor, a specialized case or a rear cover to connect to a wireless power source.

There are plenty of wireless charger models available from cell phone companies, including Samsung and Nokia and other manufacturers such as Duracell. Designs range from pads to stands to car mounts, and they usually cost between $20 and $50.

Challenges have stunted the growth of the wireless charging industry. While these difficulties will likely be overcome soon, for now there are still a few serious issues with the technology:

1. The Technology Continues to Change

The world of wireless charging is still very much in flux. The Wireless Power Consortium (WPC), which backs the Qi standard, and Air Fuel continue to battle it out over what the accepted standard will be. Apple is something of a wild card in the standard battle given the company’s interest in wireless charging and their tendency to sometimes reject the standard and instead create their own.

Additionally, researchers and manufacturers continue to come up with solutions that are truly wireless and much more effective than the wireless charging of today. Researchers at Duke University recently unveiled an exciting new method. In their proposal, a flat TV-sized object made of metamaterial would be implanted in the ceiling and could charge multiple devices from up to 32 feet away.

2. They’re Not Exactly Wireless… Yet

As strange as it may sound, wireless chargers are not yet entirely wireless. Sure, there’s no cable that needs to go from your phone to your charger, but the charger still needs to be plugged into a power source.

[tweet_box] Wireless chargers are not yet entirely wireless, and other challenges facing this tech. via @thegadgetflow [/tweet_box]

And while your phone wouldn’t be attached by a cable, it stills need to be in contact with the charging station. The phone needs to be sitting directly on the charger to power up, meaning it’d be difficult to use your phone while charging. Connection to the charger may also be finicky and would require a precise orientation of the phone creating difficulties in maintaining a continuous charge.

Using a wireless charger is not as fast as a wired charge. In fact, it takes twice as long to charge a Samsung Galaxy S6 using wireless. This could be a big inconvenience if you’re in a hurry. It also still requires energy itself to operate, of course, so you aren’t really saving anything there.

Wireless charging is less efficient than plugging your phone in, and much of that energy is lost to heat. Your phone will likely be warm to the touch when it’s finished charging. You won’t burn your hand, and the heat won’t destroy your phone, but excess heat is not good for your phone’s battery and will shorten its lifespan slightly.

Imagine a world where dead batteries are practically a thing of the past and where a device tucked inside the wall constantly keeps your phones and other devices charged. While the thought of wireless charging is exciting, we’re not quite there yet.

Today’s wireless charging allows you to avoid plugging in your phone, but that’s about the only benefit it provides. Wireless charging is actually less mobile than wired charging, still requires energy use and takes longer.

Besides, today’s technology will be outdated in the near future. Wireless charging technology will transform the way we use our devices, but it would be wise to wait until we’re closer to that actually happening to cut the wire.