Worried That Your Battery Might Explode? EXPLOSHIELD Is the Ultimate Protection 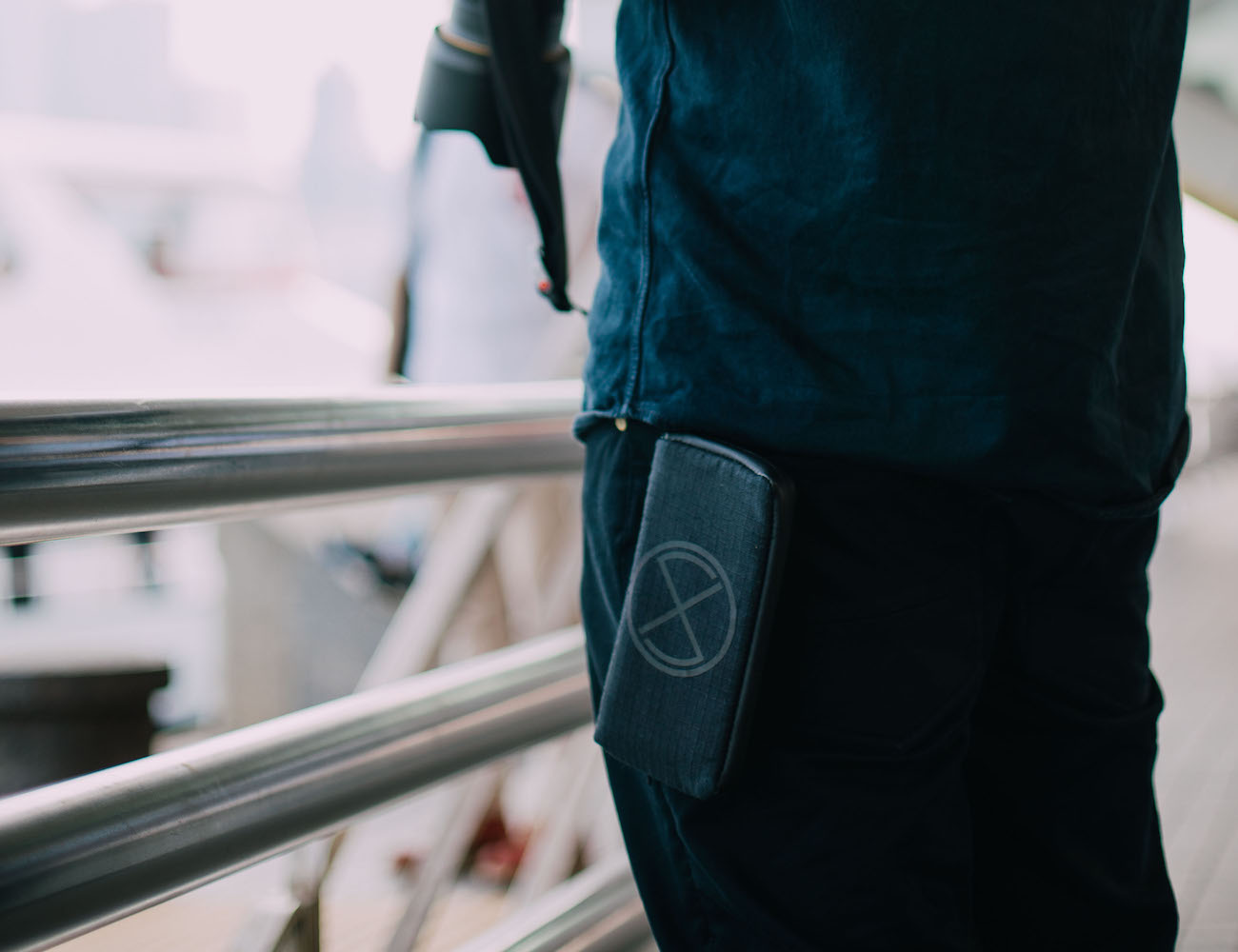 Under normal circumstances, you would hope that no phone or laptop would burst into flames. Unfortunately, recent events suggest otherwise. After Samsung’s struggles and countless other incidents, you might want some extra protection. EXPLOSHIELD ABS is the first ever bomb suit built for batteries. It uses the same material chosen by NASA for shielding astronauts from flying debris and fire. The pouch is small enough to fit in your top pocket, storing your phone or backup battery plus credit cards.

– Kevlar and Nomex material is five times stronger than steel

– Soft inside layer won’t scratch screens, but will contain explosions and fire

It must be said, battery explosions are quite rare. Top manufacturers test their products rigorously. But these accidents do happen, and the consequences can be terrible. When exposed to water or oxygen, lithium becomes as dangerous as gunpowder — so damaged batteries can be lethal. Imagine someone lighting a firework in your pocket, and you might have some idea of the horror.

If you would prefer to avoid such inconveniences, you should check out EXPLOSHIELD ABS. Like the human bomb suits worn by space explorers, this tough little pouch can withstand serious punishment. With three layers of protection, you can safely carry any small device or backup battery.

It could just save your life (and the rest of your bag). 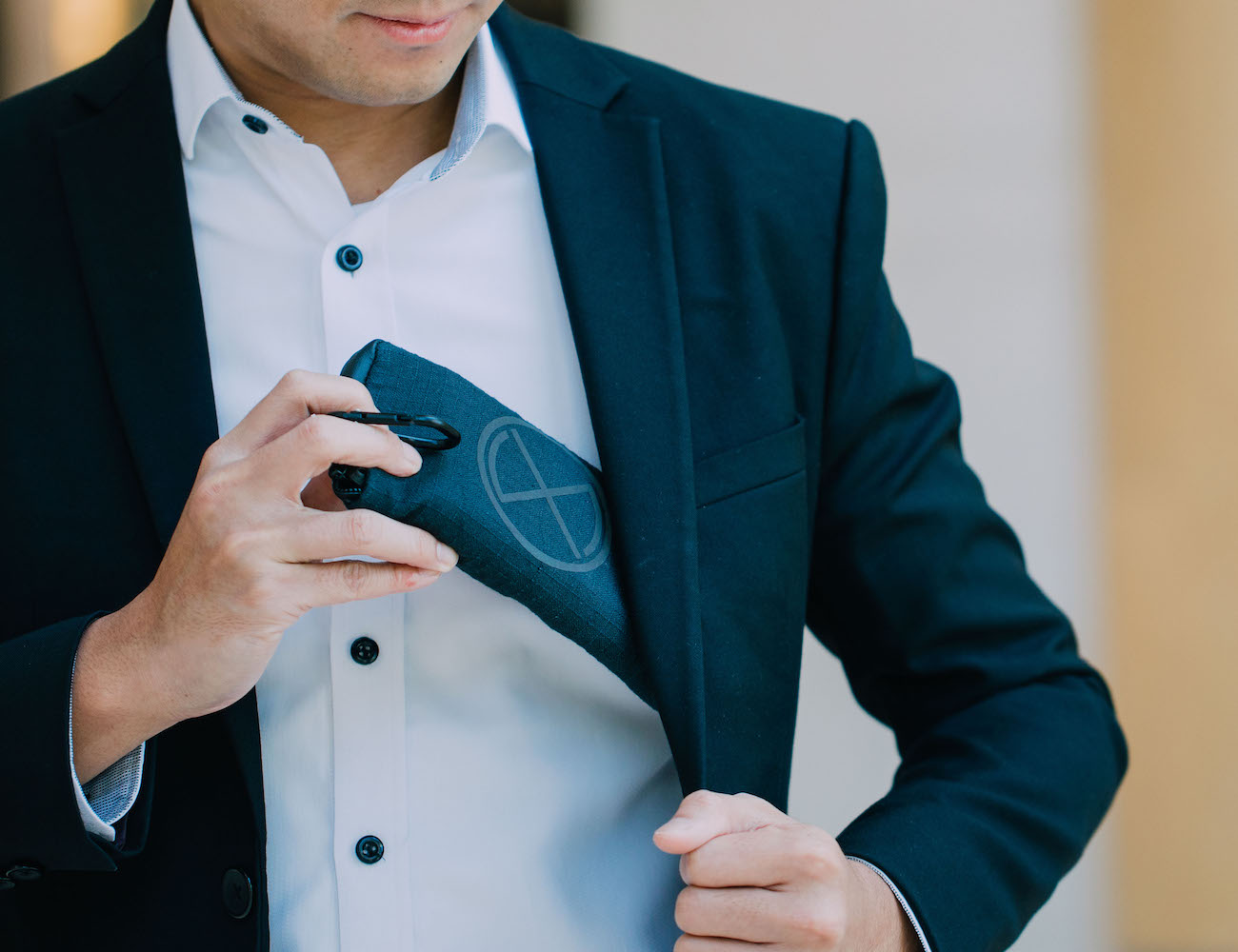 The lifetime of the average power bank is between 200 and 1000 cycles. After this point, it starts losing its capacity. As your battery slowly dies, the chances of catastrophic failure increase.

To survive the worst case scenario, EXPLOSHIELD is made from tough stuff. The shell is made from three layers of bulletproof Kevlar and Nomex fibers. Once combined, these materials are five times stronger than steel. In addition, this pouch is certified as fireproof by SGS, the world’s leading inspection and testing company. 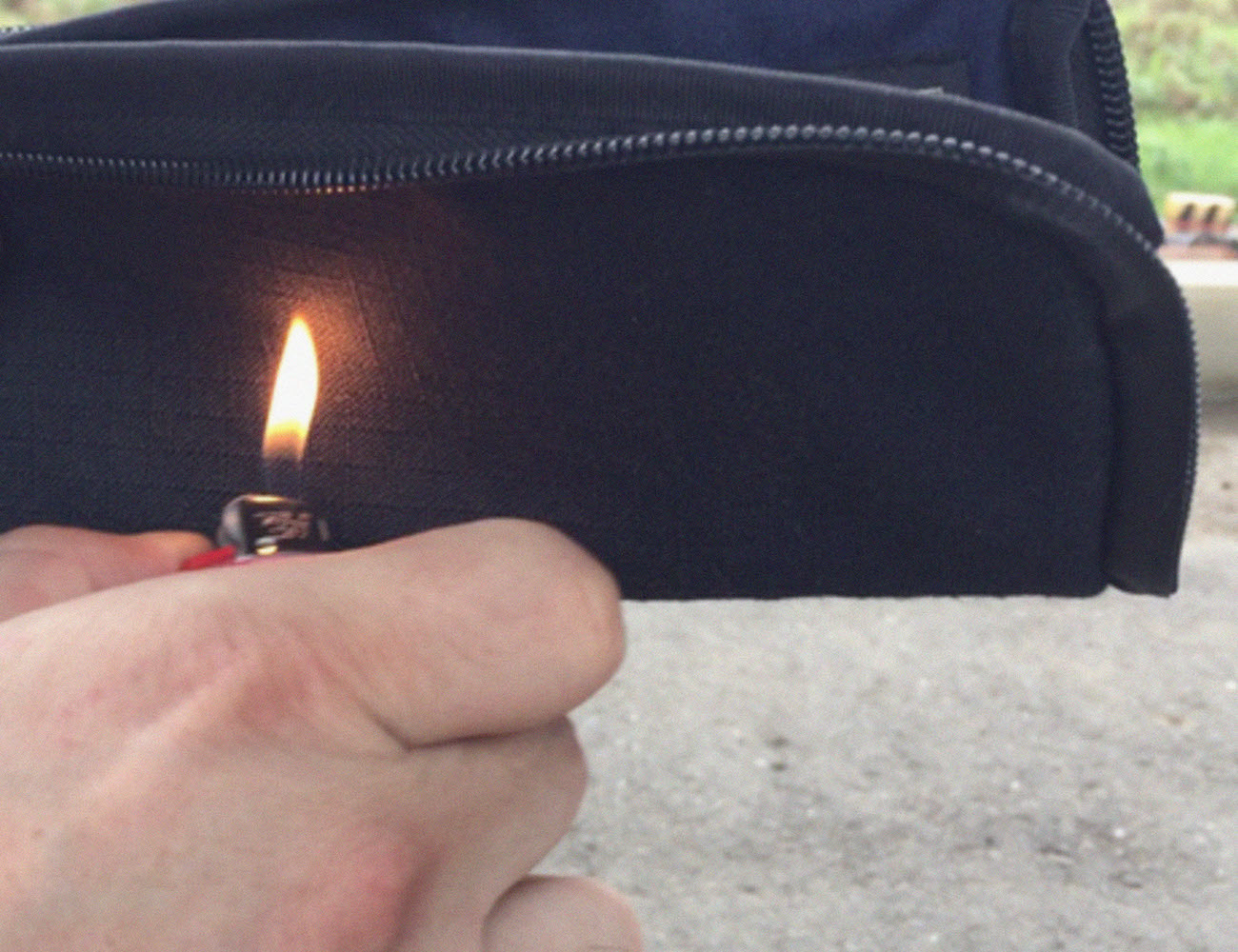 If your frail battery does catch light, this pouch will strangle the fire. Air Shield technology restricts the airflow to your device. Without oxygen, any flames will soon suffocate. 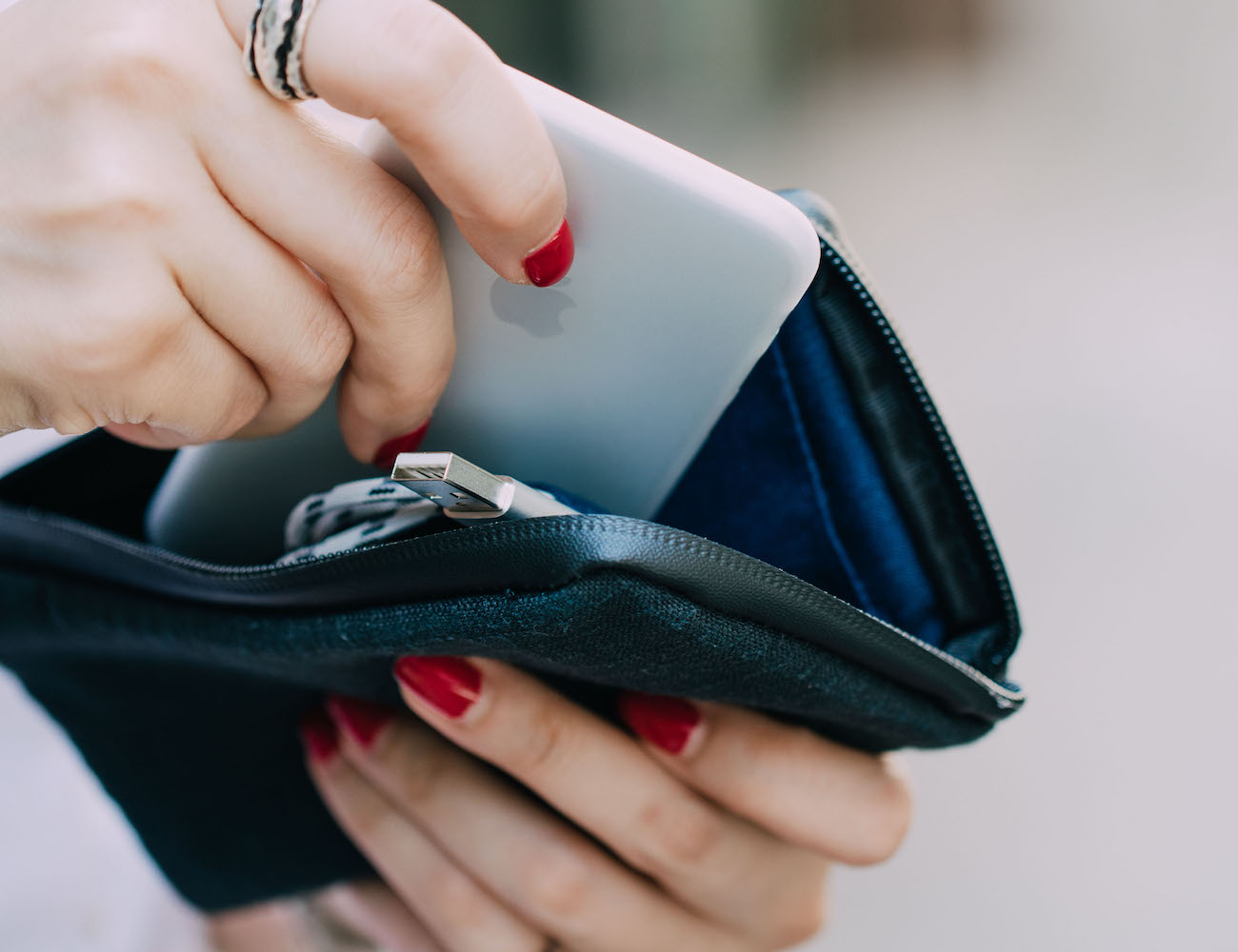 Inside, a soft lining caresses your battery or phone. Touchscreens particularly benefit, because they’re shielded from scratchy things in your pocket. EXPLOSHIELD also has two slots for your cards, and an external carabiner. The latter feature means you can hang the pouch on your bag. 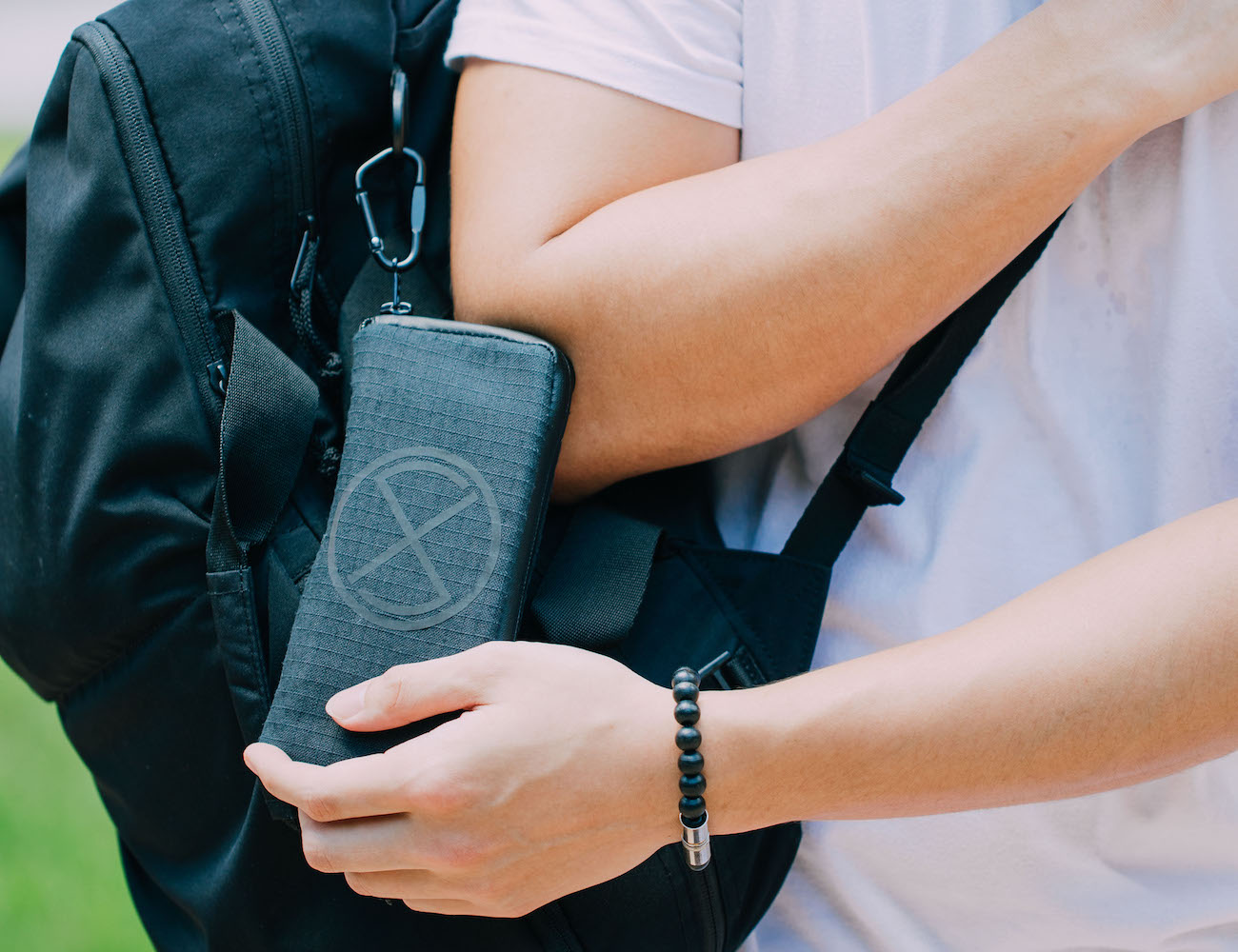 The whole thing weighs just 1.37 ounces, and adds very little bulk. Each EXPLOSHIELD pouch is made by hand, and the case has been tested to destruction. 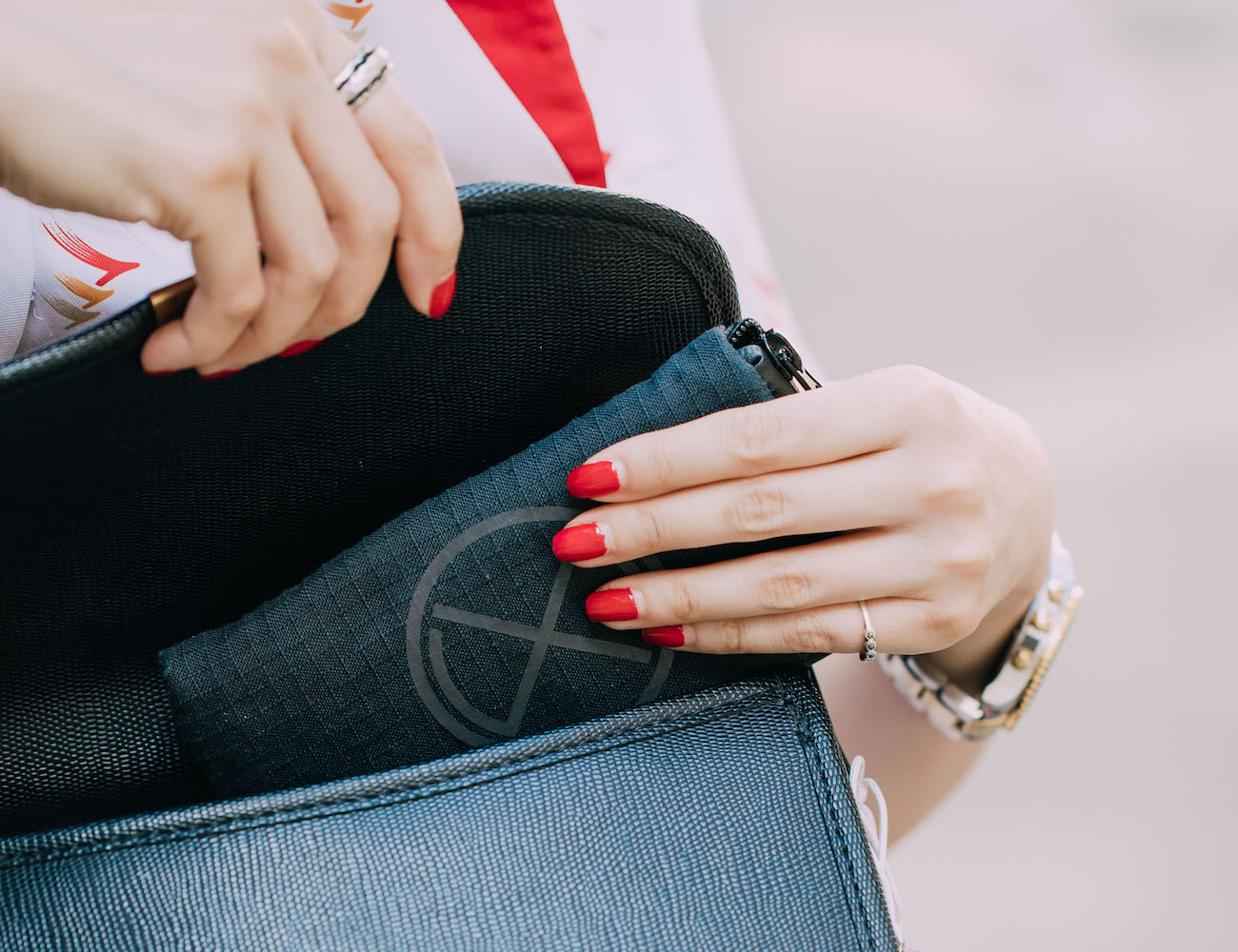 Modern devices push lithium batteries to their limits. With this case, you never need to worry about becoming a human firework.

More sizes would be welcome — maybe a laptop case, or something for larger backup batteries.