Why Facebook Probably Isn’t A Rift In The Oculus Vision

If you’ve been following the news of Facebook’s purchase of Oculus over the last week, you’ve undoubtedly encountered plenty of negative perspectives, ranging from concerns about Facebook as a company with a spotty history in gaming to fears that Oculus will become a Facebook-branded social nightmare full of spammy ads, endless notifications for meaningless addictive games (looking at you, Candy Crush), and sinister data-mining practices.

There’s a whole lot of negativity surrounding the purchase, and in the interest of not beating the same proverbial dead horse, I’d like to discuss a few things that aren’t how lame everyone thinks Facebook is. While some of the concerns about Facebook’s acquisition of Oculus are valid, I’d like to take a look at why we shouldn’t panic just yet.

Get Big Or Get Bought

I’ve been following Oculus for awhile and it’s been exciting to watch the charming little underdogs of VR build prototypes, get funding, and start shipping developer kits with the help of a Kickstarter army of other people who shared the Oculus vision for the future of VR.

They couldn’t stay underdogs forever, though. Consumer VR is going to be exciting, but also very expensive. We knew they were either going to have to get big or get bought.

I’ll admit that Facebook would not have been my first choice for an Oculus purchase. It’s not an obvious fit upon first impression, but Palmer Luckey (founder of Oculus) seems confident that once Oculus can announce what they’ll be able to do as a result of this deal, that we’ll all understand why they teamed up with Facebook. Hopefully, he’s right.

In the meantime, it’s important to remember that the reason for the success of Oculus thus far and the reason for much of the faith in the company is the team behind Oculus, not just the physical product.

So far, the team remains intact. Palmer Luckey, John Carmack (Oculus’s CTO) and Brendan Iribe (CEO) are still driving the shuttle. These are the guys who helped turn every nerd & gamer’s dream into something viable. With the help of a wildly successful Kickstarter campaign, they started selling dev kits and getting the tech into the hands of the developers. And very recently, they brought former Valve AR/VR pioneer Michael Abrash aboard as chief scientist at Oculus, proving that their association with Facebook won’t keep big talent away from the company. Quite the list of achievements in a relatively short period of time.

Even so, doubters seem to suddenly assume that the Oculus team is either easily hoodwinked or fundamentally disingenuous, prioritizing a big payoff over the future of their carefully developed labor of love. Do we really think that a company full of passionate and intelligent individuals–individuals who have staked their careers on the success of Oculus Rift and the future of VR–would enter into a deal with Facebook without having some kind of assurance that they’d be able to follow through with and deliver on the mission of Oculus?

Of course not. Some of the more developed and coherent concerns are certainly valid, but a lot of the negativity is relatively unfounded. And, as evidenced by products like the iPad (remember the feminine product jokes?) or the many redesigns of iOS, pretty much everyone hates pretty much everything when it first comes out. People don’t react well to change, especially when surprised by it.

Luckey has stated that Oculus won’t change under Facebook’s ownership, and while that’s not totally true (because of course they’ll change, that was kind of the point of getting all the money and resources), I think that Oculus deserves our confidence.

Furthermore, John Carmack is a game-god and visionary in his own right, and not likely a guy who’s ready to watch one of the most exciting developments in gaming technology go down in fiery Facebook flames. When John Carmack is worried, then maybe it’s time to panic, but for the time being, he’s taken to Twitter to voice his optimism for the deal. 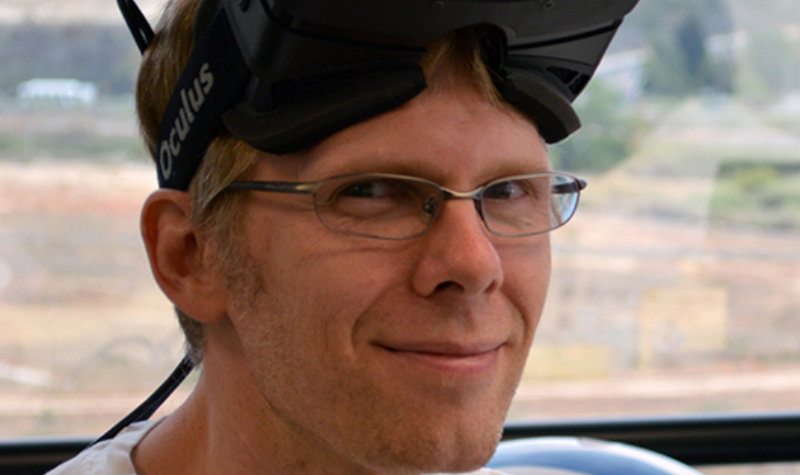 There are always a lot of question marks when a little company you love becomes a part of a bigger one that you don’t like so much, but Luckey, Carmack, and Iribe aren’t in the business of not giving the market what it wants. They know that the reason for that first Kickstarter campaign’s success was the promise of a bigger, better, and more immersive tomorrow for games. They won’t let Oculus Rift become a platform for spammy advertisements and Candy Crush 3D.

As long as they remain focused on gaming and listen carefully to feedback once users actually have something to talk about, I really think that Oculus will have a hard time failing. I’m confident that they won’t forsake the vision of Oculus to become some kind of watered down, barely recognizable piece of Facebook-branded technology that “could’ve been great”. Oculus VR is not in the business of “could’ve been”s and Facebook isn’t in the business of re-branding and taking value away from their acquired companies.

Luckey has said that Oculus is still focused first and foremost on gaming, the original promise of Oculus Rift. He insists that this deal with Facebook isn’t going to result in a loss of focus, but in better equipment, more innovation, and an overall better platform for gamers and developers.

And, at the end of the day it’s the developers who are going to make Oculus Rift awesome. They’ll be the ones who build the worlds and while some notable developers (like Minecraft‘s Markus “Notch” Persson) have backed out because of Facebook’s involvement, plenty more are willing to wait it out. They’re not about to step away from what is almost absolutely going to be the future of gaming, and for every Notch, there are many more developers eager to get to work on Oculus Rift. For the most part, they seem confident that no matter what Facebook envisions as the future of connectivity and communication with VR, the priority of Oculus is still gaming.

As fans, we’re still nervous, of course. We have concerns because we care, which is a good sign all around. People are really, truly invested in VR and that’s why they’re angry.

But this is a vote of confidence in the future of a technology and a totally immersive gaming experience that was hardly more than a pipe dream just a few years ago. VR is for real this time, and by all accounts, it’s going to be here soon. It’s exciting, and really it’s too soon to panic. The deal is done, so the fact of the matter is that we’re all just going to have to wait and see what Luckey and Iribe are talking about when they say that the final form of Oculus will reveal the “big picture”. And with the big headset and that immersive display, I’m sure it’s a very big picture indeed.

Megan is a gadget-lover, sound-maker and all-around life enthusiast. Because gadgets and tech are so close to her heart, it's rumored that she's got a ticker of brushed aluminum, a la the Tin Man.