Help fight climate change by switching to this VPN service

Climate change is happening, and, unless we don't all work together to make a difference, it's here to stay. Support a good cause to help fight for change. 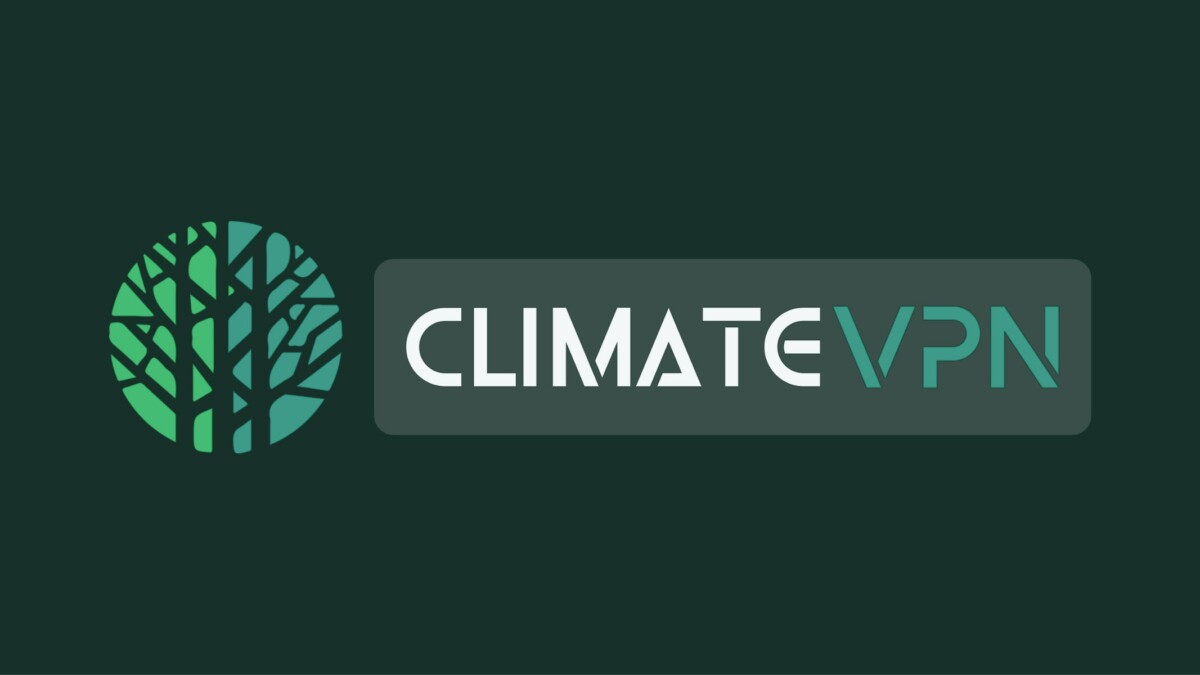 Climate VPN is a nonprofit service

The average American spends 24 hours a week online. While you might think that hustling on the internet is a more environmentally friendly alternative to long commutes, web consumption actually contributes to greenhouse gases.

In fact, Boston Consulting Group found that smartphones, laptops, and computers emit around 1 billion tons of greenhouse gases annually. That equates to around 2% of the world’s total emissions.

While these staggering figures might be frightening—especially if you use the internet for work—the good news is that you’re not powerless. Climate VPN is a nonprofit Virtual Private Network (VPN) service that pledges to make a stand on climate change. 100% of its profits will go to the climate crisis. Best of all, you won’t have to make any online sacrifices, and this service could actually benefit your time spent on the net.

How the internet emits greenhouse gases

Curious to know more about how your scrolling time affects your carbon footprint? You need energy to power the internet, and every scroll, type, and click requires electricity, which releases CO2.

One positive step you could take is to reduce your electricity use by unplugging your charger when it’s not needed or switching off your router at night. But these aren’t the only culprits for energy expenditure: the internet requires millions of pieces of data that are stored on servers.

Sadly, it’s predicted that greenhouse gas emissions produced by the internet will double from 3.7% by 2025. That’s shocking, especially as more people are earning a living online. If you feel like the world is on your shoulders and are overwhelmed with what to do next, Climate VPN’s nonprofit VPN service makes your time spent online good for the planet.

With a whole range of goals (more on this later), Climate VPN—which already has nonprofit status—recognizes that people are spending more time behind their screens, and there’s an opportunity to make some good out of that.

What are the benefits of using a VPN?

A VPN is software that encrypts your entire internet connection to keep your online content private. Because switching to a VPN encrypts your connection, it provides privacy from prying eyes like your ISP, organizations, and people on your network.

Furthermore, this software allows you to access the internet as though you’re in any location. So, for example, you can set your YouTube or Netflix location to wherever desired to access extended content. Moreover, using a VPN prevents others from seeing your real IP address since you’ll be using an encrypted server.

There are many benefits of switching to a VPN. While using a VPN isn’t the sole answer to eradicating greenhouse gases, Climate VPN is a unique company that addresses the climate crisis by using the funds raised to make the apps using Nord VPN’s server infrastructure. So, instead of using your standard server, opt for one that has the greater good at heart.

Climate VPN’s profits will go towards reducing super pollutants, like methane and black carbon emissions. Doing so will help to stave off the risk of irreversible changes to our climate. Additionally, your funds will help prevent CO2 emissions from power generation and industrial sources. Another great objective of Climate VPN is to redirect the use of bioenergy to contribute towards climate stability.

Your funds will aid in creating an improved development in commercial, regulatory, and nuclear technology to decarbonize global energy production.

Help fund this nonprofit VPN service—Climate VPN—by visiting its Indiegogo page. What are some ways you’re working to improve your carbon footprint? Let us know in the comments.

Amy Poole is an Editor and Writer at Gadget Flow. When she's not indulged in everything gadget-related, she enjoys spending time with her dog, Rosie, and keeping fit.
Join the Discussion
Popular Blog Posts
Smart thermostats your home needs before winter steps in MacBook Pro with M1 Max and M1 Pro: which one should you buy? Launching a Kickstarter or Indiegogo campaign soon? Read this first 10 Best tech gadgets you need in your life Must-have smart desk gadgets and office accessories