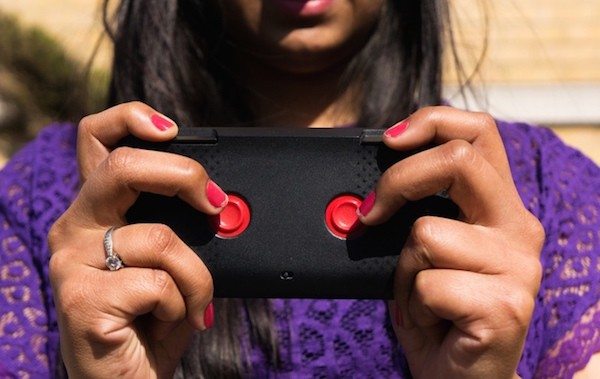 There are many things which can be controlled with precision and ease using a touchscreen. But there are just a few things that can’t. This incompatibility is particularly prevalent in the world of gaming, where many mainstay genres were developed long before touch-sensitive surfaces were even conceived. When playing a first-person shooter or a racing game, on-screen joysticks can be painfully clumsy. New on Kickstarter, a smartphone case named Flitchio wants to replace such cumbersome touch controls with physical ones.

Putting to one side the shambolic N-Gage, there have been many attempts over the years to turn regular phones into Game Boy-like consoles. What makes this one different is the apparent quality of its design, and the fact that it is complementary to the touchscreen, rather than a replacement for it.

The launch model fits Samsung’s Galaxy S6 and S6 Edge like a normal protective case. It connects to the phone via NFC, and it is powered by the handset’s internal battery. In total, it adds four controls: two shoulder buttons, and two tiny joysticks. While the shoulder buttons work in the normal way, the joysticks are somewhat of an innovation. They are unfathomably compact — a necessarily ingenious piece of design to avoid annoying carriage — and operated not with the thumbs, but with your middle fingers on the back of the case. The result is a considerably improved range of control, with no awkward protrusions, at the price of a mere 65 grams of added weight. 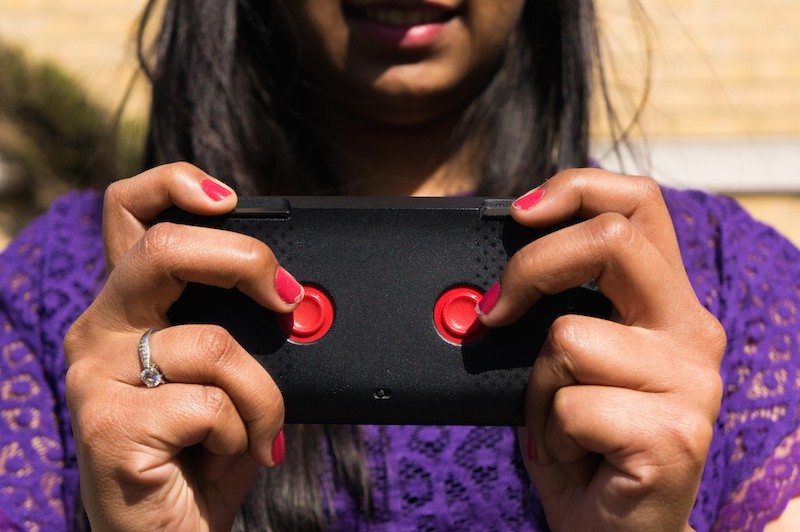 The main challenge facing the case, initially, will be that it is limited to two phones, and while it can be configured to work with most Android games, it does need developers to come on board for out-of-the-box compatibility. In the meantime, Flitchio can already be used for controlling drones.

You can find out more about the project on Kickstarter.