Sick and "tie-red" of putting on complicated neckties? This Kickstarter campaign is looking to make life much easier while boosting your formal style. With GC Windsor's new knot and tie system, you're about to have a much better experience. Read on to learn more about this helpful new gadget. 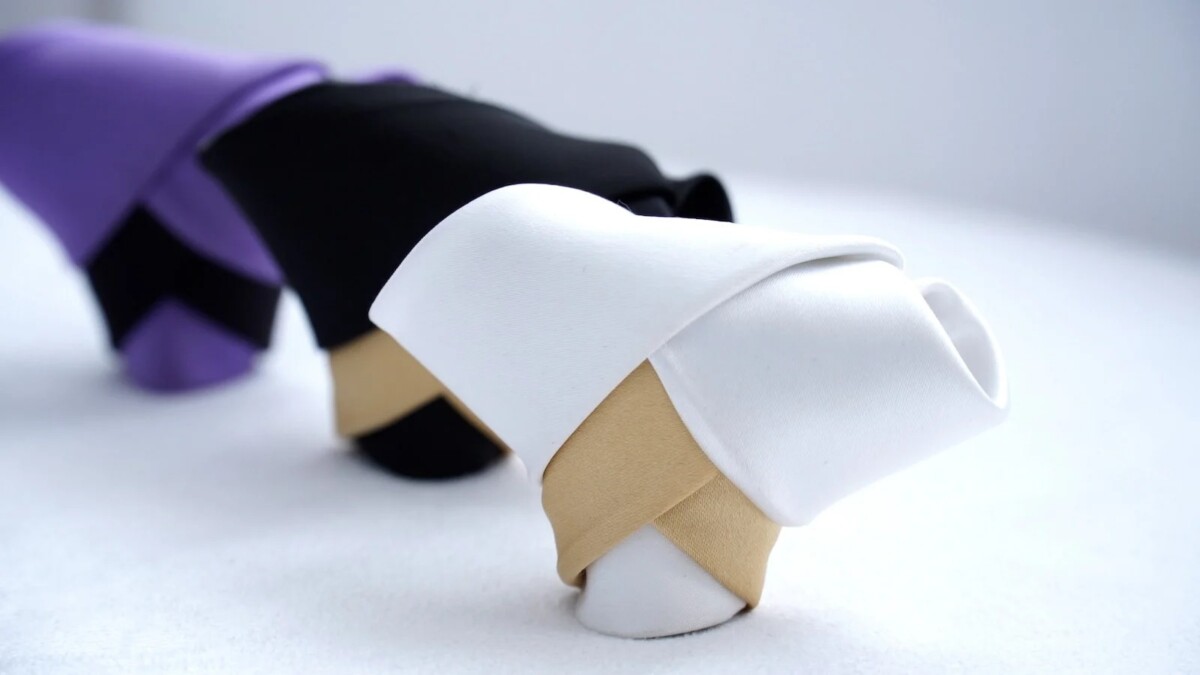 There are two kinds of people: Those who like to get dressed up, and those who don’t. Regardless which of these people you are, you likely prefer to look good rather than the opposite.

One of the staples of dressing up is the necktie. We’ve all seen the scenes in cinema countless times where a character struggles to learn how to tie a tie. Why is it so relatable? Because it really can be quite tricky.

Well, here to alleviate this problem is the GC Windsor Knot and Tie: a two-piece necktie system designed to make your life easier while bumping up your style game. Let’s unravel this nifty necktie and see what it’s all about!

A thoughtful design that makes a classic problem easier

According to the official Kickstarter campaign, authenticity, quality, and efficiency were of most importance when creating the GC Windsor Knot and Tie system. The creators noticed that there hadn’t been much development in the necktie since its inception and set out to deliver something new.

The Knot and Tie system combines a knot piece with a tie portion. The tie portion is shorter than what most are used to because it doesn’t require any tying. It simply and seamlessly attaches to the knot.

As for the knot portion, it’s hand-sewn and features wool interlining with fine silk material. Its whole knot uses a slipstitch method that hides any seams. There are also three different size brackets to accommodate different length preferences.

Plenty of potential for personalizing your style

Because of the two-piece nature of its design, the GC Windsor necktie system makes it easy to swap out the tie or knot parts and interchange them at your leisure. This lets you spend more time focused on your personal style choices and less on remembering how to configure complicated knots. From simple knots to elegant ones, pick and choose what’s right for the occasion.

Kicking off with several great colors and a gold clip

What’s more essential to personalizing a style than the colors? The GC Knots and Ties will come in at least six different color combinations to start with. They include Black, Gold, Red, Silver, White, and Lavender. This should cover the basics as the GC Windsor system takes off, but we’re sure there are many new colors and patterns planned.

Also featured with the necktie is the GC Clip, a gold clip accessory. It’s entirely optional but helps keep everything firmly in place. It’s an additional touch that adds extra security with class.

A wonderfully easy new way to wear a necktie

If you’ve struggled with tying a necktie in the past, you know the frustration of being held up or embarrassed by them before and during events. Clip-on-style ties have been an option for some time, but they typically lack the same elegance as a traditional tie.

Seeing the convenience of a modern tie mechanic meeting the classy traditional kind is honestly fantastic; it’s a wonderfully easy new way to wear a necktie and feel good about it. If you’re looking for a modern and cutting-edge tie experience, why not check it out?

You can find the GC Windsor Knot and Tie system on the official Kickstarter campaign page. You can get one by pledging $70 or more.