Hands On Review of the HTC One (M8): Simply the Best 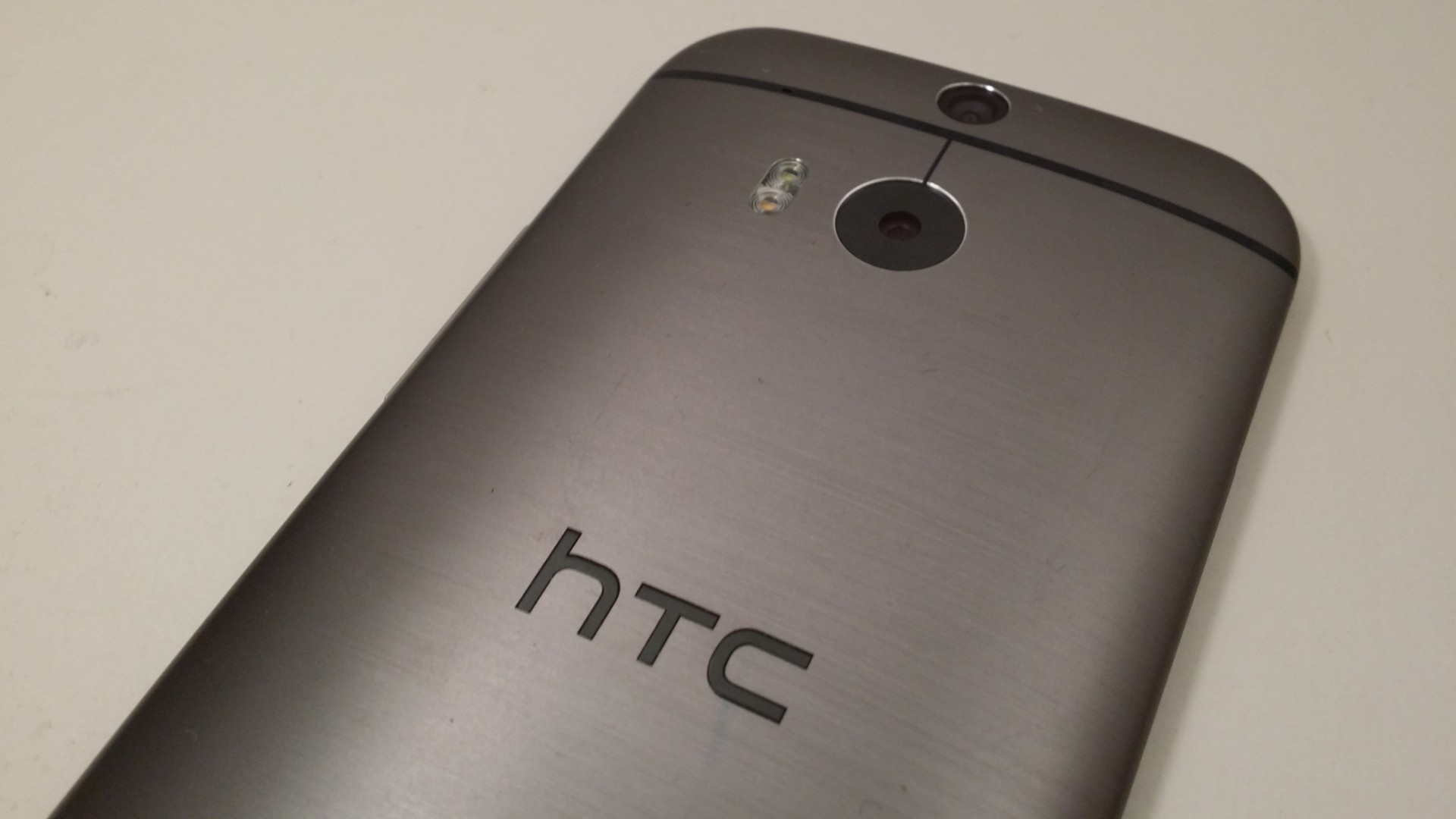 Last Sunday, my fiancée discovered that she needed to give her phone line to her father because he was changing jobs and losing his work phone. My fiancée and I needed to figure something out for her new line as we are getting married soon so the most convenient option for us was to get new phones together and thus stay on the same contract cycle. Upon some preliminary research, I found a gem of a deal from Verizon for a buy one get one deal with the HTC One (M8) which I had heard was pretty good but hadn’t done a lot of research. I knew the M8 was a brand new phone so why was there such an awesome deal on a brand new, top end smartphone? After verifying the deal was a good deal and not an April’s Fools Joke or a scam, I did some research on the M8 to see if I should make the purchase. Did I buy the phones? I think you know the answer based on the title of this article and I am here to tell you about my experience with the M8 over the last week. 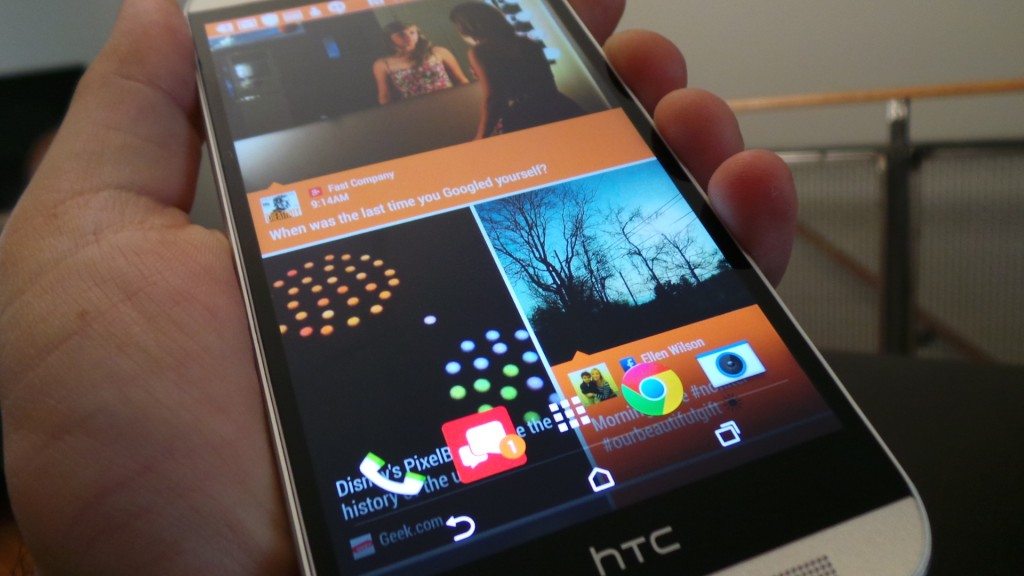 For starters, let me just state that my upgrade to the M8 was quite significant over my previous phone. My previous phone was a Casio G’zone Commando 3G. If any of you are cringing, I do apologize, I worked as a landscaper the last two summers at an university and then a golf course so I needed something that was durable and could play music. Obviously, my expectations for functionality is a bit skewed after dealing with the Commando for almost 2 years so I may be a bit more impressed than some of you who have been able to use the newer smartphones such as the iPhone and the Nexus 5 and the LG G2 and the billions (slight exaggeration) of new smartphones that have hit the market in the last 2 years. 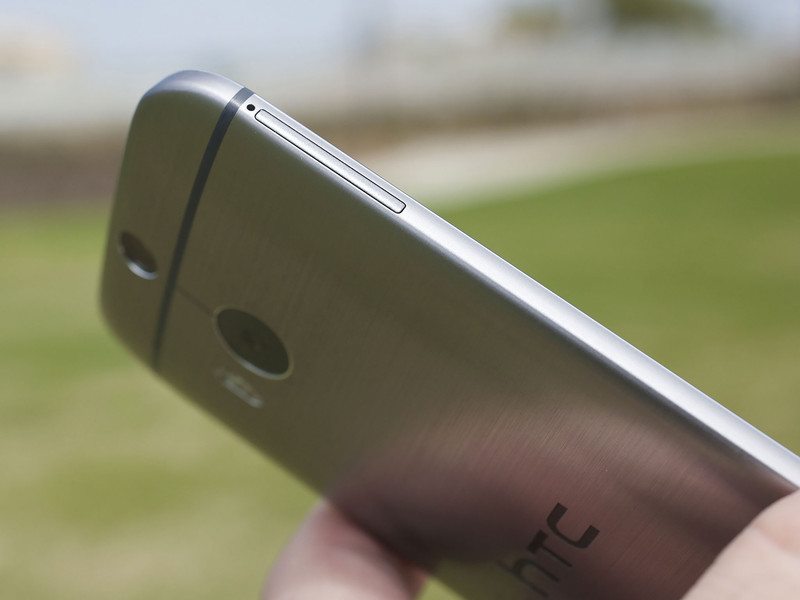 The design of the M8 is gorgeous, there’s no other way to put it. It’s what Apple would have done if they had made a smartphone. The metal gives the M8 a premium look and coupled with the curved back makes it easy and even nice to hold for extended periods of time. The only plastic on the phone are the lock and volume buttons and honestly, you won’t notice the difference.

The screen is the next major design choice and I am pleased with the choice HTC made on size. The M8 is a big phone and the screen is 5 inches which is quite large but thankfully it is not so large so that I can hold the phone and swipe across the entire screen with only one hand and thumb. Turning on the screen reveals a sharp and vibrant screen that rivals every other flagship out there and while the PPI (pixels per inch) may be less than other phones, the difference is so negligible that my eyes can’t tell a difference. 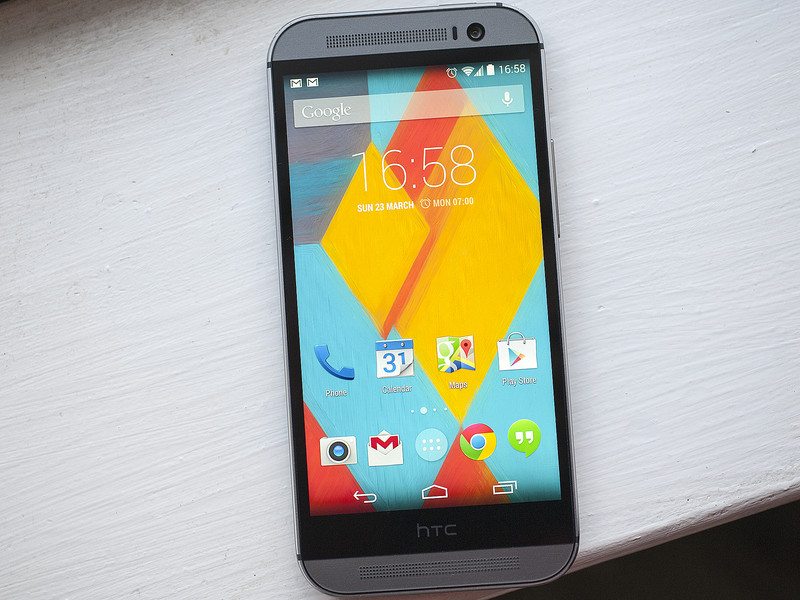 Not only is the M8 a looker, it has functionality beyond anything I could have imagined. HTC realized that people hit the lock button on their smartphones way too much and decided to add some motions that would unlock your phone in different ways while eliminating the constant button pushing. Double tapping the screen wakes the M8 and lets you see the time, clear any notifications you may have, and control music if you’re playing some, double tapping it again will put it back to sleep. Swiping up unlocks it and shows you the last screen you were on. Swiping to the right unlocks it and shows you the BlinkFeed which is HTC’s customizable news feed. Swiping to the left unlocks it and shows you the home screen. Picking up the phone in landscape mode (aka so it’s wider than it is tall) and pressing the volume button will automatically launch the camera. These motions help you get to what you want to use with less effort and I really enjoy it. I use all of the motions on a daily basis because it’s just a better way to navigate my phone.

Another feature HTC has decided to add to the lock screen is a direct app launch. You can select any 4 apps (mine are the default phone, messaging, Chrome, and camera apps) to be on the dock at the bottom of the home screens. When you double tap to unlock or press the unlock button, you reach the locked screen. From there, you can drag any of those 4 apps to the middle of the screen and they will launch automatically and unlock your phone at the same time. Just another piece of ingenuity that makes using the M8 a breeze. The software as a whole is beautiful to observe, even the little animations when you switch windows or go back a window in an app are subtle but fluid and pretty. 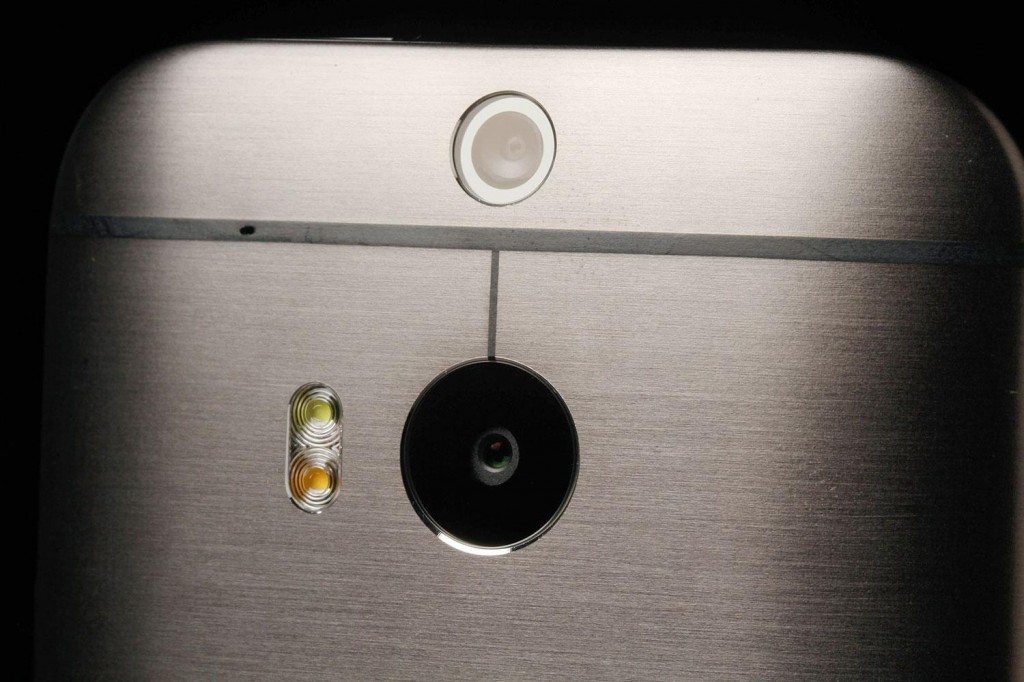 With a flagship smartphone like the M8, it can’t just look pretty and have a bunch of nice features, it has to have the guts to power it all smoothly and consistently. I could bore you with the technical details of all the fancy hardware packed into the M8 but I’d prefer not to. Rather, you need to know that after 7 straight days of continuous and demanding usage involving constant texting, constant app usage, constant Chrome browsing, constant BlinkFeed refreshing, constant music playing, a Google Hangouts video call, downloading apps upon apps, all with a live wallpaper and full brightness after waking up at 6:50 am and not connecting it to a charger until after 10 pm, the M8 has given the impression that I am barely using the power under the hood. It has done everything previously mentioned and more without the slightest hiccup. It loads everything quickly, it runs everything smoothly, all while leaving me with battery power to spare and not feel like I need to run to my charger. Once the extreme power saving mode is released for Verizon, I will have even more leeway with how much usage I get out of the M8. For those of you who don’t know, the extreme power saving mode promises an additional 15 hours of battery life once the mode automatically switches on when you have 5% power left. The mode restricts your usage to only calls, texts, and emails and shuts off every other unessential app.

The next most important part of a high end smartphone is the camera and the M8 certainly doesn’t slouch in this area. The cameras take amazing pictures, especially compared to my old phone, and offers plenty of little tweaks the will satisfy the average phone photographer. When ready to take a picture, you can touch the screen to focus the camera on a specific part of the image and then take the picture. Even afterwards, the extra sensor on the back of the M8 that looks like another camera lenses actually lets you refocus the picture after you’ve already taken it. It’s not perfect but it does the job and adds a nice little useful feature to help you edit your pictures right from the phone. 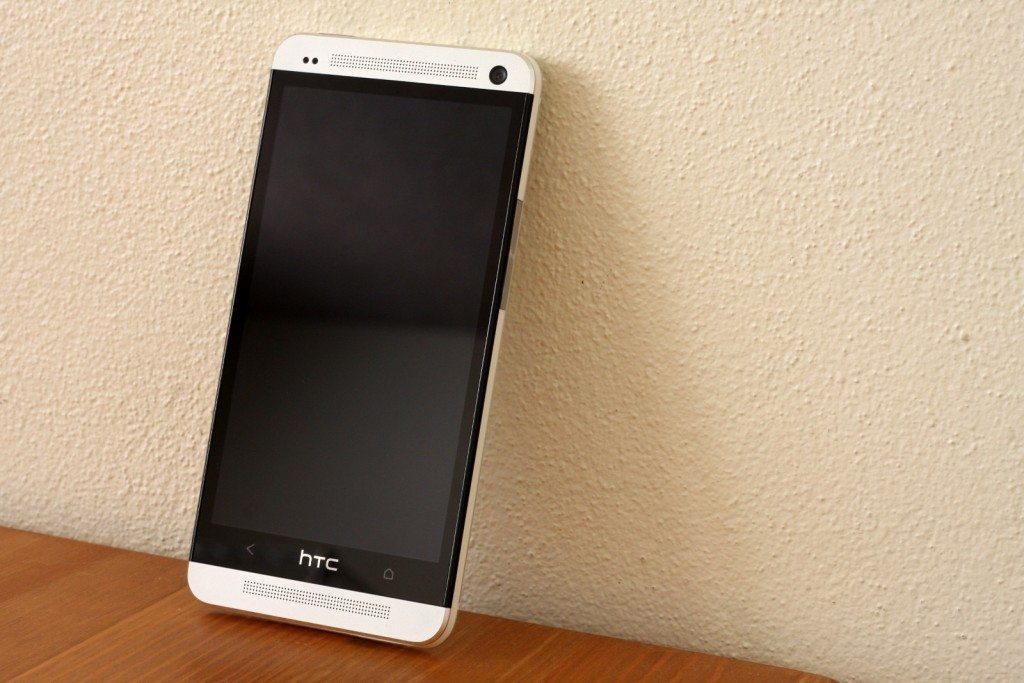 The M8 is phone of beauty and wonder. It will always look gorgeous but it will continuously surprise you with hidden features that make life just a little bit easier and I am grateful to HTC for every little feature that they could have decided not to include but did so anyways even though it took them a bit more effort. You get the feeling that HTC wanted to make the best overall phone they possibly could and I really believe they did. HTC has made an outstanding phone that deserves at least your consideration, if not your full attention. It may have come out a little bit before the next flagship phones but I am confident that the M8 will put those phones to shame when they do eventually come out.