As a big fan of sports, I love memorabilia. Anything from a game-winning football or even the net cut from a great basketball game can hold a special spot in any sports fan’s heart. Whether on full display in a collection or locked away for safe keeping (can increasing value), we experience a flood of happiness and pride each time we see our memorabilia. However, these objects seldom have a purpose other than occupying our shelves. Because of this, the creators of hearO are making something special into something useful.

Using an upcycled tennis ball, hearO is a piece of living memorabilia. Tucked neatly inside the rubber is a powerful, high-performance speaker that can fill any room with crisp sound.

Capturing the timeless enthusiasm of the ultimate spectator sport, each hearO Speaker is made from a retired championship tennis ball. Each; although the same regulatory size, color, and shape; is unique in its hard-earned markings. Some of the hearO Speakers even feature signatures from the greatest in the game such as Roger Federer, Novak Djokovic, and Pat Cash. 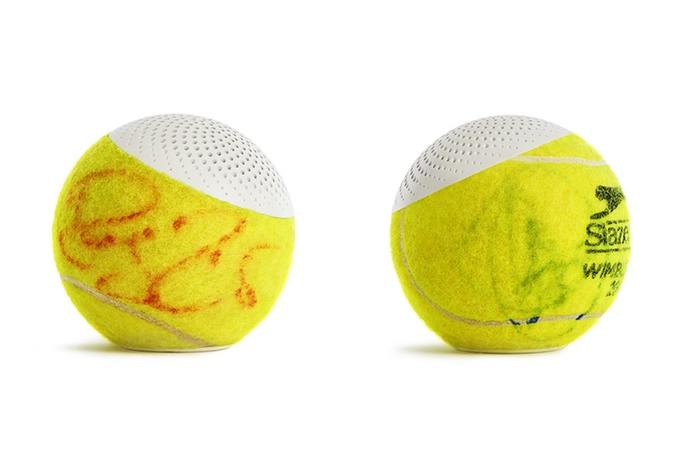 All of the tennis balls originate from the Slazenger brand who supply over 55,000 balls each year just for Wimbledon. With millions of tennis balls used each year, many end up with no purpose once retired after just nine games of use. The creators of hearO decided to give them a second life.

Sitting inside the tennis ball, the top of the speaker, which is complete with a Fibonacci-inspired grill pattern, sits flush with the sphere of the ball. Fitting perfectly in your hand, the elements of the tennis ball become a tactile protective skin to shield the electronics inside. 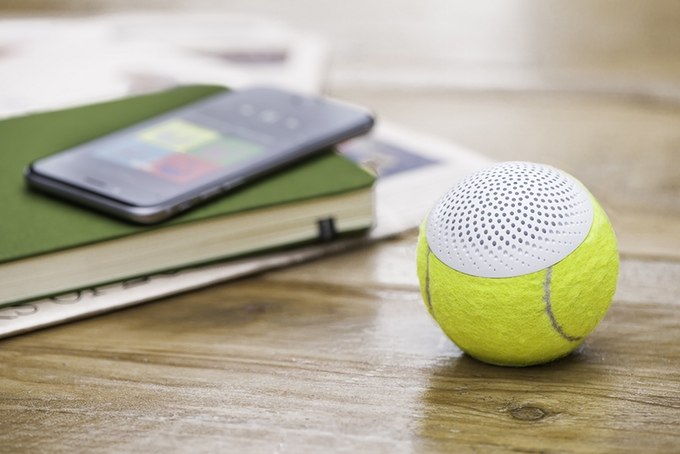 Pairing with any Bluetooth-enabled device, the hearO Speaker features a single button on the bottom for managing all essential functions such as powering on and off as well as pairing. Volume is controlled from your device. Every hearO Speaker comes with a custom designed charging cradle equipped with a 360-degree magnetic connector. No matter how you set it down, the hearO Speaker will charge. 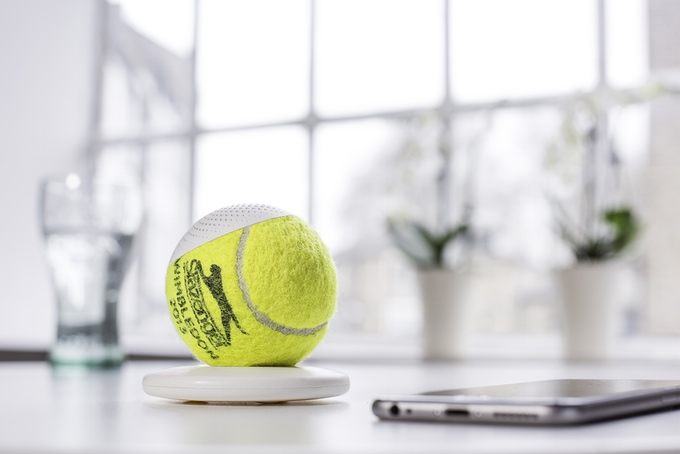 The hearO Speaker is the perfect item for tennis fans, upcycling enthusiasts, and those who admire innovative and creative design. Live on Kickstarter until July 28th and over a quarter of the way to the £40k goal, you can purchase your own hearO Speaker for just £50 ($68). For only £150 ($200), you can receive a hearO Speaker signed by Pat Cash, a Wimbledon champion. Are you ready to serve some serious audio?