Smart lighting, just as the name sounds, has been one of the predominant factors in building this technologically automated ecosystem we are so inclined towards using today. A simple old light bulb isn’t satisfying anymore, what we rather crave for is an efficiently crafted lighting system that is more enriched in the way it responds to human interaction. This is quite an obvious ask, given the way technology keeps surprising us in all spheres of life with fresh innovations everyday. Incase of lighting, it’s the adept versatility which we look for many times. That’s because we are surrounded with multi-tasking and super-efficient devices that can do so much more than just sit at one corner of the house. But just like any other industry, creating something unique is equally difficult for the lighting sector, especially when it has to be embedded with tons of new features no one’s ever thought of being possible with light before.

It’s the introduction of LEDs that’s actually opened the path of innovation for this sector. The McKinsey report on the global lighting market has a comment on this saying, “The significant differences in LED technology vs other lighting technologies will lead to a fundamental disruption of the lighting industry along the entire value chain.” The cool gadget I’ll be talking about henceforth is one such invention with LEDs that’s taken smart lighting to a completely new unexplored level. The features which were available in separate packages till date such as the Mood Lamps and Wake-Up Lights are now going to be packed into one incredible device called the Ion. A smart lamp that has the capabilities of responding to music, connecting with your phone and a lot more.

Your Favorite Music Player Now Has a “Bright” Counterpart

Starting with the thought of building a device that could make light speak, Ion was born to the Lava team after the massive response they received for the LED lamp at Social Media Day Detroit 2013 instead of their first Kickstarter project Ember & Torch (Bluetooth Low Energy development boards). They wanted to build a mainstream consumer product out of this LED lamp which eventually led to something extraordinary like the Ion. Comprised of a microphone, audio processor, a capacitive touch sensor, 40 tricolor LEDs with a wireless Bluetooth low-energy chip, Ion is this spectacular magic lamp that not only responds to your environment but also stays connected with your phone all the time. It’s these 40 multicolor LEDs which brings out the ultimate beauty of the light as each of them displays a color independent of the others. The LEDs are surrounded by an acrylic tube with a diffusing light film that creates the perfect glow & light ambience for your homes without causing any harsh light effects. 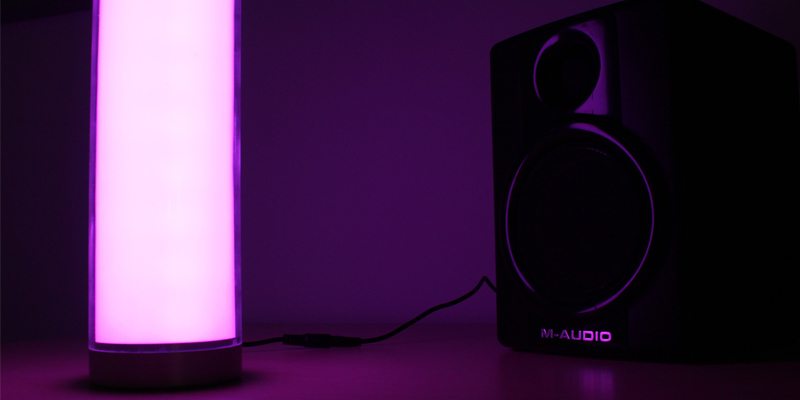 The lamp can be operated both from the smartphone or by gentle tapping on the top which consists of aluminium caps sensitive to human touch. So, for different moods and setups, all you need to do is just tap on your Ion and choose the one you like the most. This is not the kind of smart lighting we have seen a lot before and that’s exactly what makes it very special.

All that we’ve spoken of till now makes the lamp look more like a mood detector. But that isn’t the only quality you’d get from this masterpiece. With a built-in microphone, Ion can actually sync to your favorite music and present a light show wherever and whenever you’d want one. Each song you play will have a spontaneous and unique color profile attached to it. By using the app, you can customize the entire setup and create the best light show all by yourself. This music mode called “Rave” is one of the special attractions that can make this light extremely popular amongst its user base. Apart from the music mood, you’d also get 15 other moods fully customizable from the “Mood Browser” on the app (more moods to be added with time). In order to test the moods yourself, the team has incorporated a Try ION page on the website where you can easily check the light’s functionality when set on your favorite mood with appropriate brightness and intensity. 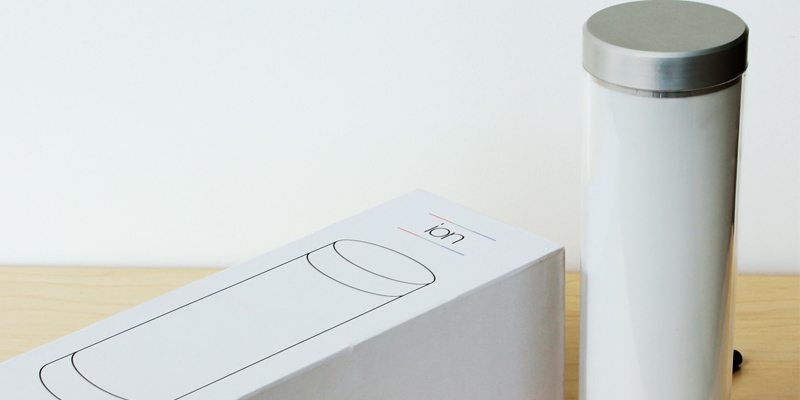 That’s still not the end yet! When connected to your smartphones, Ion can also emulate the weather conditions outside or notify you of any incoming call, message, voicemail etc. with a unique light effect, each of which can again be customized from the app itself. There’s also the provision of making your Ion an everyday alarm clock with a designated light mood and pattern. Techcrunch has rightly described this magnificent beauty by calling it a digital updating of the 1960s classic slice of kitsch called the lava lamp. At present, this smart device for the light industry can easily be controlled on your Raspberry Pi, iOS or Android device. There’s also going to be an API for developers to make it more charming in the future with added features. Currently coming at a price of $199 (shipping starting from August, 2014) this amazing smart light can be a perfect mood setter next time you decide to party with your friends at home. The kind of success it’s already had on Kickstarter shows that a lot of you wonderful people agree with me on this. Let’s just hope Ion keeps glowing like this for many more years to come. Happy Gadgeting!