The Jolt Sensor Can Detect Danger Before You Can

Injuries are a norm in today’s sports world. Despite all the precautions, head injuries are some of the most common and the most dangerous. Even helmets cannot prevent concussions. When the health of the athletes is most important, gadgets that simplify the identifying process or even prevent further injury are paramount. To save the day (and athletes’ brains) is the Jolt Sensor.

Jolt Sensor is a small and compact device that monitors the brains of athletes and detects injury with live feedback. It alerts players, coaches, and parents to the possible endangerment of the athlete’s head and brain and provides necessary action with comprehensible information. While the technology behind detecting risks have been developed for other environments and other technologies have been developed and are quite popular for sports monitoring such as the Spree SmartCap Fitness Monitor, which monitors your body to improve fitness over time, Jolt is the one of the first to apply this to athletes with a preventive wearable device. It takes this known technology from other fields to simplify and expedite the initial medical process for athletes of all ages.

The creators of the Jolt Sensor, Ben Harvatine and Seth Berg, met at MIT and came up with the idea after Ben experienced a concussion. He was told by his doctor that further damage had been done because he wasn’t assessed and treated soon after the injury. As Ben and Seth mention, symptoms for concussions are often delayed and attributed to other things such as dehydration or an overheated room. 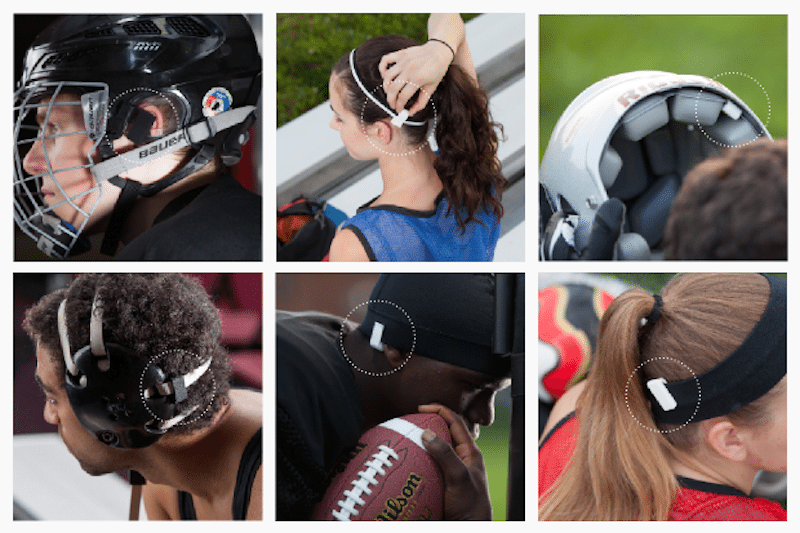 Jolt Sensor is designed to read the activity of the head during sports and activities. The device can detect possible dangerous movements of the head and then vibrate to alert the athlete. The coach or supervisor will have access to an app to keep track of every player wearing the device. Parents and other approved viewers can also download the app to keep track of their children. Viewers can be notified via the app of possible dangerous movement of the head and advise to keep the athlete off the field and to see a medical professional. The app is currently available for Android and iOS users and can be used up to 100 yards away (the length of most athletic fields). 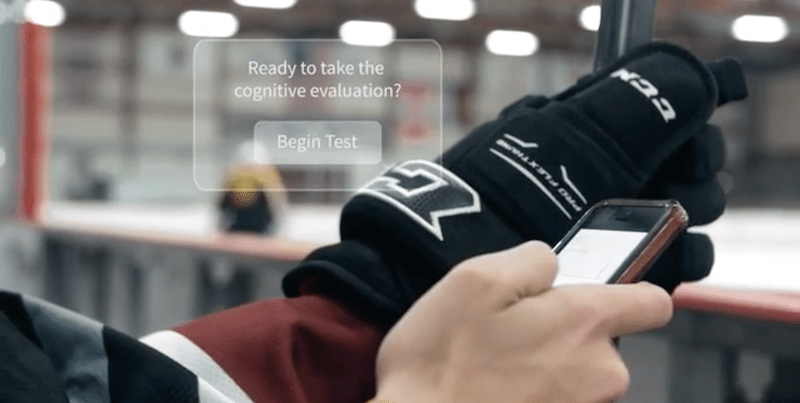 After the alerts to the coaches and parents, the athlete can instantly take a cognitive evaluation test and the results are stored on the cloud. The inventors say that collecting and providing this data immediately and sending to medical professionals can be crucial for determining brain and head damage.

The sensor is encased in a silicone rubber exterior to not interfere with the athlete’s activity. There’s a mounting clip that can be affixed to any approved athletic head equipment. After several larger versions, the final product is just 1.37 inches by .45 inches. It has multi-week battery life for peace of mind but can be easily recharged with the convenient USB port. Jolt is also waterproof and can function despite the elements of athletes: dirt and sweat.

With concussions being one of the most common injuries among athletes, some think that Jolt isn’t quite up to standard. One reviewer doesn’t think that Jolt can get enough information because “the location of the device is not critical,” so it may not be able to measure all moments of dangerous acceleration and movement. However, the Jolt Sensor proved itself worthy as the founders won an Arch Grant of $50,000 to continue production.

Teamed up with Cue and Misfit Beddit Sleep Monitor, the Jolt Sensor can complete your life-monitoring gadgets for each step of the day.

Jolt is currently on Kickstarter which ends on Friday, 26 September with a goal of $60,000. Donations can be made with rewards ranging from $1 to $10,000 and a Twitter shout-out to a five course dinner prepared by the founders (among other equally enticing offers). Although there’s no mention of colour options, pictures show that Jolt may be available in either black, white, or brown. They expect to ship to backers (with $75+ donations) in April 2015 and to the public soon after.

Ashley Timms is the Editor in Chief at Gadget Flow where she gets to write about the most incredible products in the world. When she’s not writing, she’s producing fine art dog photography.