Leasing Your Smartphone: What to Know 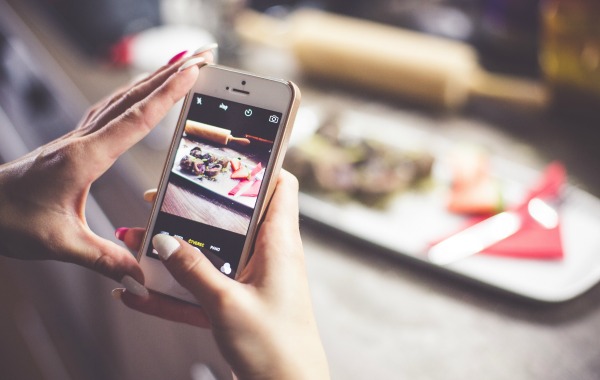 The wireless market has shifted away from contract-based plans. Consumers are no longer locked-in to two-year plans and instead they’re free to leave – or upgrade their device – at will. Of course, this also means subsidized pricing for smartphones is no longer an option. If you want a new phone you either have to pay for it upfront – in cash or via financing – or sign up for what’s being called an early upgrade plan.

As you’d expect, the early upgrade plan allows you to swap phones and devices more than just every two years. The actual amount varies depending on the wireless carrier and individual plan you choose. Some allow you to upgrade up to twice a year while others are more restrictive.

While the option to upgrade early may seem enticing – especially when the full price of popular handsets can range from $400 to $600 or more – what you may not realize is that you’re actually leasing a phone.

For the layman, that essentially means you are paying to borrow the phone for the length of your plan, and you do not own it. When you’re ready to swap to a new device, you trade in your current phone and renew your lease terms with a new model.

[tweet_box]When leasing your phone, you pay to borrow the phone for the length of your plan.[/tweet_box]

That’s not to say leasing a phone is a bad idea – especially if you’re fond of upgrading early – but you may want to know how this affects the financial results. Will you end up paying more for an early upgrade plan than if you just choose to buy the phone outright?

Traditional smartphone plans were straightforward. When you signed up for a new wireless plan or purchased a new phone, you would make a one-time down payment on the device – which would be the upfront cost. You would also sign a two-year contract which locked you in to paying a certain fee for a full two years. That fee included a combination of wireless service, additional fees and of course, the remaining balance for the phone you chose.

The idea was that over the course of two years, you would pay off the phone through monthly installments, which is why people were locked in to two-year contracts. Generally, you couldn’t upgrade until the two-year mark because you would not be offered another subsidized rate for a new phone until you paid off the old one. That meant if you wanted to upgrade early you would need to pay the full price for a new phone, which was about $400 to $600 as opposed to $200 or less with the subsidized cost.

The majority of the wireless industry – including AT&T, Verizon, T-Mobile and Sprint – have now abandoned contract-based plans. This means consumers have the option to pay for wireless service and upgrade devices outright, or sign-up for an early upgrade plan to lease a phone they can trade in early.

Under the lease terms, you pay a monthly installment for the phone on top of wireless service costs. Like a contract, you must pay for a certain period of time before you can upgrade. For example, AT&T’s Next 12 is an annual upgrade plan that requires you to pay for 12 months before you can trade in for a new phone.

Using AT&T’s Next 12 plan as an example, and a 64GB iPhone 6s, we’ll calculate how much you would pay per year for just the device.

In comparison, if you were to purchase the same iPhone at full price, it would cost you about $750. If you only keep the phone for a year, that’s a more substantial cost. However, if you keep the phone for two years, it averages to about $375 per year. Keep in mind that if you purchase the phone you actually own it, so you can sell it before upgrading to a new one. This would lower the total cost of your old phone, and provide you a bit of income for the next upgrade. With the leasing plan, you cannot do that.

So it’s cheaper to make a full purchase of a smartphone than to sign up for one of the lease plans.

Believe it or not, an overwhelming majority of consumers have chosen not to upgrade their devices as frequently, and major wireless carriers have been losing money.

Despite that fact, T-Mobile’s John Legere revealed that his company’s average billing per account rates have hit an all-time high, up to 11 percent year over year. This is happening even with the revenue-per-account average decreasing considerably.

So in other words, wireless carriers are making more for each customer account than they ever were.

Why Choose an Early Upgrade Plan?

Unfortunately, not everyone has the money to plop down for a brand new device, especially when they’re paying full price. There are financing options, but that also requires a decent credit rating, which not everyone has, especially in this economy.

The only option left then is to go with an early upgrade plan, which is slightly more expensive. Of course, wireless carriers bill this as a convenience to consumers because they get to upgrade early. For those who do take advantage of early upgrades, it’s worth the cost. As for everyone else, you may want to consider buying your next phone outright.

Kayla Matthews is a Gadget Flow writer. She is also a contributor to websites like VentureBeat, VICE, TechnoBuffalo and GearDiary. To read more posts by Kayla, subscribe to her weekly newsletter on her personal tech blog.
2
Join the Discussion
Popular Blog Posts
Launching a Kickstarter or Indiegogo campaign soon? Read this first 10 Best tech gadgets you need in your life Must-have smart desk gadgets and office accessories Best PS5 external SSD drives out there for gamers Which drone should you buy in 2021?