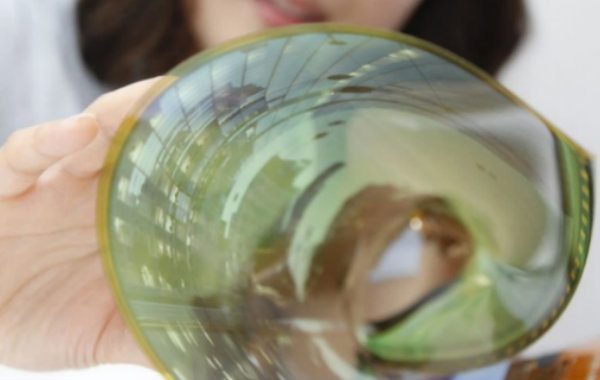 When I moved out of my apartment in college, I practically needed a crane to get my old TV out of the building. It had come with the place, was nearly as deep as it was wide and weighed somewhere between 200-1000 pounds. After trying to ease the behemoth down the stairs inch by inch, I lost hold of the plastic casing and watched as it tumbled end-over-end down a dozen or so steps (and very nearly through the glass door at the bottom).

Flat-screen televisions have certainly made moving easier, but they’re still no picnic to pack up and transport. Or store. or ship. Great as flat screens are, technology still hasn’t come up with a way to make them entirely portable, packable, bendable or virtually unbreakable.

LG Display’s latest ‘breakthrough’ doesn’t involve a glass door at the bottom of a staircase, but it does have the potential to change the way that we use, watch and move televisions. Meet the flexible, rollable display. 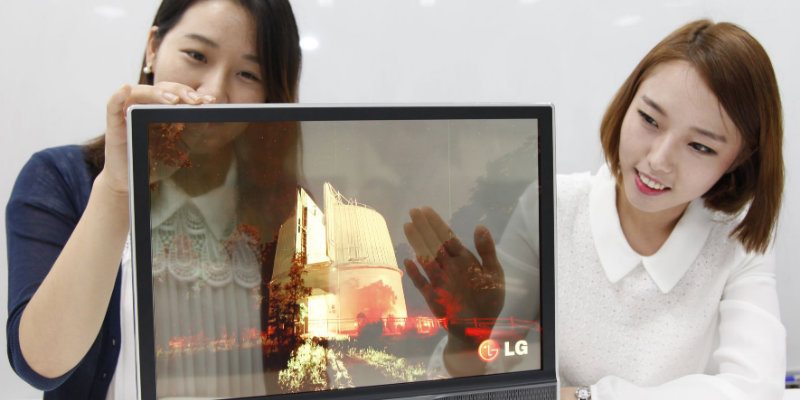 Though the concept of flexible displays isn’t new, LG‘s latest undertaking marks the first successful foray that could mean feasibility in the consumer market in the not-too-distant future (2017, by LG’s estimation).

Though they aren’t ‘big screens’ by any means, LG’s two 18-inch polymer and plastic OLED displays boast decent resolution (1200×800) and one of them is even transparent. And while, again, transparent displays aren’t new per se, the current development boasts a much higher transmittance (30%) over previous attempts at the same result (closer to 10%).

There are bound to be plenty of every-day applications that will one day make good use of the transparent display, but it’s safe to say that decorating will become much easier if you can place your TV in front of a window without obstructing your view or natural light. Just be sure to get some decent curtains.

By far the neatest trick of LG’s new flexible displays, however, is that they can be rolled (yes, rolled) to a total radius of 3cm. So small, in fact, that they could be packed in tubes, which gives a whole new meaning to the term ‘Tube Television’.

What are your thoughts? Will you be in line to get your hands on a TV with flexible display technology when it becomes available?