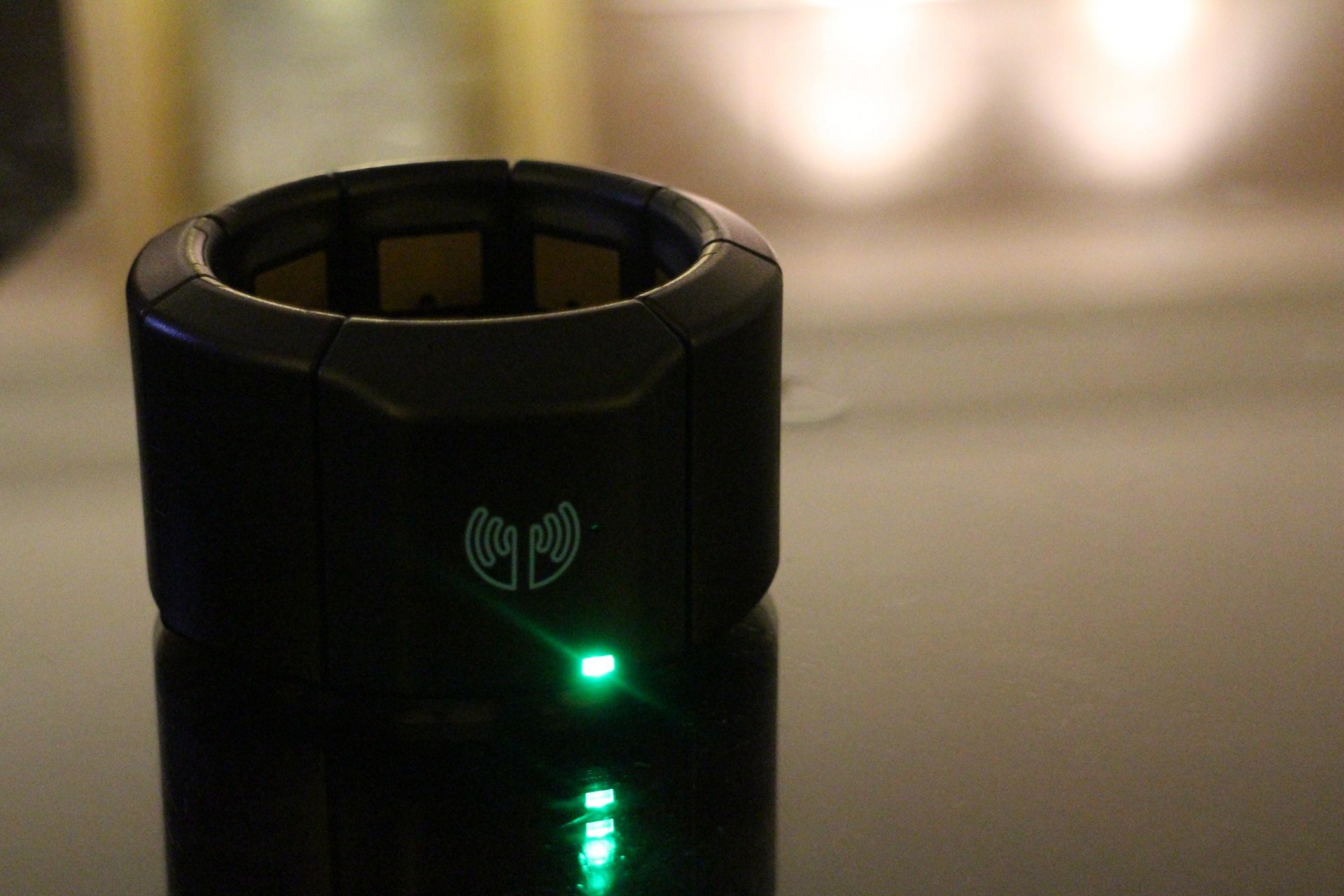 Gesture based technology has been around for quite some years now but seems to have stayed in the shadows of more useful technology. The most mainstream implementation of the technology would have to be the Xbox Kinect and while it is popular, it certainly isn’t perfect. The unreliability of a motion tracking sensor makes using the Kinect extremely fun at times while downright frustrating at other times. The Wii and Playstation Move are other attempted implementations but these require you to hold something in your hand thus restricting your gestures to what you can do with the one hand because you don’t have full use of said hand. The question becomes how do we make gesture based technology more reliable while also making it unobtrusive and a company called Thalmic Labs has decided to tackle that problem head on. 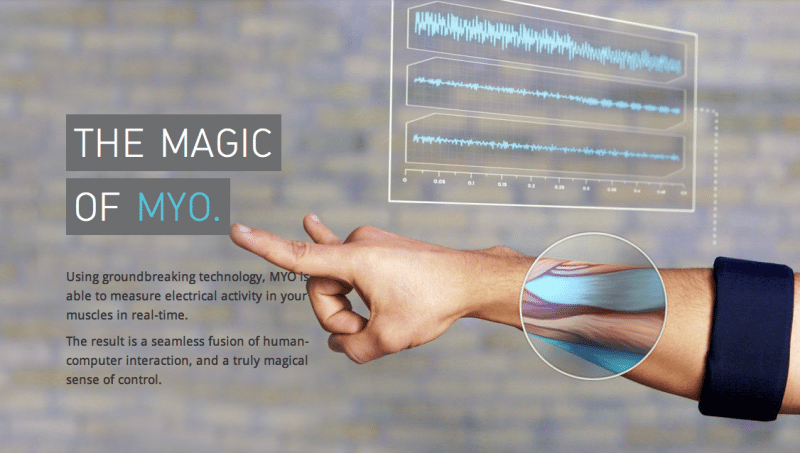 The gadget is called the Myo and it takes advantage of developments in technology and applies them in a way that no one has ever successfully done before. The Myo is a gesture sensor that you wear on your forearm and you control it by making gestures or even moving your entire arm and thus controlling whatever device you have the Myo paired to. For example, you turn the Sphero by Orbotix by moving your hand from side to side in a seamless and instant communication with no delay.

The complexity lies in the technology but the idea for the implementation is simple. You see, your brain sends electrical impulses to your muscles that make them contract and retract in ways that make your various limbs do what your brain intends them to do. Since each action is different, each motion you make has a unique set of electrical impulses that allow you to do that motion. The Myo detects the unique nature of each set of electrical impulses and translates them into control over the paired gadget with no delay. In essence, the Myo really does let you control gadgets by just wearing an armband. 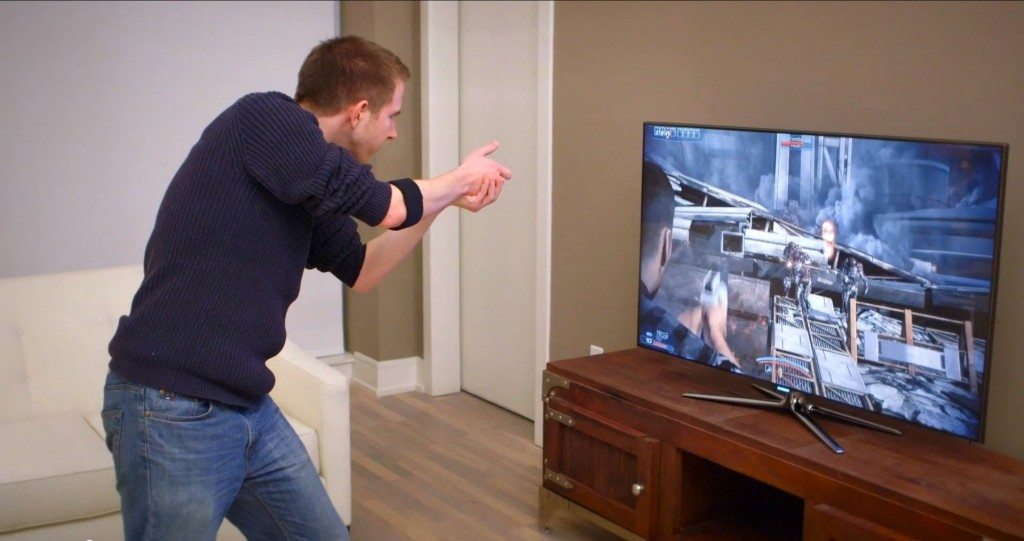 Closer than You Think

My first thought when I saw the Myo was that of disbelief and cynicism, I thought the Myo was a concept that would maybe start being development in a couple years. To the contrary, the Myo is already in development with a few gadgets, including the Sphero, already able to work in tandem. The Myo Alpha is already shipping with a wide release developers kit available very soon with the consumer version being shipped starting mid-2014. You can pre-order this piece of the future for $149!