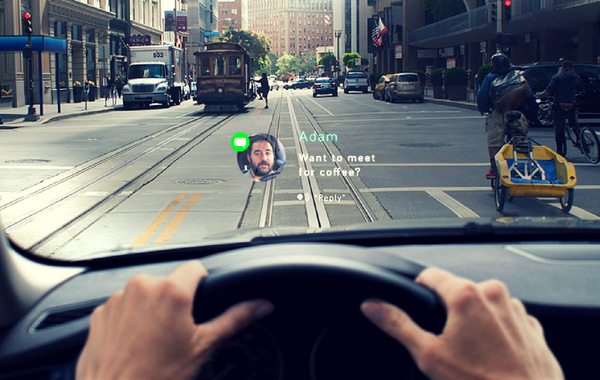 With smartphones replacing built-in navigation systems and tons of other features, it’s more likely for us to keep fidgeting with the phone while driving our way on the streets. This is one of the primary factors which keeps a driver’s focus off the street and increases the chance of facing an accident by three times, as depicted by the National Highway Traffic Safety Administration (NHTSA). “At any given daylight moment across America, approximately 660,000 drivers are using cell phones or manipulating electronic devices while driving, a number that has held steady since 2010,” as reported by NHTSA on Techcrunch. Intelligent smartphone mounts may pose as a good solution for some to combat this situation but if you think twice, it still takes your focus from driving and makes you concentrate more on your smartphone activity. What a new-age driver probably needs is something which can merge the two worlds in a more safer way which makes driving easy and not just another reason for facing an accident on the road. When co-founder and chief executive of Navdy, Doug Simpson had an interview with VentureBeat, he had said, “It all started with one too many near-accidents. That really caused me to start thinking, What’s the right UI for the car.”

With Heads-Up Displays (HUD) slowly becoming the milestones of future technology, it was their idea to bring the effectiveness of this branch of science into your everyday driving hours but in a more simplified and driver-friendly way. In comes Navdy – the future of driving which provides an enhanced version of display technology that might feel like giving your car a Google Glass like experience everyday.

Connected cars have already raised a lot of attention amongst tech enthusiasts with features that bring your smartphone apps on the car’s dashboard but Navdy is about living in a car with touchless gesture controlled capabilities. As Navdy CTO and cofounder Karl Guttag said on Mashable, “It’s obvious that touchscreens and knobs and buttons all force you to take your eyes off the road. There’s a lot of opportunity to improve that whole experience and make the whole experience safer and more natural and intuitive.” Navdy’s HUD comes with an inbuilt projector that displays all your information which could be anything ranging from navigation details to calls and social media messages on the driver’s field of view thus giving him all the necessary information without losing his focus from the road. It would seem more like a magical experience where your data would be floating in front of you only left for you to control through simple hand gestures or voice commands. 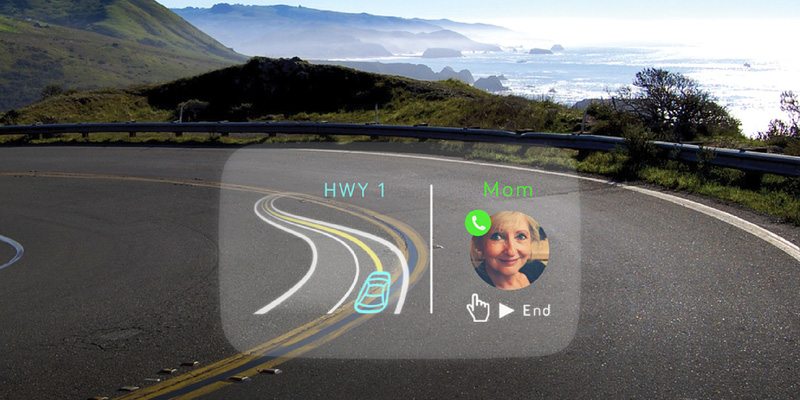 The device connects with your iPhone as well as Android and gives you text and other notifications from your phone while not compromising on the navigation data at any point in time. For example, if there’s an incoming call, you’ll only see it on half of the screen while the other half still displays the navigation details. Navdy is by every way a driver’s encounter with technology whose primary concern lies in keeping your focus intact everytime your hands are on the driving wheel. The use of touchless gestures and voice commands only make the whole perspective of using this even more natural and intuitive for a better and safer driving experience on the road. Can you imagine framing a tweet while driving just by speaking out the words? Navdy’s built-in noise-cancellation features can actually make this seem so easy than ever. Also, playing your music tracks inside the car with voice-control features would seem a breeze while you have Navdy around. 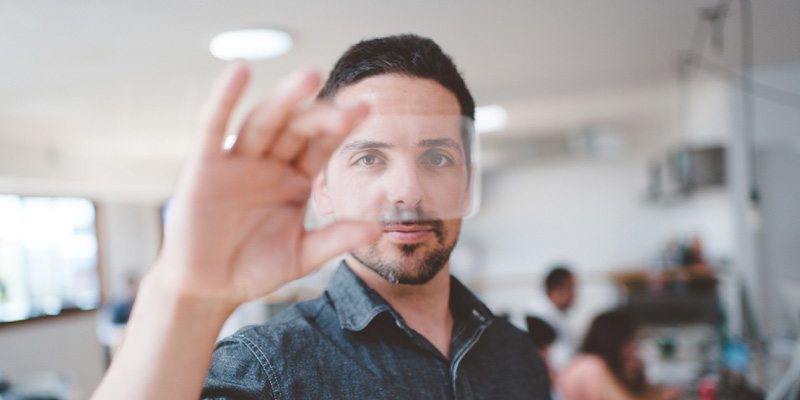 Experience the Future of Driving Technology

To add to the list of wonders Navdy is capable of doing, there’s the feature of checking what’s going on under the hood as well for you to have a better insight on your car details. By connecting with your car’s computer, Navdy can easily give you information on your car’s fuel economy, tire pressure, RPM, or any number of diagnostics your car computer offers. That being there, Navdy is also 40 times brighter than your smartphone due to which you can be sure of visualizing the dashboard even when driving during hot summer days with the sun’s bright presence dominating the sky. The installation procedure is also very simple. As stated on the site FAQ, “Navdy comes with a flexible mount that can be adjusted to conform to the shape of your dash.” So, this smart device does adhere to your car dashboard without leaving any marks behind. What else can a modern driver want in order to drive safe and sound on the streets without losing their form of smartphone interaction in any way. 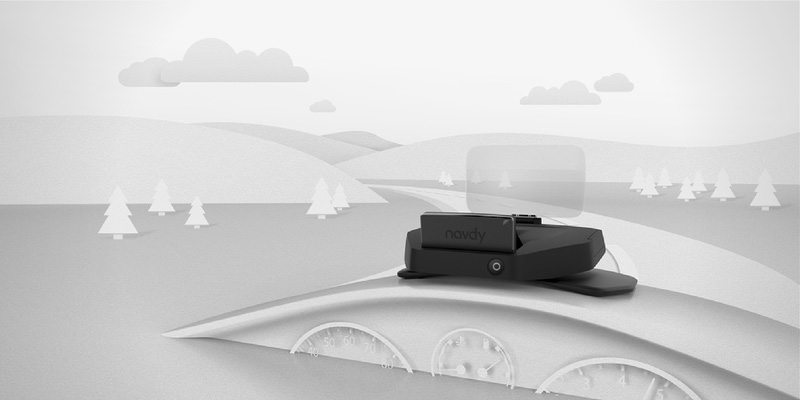 The original price being $499, Navdy is currently offering a 40% discount on pre-order which can give you a piece early 2015 at just $299. To all car owners out there, here’s a master car accessory you must have by your side instead of increasing the chances of facing an accident by fidgeting with your smartphone while on the driver’s wheel. Happy Gadgeting!