Parrot Drones: Take Off with These Outstanding RC Vehicles

Back in the nineties, Parrot was a small French startup that worked on voice recognition technology. After pivoting to focus on wireless products, the company unleashed shockwaves through the tech world with the original AR.Drone. Ever since, Parrot has been at the forefront of radio-controlled tech.

To celebrate the rise of this multimillion-dollar drone maker, we put together the ultimate roundup of Parrot drones.

The latest version of Parrot’s original showstopper was also the first quadcopter to allow owners to use their smartphone as the controller. It sends back live 720p video, and works with both iOS and Android.

Weighing in at just 400 grams, this popular drone has on-board GPS, meaning it can return to base automatically. The Bebop’s quad-core processor is eight times more powerful than the AR.Drone’s CPU. 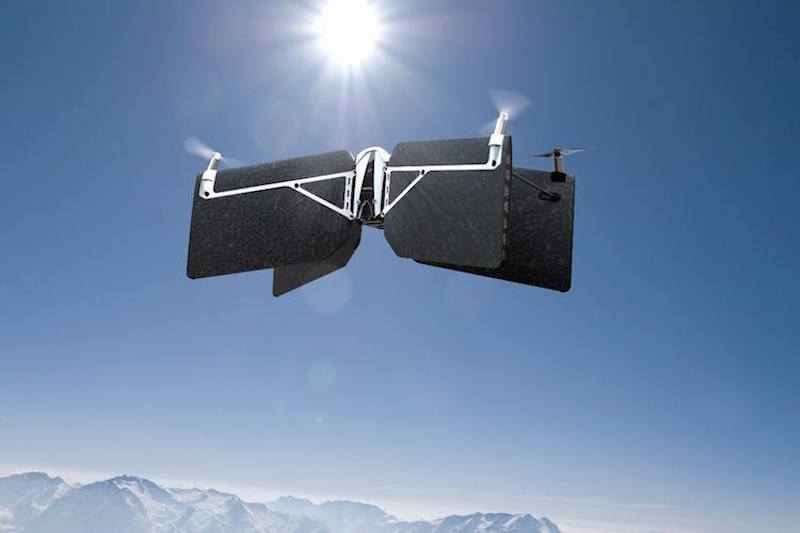 Speed demons will love the Swing Drone, which combines the control of a quadcopter with the gliding abilities of a plane. This compact jet can hit 19 miles per hour.

The Disco takes things further, ditching the quadcopter feel entirely for an aerodynamic wing shape. This brand new drone can reach nearly 50 miles per hour, while beaming an exhilarating first-person view down to the pilot.

Love drones? Check out the aerial beasts in The Gadget Flow Shop!

The excitement isn’t confined to the skies; Parrot’s Hydrofoil Drone glides over the waves, propelled by the uplift of four rotors. This incredibly advanced vessel has a 3-axis gyro, a vertical camera for ground speed measurement, and an ultrasonic sensor.

On land, kids will love sending the Jumping Sumo flying 80 centimeters into the air, and taking 90-degree corners in a flash. This two-wheeled wonder has auto-stabilization, meaning it always lands the right way up.

Grown-ups will get all the same fun out of the Jumping Night MiniDrone, with the addition of adjustable LED headlamps for night drives, and an ultra-wide camera for capturing the action.

Cyber Monday marks the height of the holiday shopping season. Deals are often better today than on Black Friday, and you can score them while sitting in front of your computer, listening to Christmas music. But in the swarm of..
Popular Blog Posts