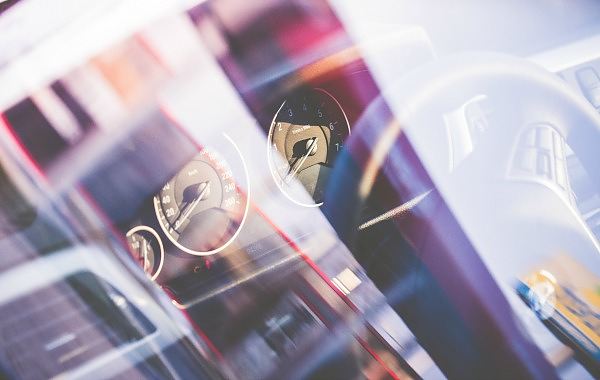 For years now, newer models of many cars have included partially autonomous features, such as the ability to parallel park hands-free, or automatic braking in sudden circumstances.

Even more recently, automakers including Tesla, Mercedes-Benz, BMW and Infiniti have released semi-autonomous models that include what amounts to an auto pilot feature. Yes, we’ve reached the point in time where technology is on the verge of filling roads with self-driving cars.

The technology needed on the outside of the car for autonomous driving is somewhat obvious, but the trend has led to interior technology as well.

Here is a look at what partially autonomous cars are, along with their pros and cons and the development of interior monitoring.

What Are Autonomous Cars, Anyway?

Put simply, semi-autonomous cars include self-driving features, essentially allowing the driver to relax while the car does all the work.

On the surface it sounds like a future we’d all like to live in. One can easily imagine a world in which highways are filled with only self-driving cars, making for faster and safer commutes – not to mention the ability to safely multitask while on the way to your destination.

Autonomous vehicles hit a speed bump earlier this year however, following the death of a Tesla Model S owner who crashed while using the car’s autopilot function. That has raised concerns about how fast the auto industry should adopt self-driving cars.

Technology will continue to advance, however, and even if it’s not in the next five or 10 years, there will be a point when partially autonomous cars become mainstream.

Without getting overly technical, autonomous cars use a series of exterior cameras and sensors to calculate the environment around them so they avoid hitting other objects and stay within lane lines.

Autonomous cars have led to another technology, as well: interior video monitoring.

Will internal cameras be used to monitor self-driving car owners? via @thegadgetflow

This is exactly what it sounds like – cameras placed on the interior of the car so it can monitor passengers as the vehicle moves. The idea of the technology is to identify the number of people within the car, along with their size and posture. Using that data, the monitoring system can deduce what exactly passengers are doing.

Such a system would offer a number of benefits, most geared toward safety. In an example used by researchers, interior monitoring would lead to assistance systems that would help people in self-driving cars multitask as the car allows without removing their attention from the road completely.

In this example, the assistance system could help parents keep an eye on kids in the backseat with a video display. This would keep the driver from turning around, away from the road, and help them keep their eyes ahead of the car while also paying attention to the kids.

Everybody is for safer cars, but the monitoring systems could lead to some concerns as well. Like with anything these days, privacy may be an issue if the video or data the system collects is shared with third parties. It could also potentially make drivers of semi-autonomous cars feel too safe and not attentive enough to the road.

The Highway to Autonomous Safety

For commuters, autonomous cars sound like a futuristic dream. The reality is actually closer than you might think, but humans will still be accountable for the safety of themselves and others while on the road.

One way to make the roads safer for the future is to reduce car traffic altogether. Commuters can help by looking into car-free transportation options, which cities continue to implement in hopes of less congested streets and lower environmental impact. And the fewer cars there are on the road, the fewer opportunities there are to hit one (autonomous vehicle or otherwise).

Assuming autonomous cars someday become the norm, technology would allow cars to talk to or sync with each other, relaying information such as speed, weight and distance from other traffic. This would make traffic flow smoothly and reduce the number of accidents.

Love it or hate it, technology is creeping into every aspect of our lives, including cars. No one knows when it will happen, but at some point autonomous vehicles will inevitably become the mainstream norm.

With that the case, greater innovation of technology both inside and outside of the car to help make roads safer will always be welcome.

Kayla Matthews is a Gadget Flow writer. She is also a contributor to websites like VentureBeat, VICE, TechnoBuffalo and GearDiary. To read more posts by Kayla, subscribe to her weekly newsletter on her personal tech blog.
Write your comment..
Popular Blog Posts
LG vs. Samsung 2020: Who’s winning the smart TV war? Best living room gadgets and accessories 10 workspace gadgets for a futuristic home office Must-have smart home cleaning gadgets Ultimate eCommerce checklist to boost your online sales 9 Smart home office gadgets to boost your productivity Best 5G phones to buy in 2020 24 Cool tech gadgets that prove we’re living in the future Must-use Kickstarter marketing tips and the best strategies to get funded 8 VR cameras to perfectly capture the world around you