Phree Is a Digital Pen That Works on Any Surface 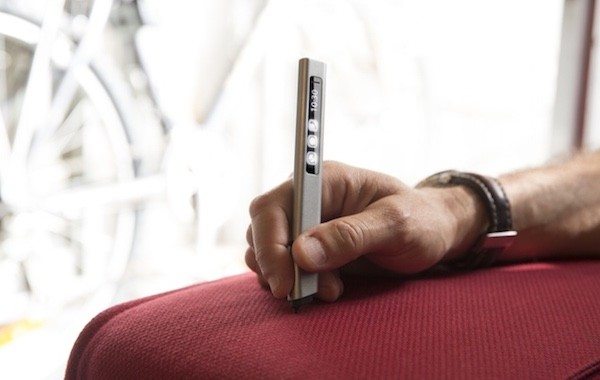 The boundary between the physical and digital worlds continues to erode with every passing week. So it is surprising that handwriting, the most natural form of textual communication, is still largely incompatible with modern technology. Some folks might argue that writing words by hand is simply a chore in these times of super-speedy texting, but for many of us, the physicality of the pen still appeals. A new device on Kickstarter, named Phree, allows you to convert your pen strokes into digital lines, and it can be used on any surface.

There is a reason why Phree looks like the stylus from a graphics tablet. In essence, it performs the same function. But unlike a stylus, Phree uses an inbuilt laser to sense how it is moving across a surface, meaning there is no need for a tablet or any other kind of additional capture hardware. Remarkably, this works on everything from furniture covers to the back of your hand, with the movements being translated into live strokes on your screen via Bluetooth. Obviously, these surfaces will not appreciate regular or sustained use, but they still allow the pen to record at an impressively high resolution. 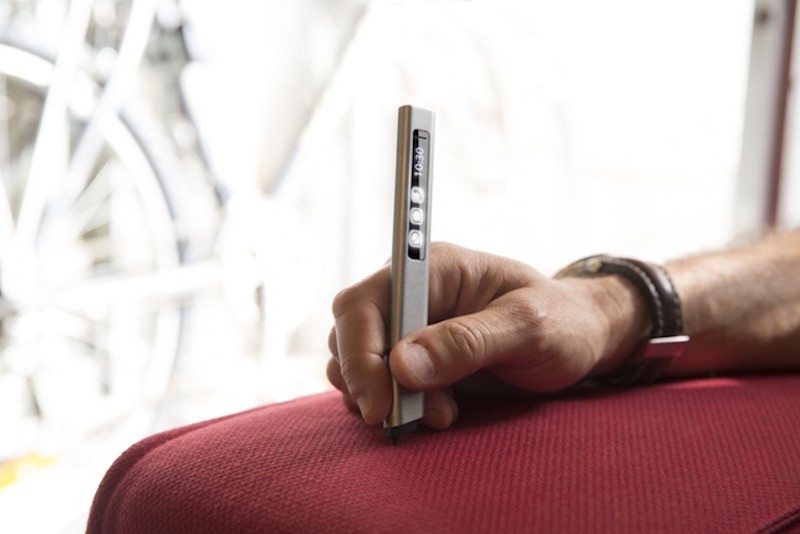 The idea is that you can easily scribble notes or create sketches, but OTM Technologies — the startup behind Phree — particularly sees the potential for using the pen with cutting-edge software. For instance, you can use the pen with Google’s handwriting keyboard on Android to write messages at speed, or with virtual reality goggles as an intuitive control method.

Impressively, writing is not all the pen has to offer. Down one side is a small touchscreen, which can alert you to incoming phone notifications. If you want to reply to a text, you can do so simply by writing on the table in front of you. There is also a speaker and a microphone inside Phree, which means you can hold it up to your ear and use it as a Bluetooth headset.

Unsurprisingly, Phree has been popular on Kickstarter, with the Early Bird pledge tier filled by backers. However, at the time of writing, you can still pre-order the pen for $148, with delivery scheduled for next spring.