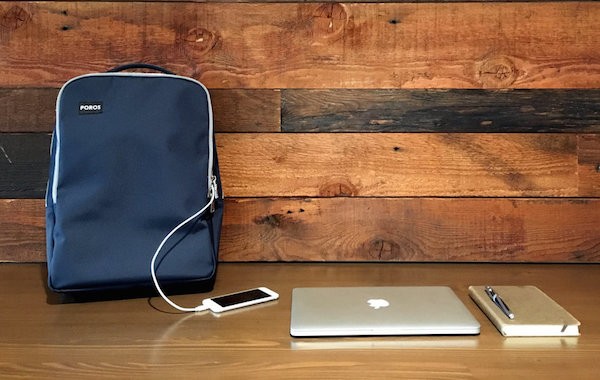 While the battery life of modern devices allows for freedom of movement, charging is still very much a static activity. For commuters and regular travelers, the search for an outlet is a regular irritation. A new startup, named Poros, wants to fix this. The company’s first product, the Tetra backpack, has an integrated portable battery. The idea is not new by any means, but the quality of the execution certainly is.

Recently launched on crowdfunding platform, IndieGoGo, the Tetra bag is unfussy in appearance. Only a small monotone Poros logo adorns the outer, dark blue surface that is made from ballistic nylon — the material originally used in flak jackets. The bag offers a padded sleeve for laptops of up to 15 inches, and it has the approval of the TSA. But the fun stuff is all neatly tucked away. 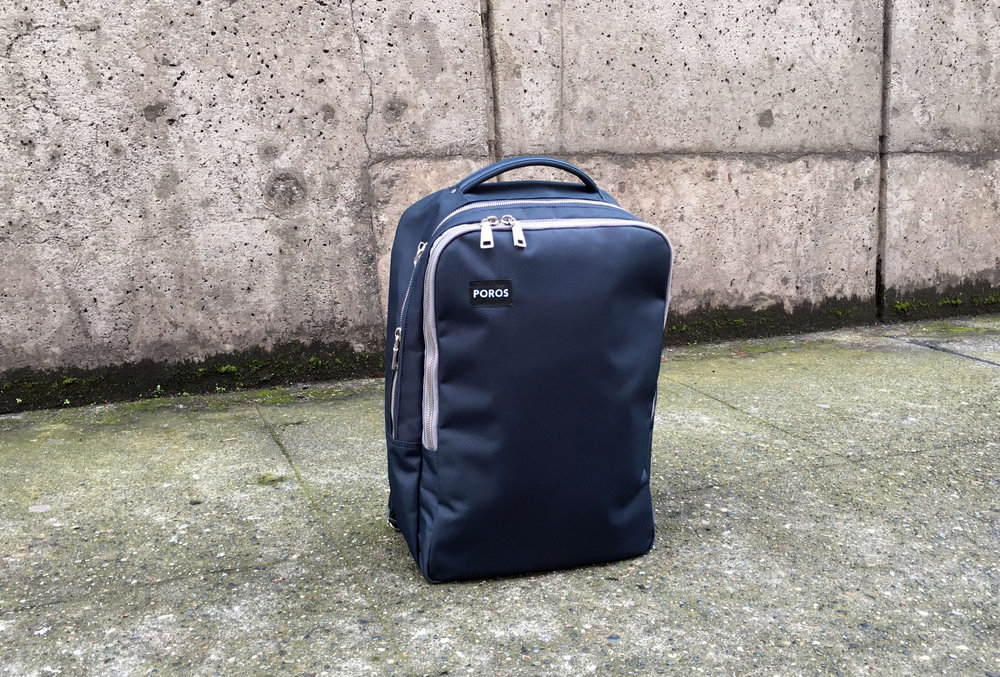 In an internal cavity, the Tetra has its own 10,000mAh battery, which is able to recharge a phone between three and six times over. There are dual power outputs, with the faster of the two being a USB C port that is able to charge many modern laptops with a fast-flowing 2.1 amps. You can choose between a Lightning or micro USB connector for your second output; either way, you get 1 amp. You can even see how much juice the internal battery has left to give via a built-in LCD screen. 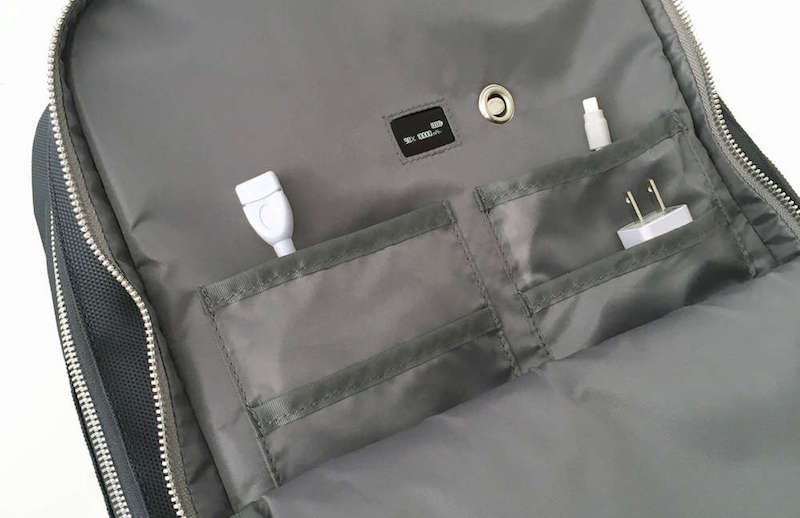 Of course, skeptics might wonder why the Tetra is significantly better than putting a regular backup battery in a regular laptop backpack. There is no definitive answer, other than to say that the quality and convenience of Poros’ offering is outstanding. It is like comparing a motorbike with a DIY electric bicycle. There is no comparison. 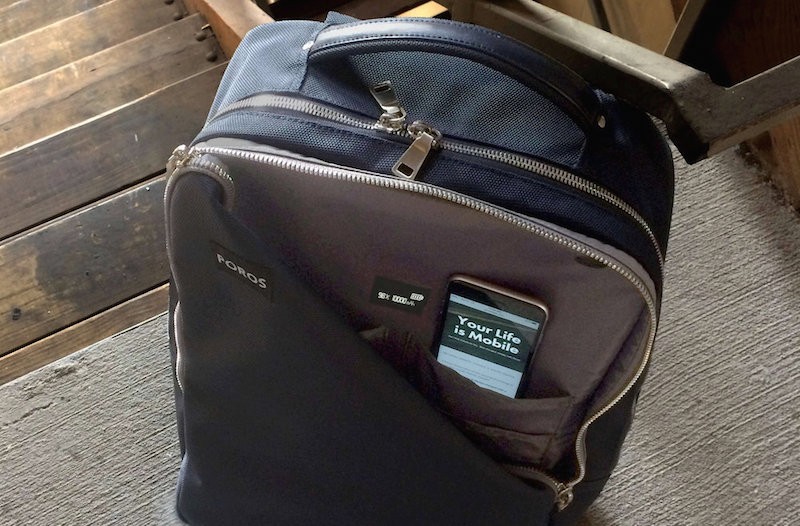 Early adopters have already swooped at the time of writing, but it is still possible to pre-order the Tetra for $119 — nearly half of the eventual retail price. While the long-term pricing places the Tetra at the luxury end of backpacks, IndieGoGo backers are getting a very clever bag for a very reasonable price.