Samsung Galaxy View: In Case You Need a Bigger Tablet 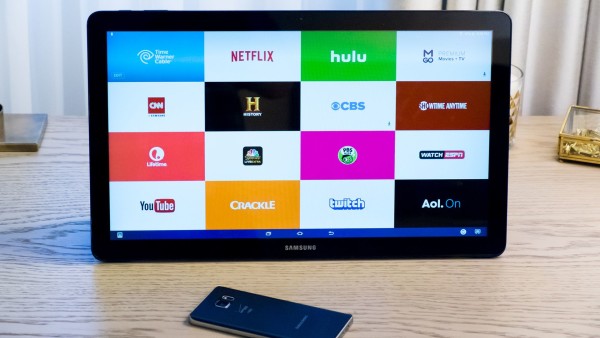 So remember when I talked about the huge iPad Pro? Big tablet, big ideas, just as capable as replacing a laptop as the Surface Pro tablets. But what if neither of these options are big enough for you? Maybe you need a proper workout to go with your mobile electronic usage; that’s where the Samsung Galaxy View comes in. Samsung is proving yet again that they are willing to tread where no one else will in an effort to innovate. They realized people were buying a tablet as a big phone or a small laptop, what about a replacement television? The Galaxy View aims to fill this (imagined?) void in the market but how does it hold up? Let’s find out! 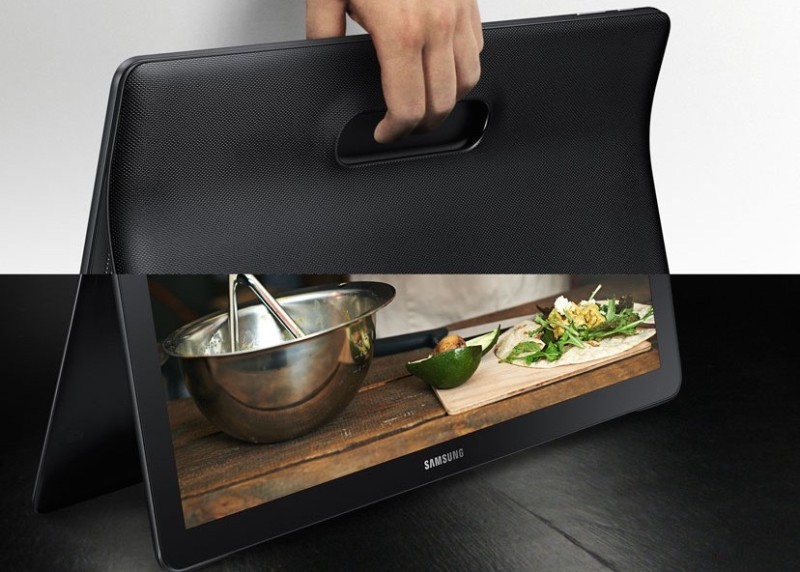 So the Galaxy View is kind of gigantic. It’s a tablet only in name because at 18.4 inches, it boasts a screen larger than most laptops. It should be in a new category of its own; let’s call it a Fiat 500. Wait, that already exists. Surprisingly, the Galaxy View weighs almost as much as a Fiat 500 and is similar in size to the floating door from the end of Titanic. There is enough room!

Seriously though, the Galaxy View is meant as a television replacement as well as a mobile device so it weighs in at 6 pounds and has a stand and handle. The overall shape isn’t shocking or revolutionary, it’s just scaled up to proportions we’ve never seen before. It won’t fit in a backpack so don’t plan on taking this thing anywhere; it’s a stay home gadget. 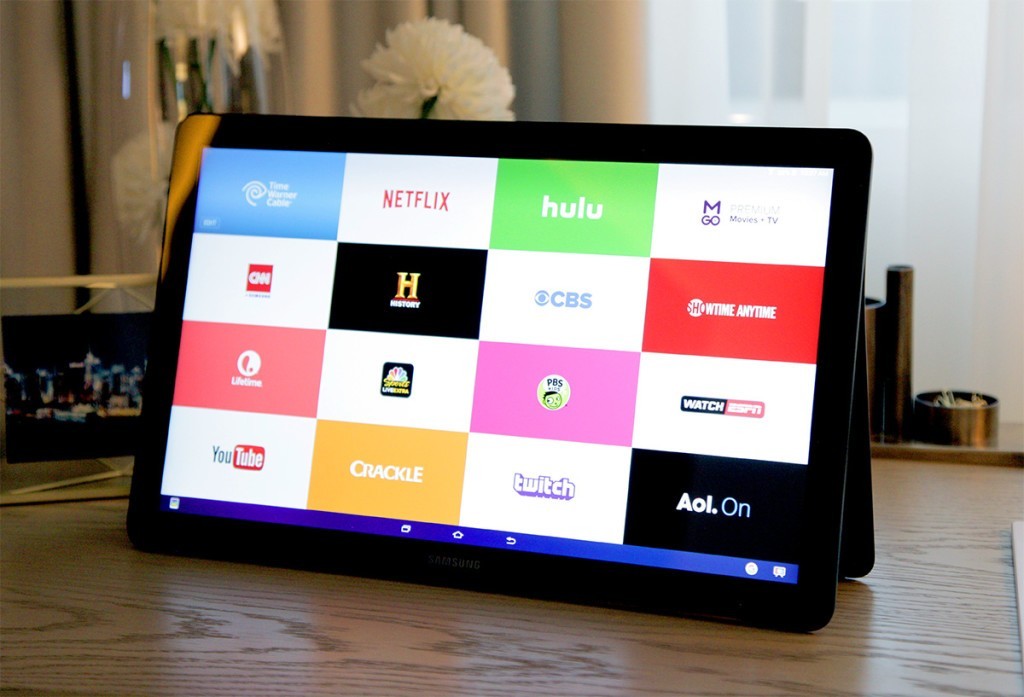 The main focus of the Galaxy View is streaming content. It has the right aspect ratio and maintains the common resolution across all streaming services with a 1920 by 1080 display. You would be right in thinking the resolution leaves a rather low pixel per inch density; just don’t come in expecting smartphone levels of resolution and it should satisfy your needs quite easily. My television is old with a 720p resolution and it works just fine because I’m not as close to it as my phone when I’m using it.

The rest of the specs are pretty solid and include some great speakers. However, for an intended television replacement, the Galaxy View doesn’t have nearly as many ports as you would think; only a micro USB port and micro SD slot. In the end, the Galaxy View is an outlier with no real intended audience. It’s a cool product and I’m sure we’ll see some of the technology included here in future iterations of other Samsung products. But at $599, you can do better.