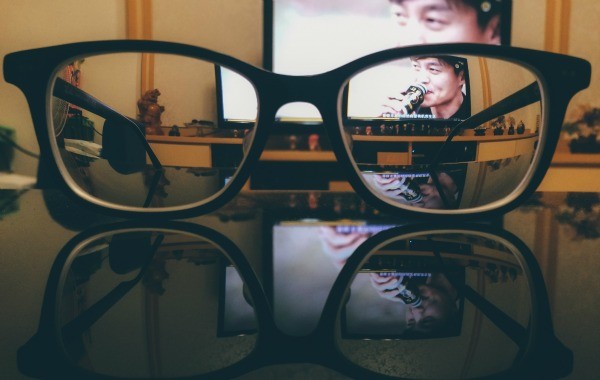 4K TVs have been slowly trickling out and making their way to store shelves. Sadly, though, there haven’t been many Ultra HD 4K-ready accessories available — until now.

The Samsung UBD-K8500 is an Ultra HD 4K-ready Blu-ray player which was originally announced at the 2015 IFA tech convention. It’s not technically supposed to be available to consumers — meaning on store shelves — until March. It seems, however, that some folks will be getting it much earlier. Customers that have preordered the player from Best Buy received a notice that it’s shipping out to them, and it should be in their hands by February 10th.

Another store, located in Santa Monica, indicated on their Facebook page that they had sold out of all their stock the same day it was advertised as available.

At this point, you’re probably wondering what the big deal is with 4K.

What Is 4K Ultra HD?

High definition has meant a max resolution of 1080p (1,920 by 1,080) for most TVs and external players. Certainly, there’s a huge quality difference between HD and SD when you’re watching via the appropriate stream. However, many believe that the format has long been overdue for an upgrade, and that’s where 4K Ultra HD content comes into play.

4K — also referred to as UHD — includes displays with up to eight million active pixels. In terms of resolution, that means an output of 3,840 by 2,160 as a standard for televisions. The resolution is slightly higher for digital cinemas that show 4K content, with a resolution of 4,096 by 2,160. Needless to say, the quality is much improved over high definition — four times as much if you’re counting. When compared to standard definition, 4K content is 23 times the resolution.

In the same space that a 1080p HDTV would display one pixel, a 4K Ultra HDTV can display four. To break it down, that means 4K content is much clearer and precise, provided you’re watching the right stream. It also requires a higher amount of bandwidth locally — via HDMI cables and such — and remotely when streaming.

Samsung is the first to ship out a UHD, or 4K-ready Blu-ray player that customers can use with the latest 4K-ready TVs. Of course, those same folks will need to purchase — or repurchase — any movies they wish to see in 4K in the new disc format. This is similar to the HD launch back when standard DVDs were the most common format.

The Future of 4K

It will be a while before you see a massive boost in 4K content, but it’s not like the technology is useless currently. There are plenty of 4K-ready TVs on the market, and several streaming services like Netflix offer 4K-quality content.

It just so happens that Samsung’s UBD-K8500 Ultra-HD player is capable of streaming this 4K content from providers like Netflix — which is great for the folks who haven’t had a chance to get their hands on a 4K ready Blu-ray disc yet.

If you don’t have a 4K-ready TV or you’re not gnawing at the bit to pick up one of Samsung’s Blu-Ray players, don’t feel bad. It will take some time for the technology to catch up, so you have breathing room. Just be aware that eventually, the new standard will likely be 4K. That means standard definition content will be phased out even more so, and HD content will get put on the back burner as well.

It’s not likely either of those formats will disappear completely, however. Standard definition content is still the most viable for streaming on slow or limited-bandwidth networks, so you won’t see streaming providers get rid of that support anytime soon.

Still, it’s nice to see 4K finally making its way into the spotlight. It won’t be long before more companies follow Samsung’s lead.