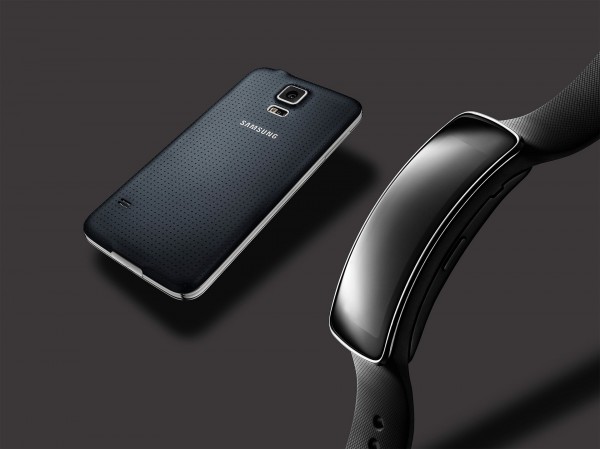 The biggest items in the mass consumer electronic market are the smartphone and wearable technology, whether it’s smartglasses or smartwatches. Every major tech company is entering the wearable department. Google has the Glass, Sony has the SW2 with rumors of a Google smartwatch, known as the Gem for the time being, and an Apple iWatch. Even a gaming peripheral focused company called Razer has the Nabu coming out in the next few months. Some companies are biding their time in order to make a first class product, i.e. Apple, while others, such as Sony and Samsung, jumped right into the fray.

Sony and Samsung dove head first into the smartwatch market. Both came out with substandard devices that highlighted the extreme strengths and the extreme weaknesses of the technology that is being used. The Galaxy Gear was big, expensive, and had limited compatibility while also setting the standard for how a touchscreen on a smartwatch should work. The first Sony SW was small and outmatched by the Galaxy Gear. Sony upgraded their smartwatch with the SW2 and now Samsung has come out with guns blazing to tear up the wearable market while also upgrading their flagship smartphone. 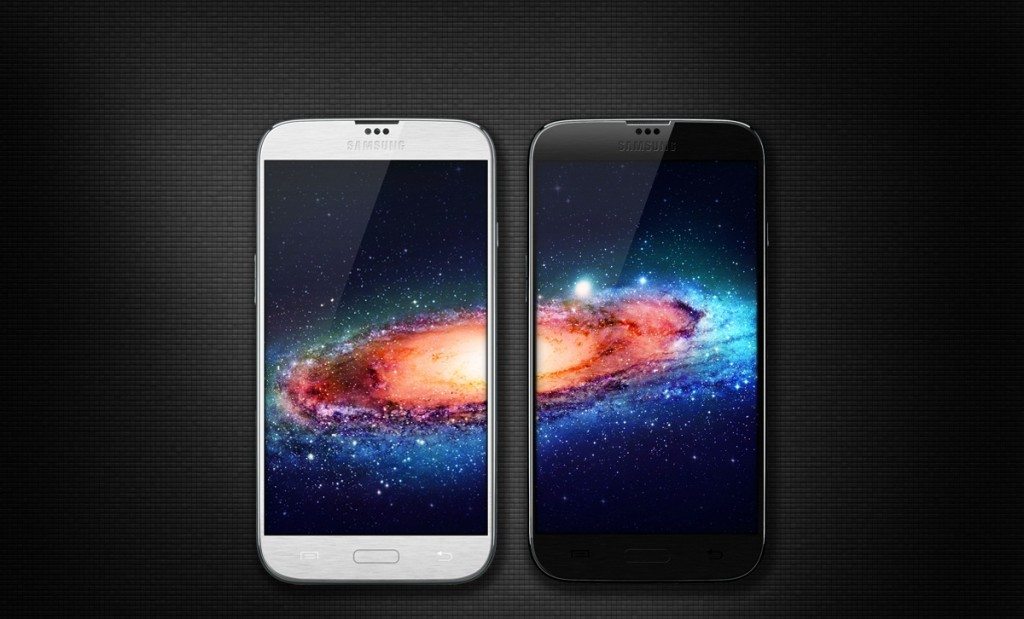 The New Flagship of Samsung

I will start with the Galaxy S5. Honestly, the S5 is just an upgrade to the S4 for the purposes of competing directly with the iPhone 5s. The fingerprint scanner is a novel idea but one already introduced by Apple. The back of the phone is now perforated to add some visual and tactile interest but is ultimately just a gimmick. The specifications have been upgraded, from the battery to the processor, everything is slightly better than the S4 iteration. Nothing groundbreaking but definitely keeping up with the improvements in technology. One interesting feature is that the phone is now considered water-resistant. By resistant, Samsung claims that the S5 can “submerge in up to 3 feet of water for 30 minutes without fear of moisture damage.” I’m pretty sure that most people won’t be testing this feature out on purpose but will certainly ease worried minds in the case of an accidental toilet drop. Either way, Samsung will have to handle warranty claims which, as a consumer, reassures me that if I were to drop the phone in the toilet and it stopped working, I could simply get a replacement. 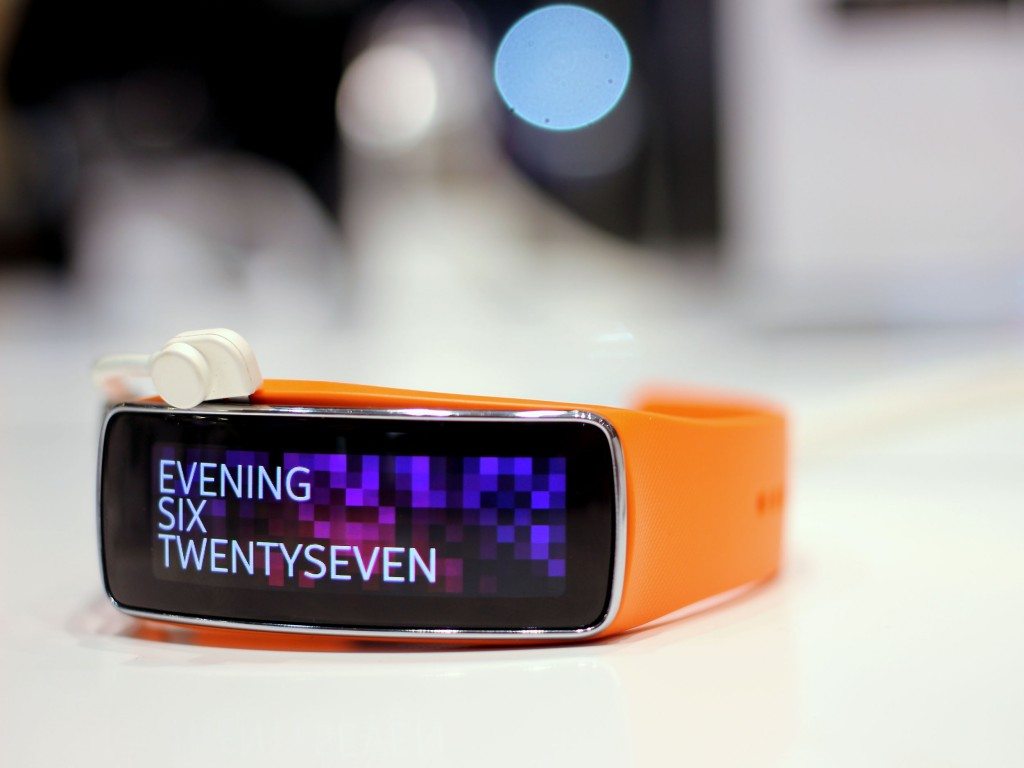 The Future of Fitness

Now that you know about the latest and greatest (and repetitive) smartphone, let me tell you about a revolutionary piece of gadgetry that is now the standard for smartwatches: the Gear Fit. The Gear Fit is the most beautiful and simple yet useful smartwatch in existence. While it is not a full fledged smartwatch like the Galaxy Gear or the new Gear 2, it reflects a minimalistic approach while also staying functional and pertinent to your daily life. It has a beautiful, vivid Super AMOLED touchscreen display that stays visible even in bright lighting. The Gear Fit has a heart rate monitor on the back of device that automatically your heart rate whenever you’re wearing it and will track everything the S5 can track but will track sleep and exercise all on its own. It will show calls, emails, and text messages and also control music. The battery life is rated at 7 full days without a charge but Samsung does concede that an active user will drain the battery in 3 or 4 full days at best. Either way, knowing that if I miss a charge one night won’t affect the next day of usage is more than enough battery. In my mind, the Gear Fit is the perfect smartwatch. It won’t replace the smartphone; it complements the smartphone by extending the functionality to a place that is easily accessible while also subtle and sleek and able to do the simple basics of a fitness tracker without the smartphone having to be connected during exercise. The only issue I find is with compatibility. The Gear Fit is only compatible with 20 Samsung devices. While 20 is a solid number, it doesn’t account for all of the other phone manufacturers. I’m hoping that the Gear Fit will eventually become compatible with other phones but I’m highly doubtful of that development possibility. 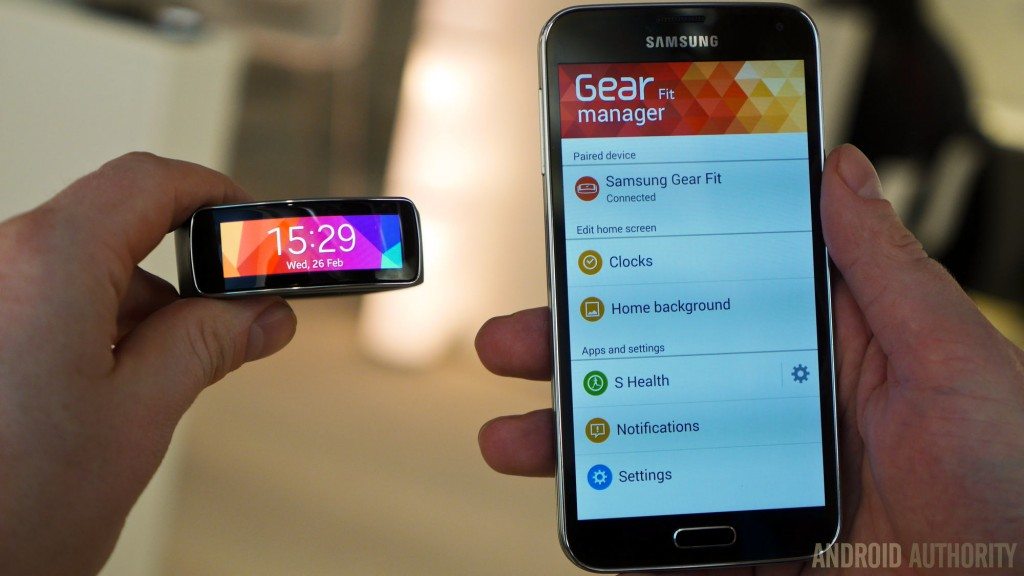 The S5 has a UK retailer putting prices at £550 but that price could certainly change before the release date; it certainly fits with the current prices of smartphones. The Gear Fit has no such price point available at the time of this writing but the speculation is that the price could be anywhere from $100 to $200. At the lower of that price range, the Gear Fit is the absolute best option on the market. At the higher end, doubts arise about the value. I will wait to make a final opinion until they are both on the market but I have high hopes for the future of the Gear Fit and the entire smartwatch market. Mark my words, I’ll do everything I can to get my hands on a Gear Fit.