Star Wars is a cultural phenomenon. There are fans all over the world, and it's hard to leave your house without seeing something. From bumper stickers, to T-shirts, to movies, games, and books, Star Wars is everywhere. 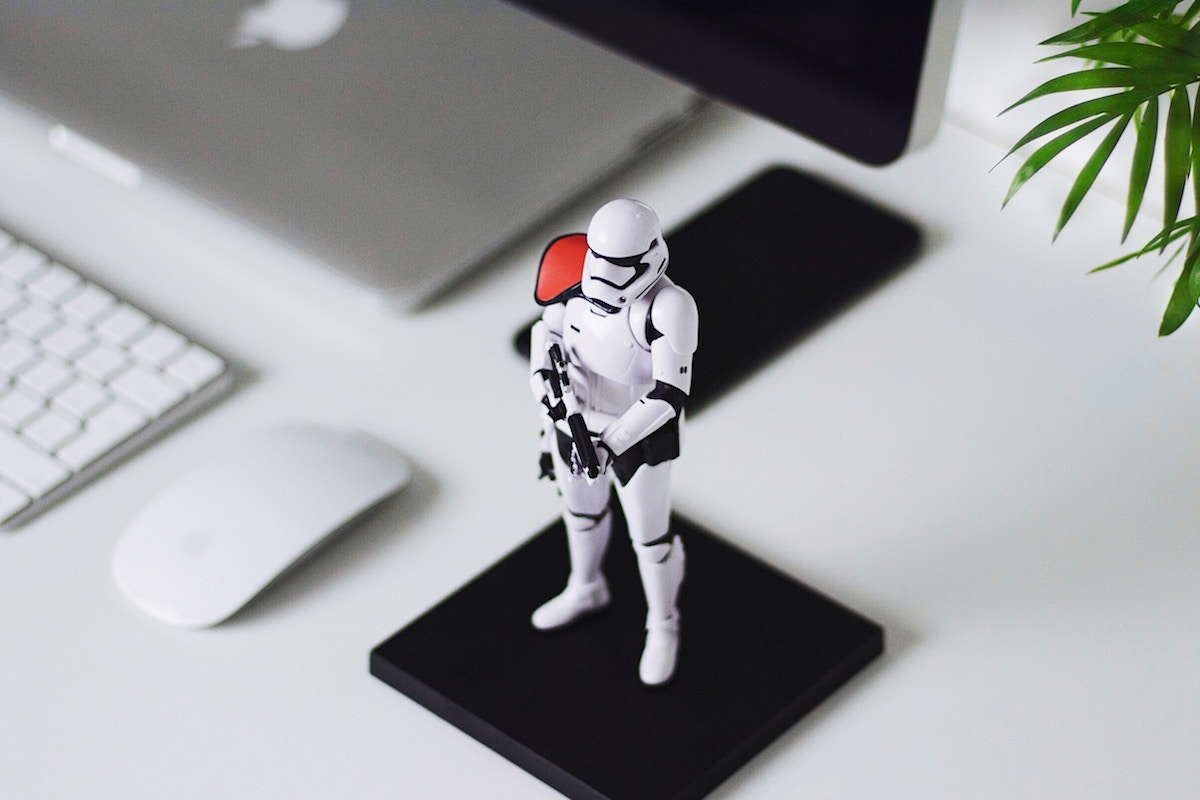 If you can think of it, there’s probably some sort of Star Wars merchandise for it. And for good reason. The franchise is awesome (except for Episodes 1, 2, and 3; let’s not discuss those. And Solo gets a hard “maybe”). But for those of us who love the movies and expanded universe, we love to get our hands on all of the Star Wars gadgets we can. From household items to collectibles, there’s a Star Wars gift for everyone.

Luckily, there are a ton of options to choose from. With renewed interest in the universe since Disney’s purchase, and the release of new movies and shows such as The Mandalorian, there seems to be a never-ending stream of merch to pull out our wallets for. Collections that were once complete now need to be expanded with the introduction of new characters, and as technology improves and new devices are released, there’s Star Wars merch to correspond with it.

But never fear. We have you covered. We’ve rounded up some of our favorite products to bring a little bit of the Rebellion or the Empire into your home.

If you’ve ever wanted your own BB-8 to patrol your realm for you, now you have your wish. The Sphero BB-8 allows you to bring part of the Star Wars world home with you. This BB-8 has an adaptive personality, which means it will change as you interact with it. You can set this droid up to patrol the house on its own, or you can guide BB-8. 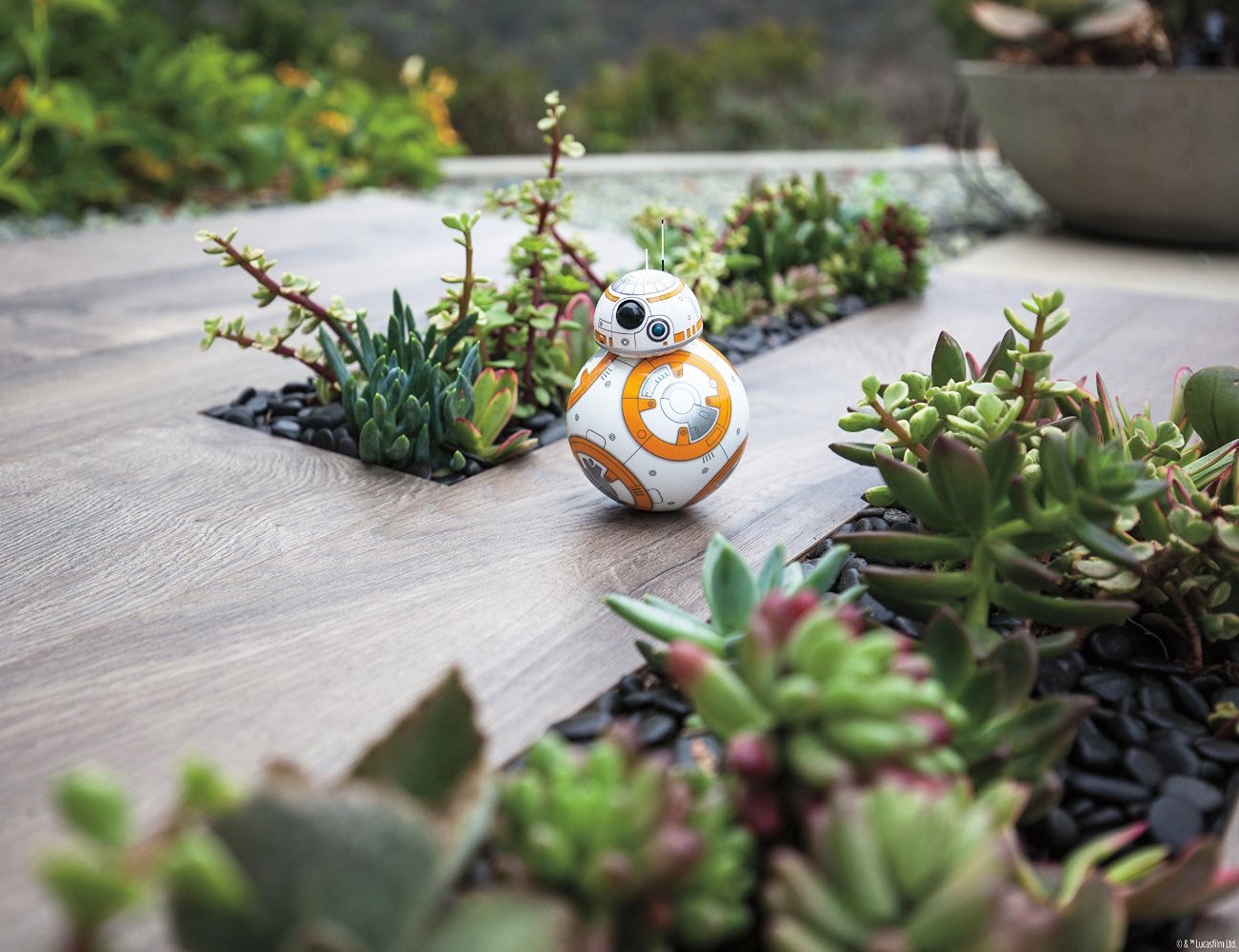 The Sphero BB-8 is your personal droid 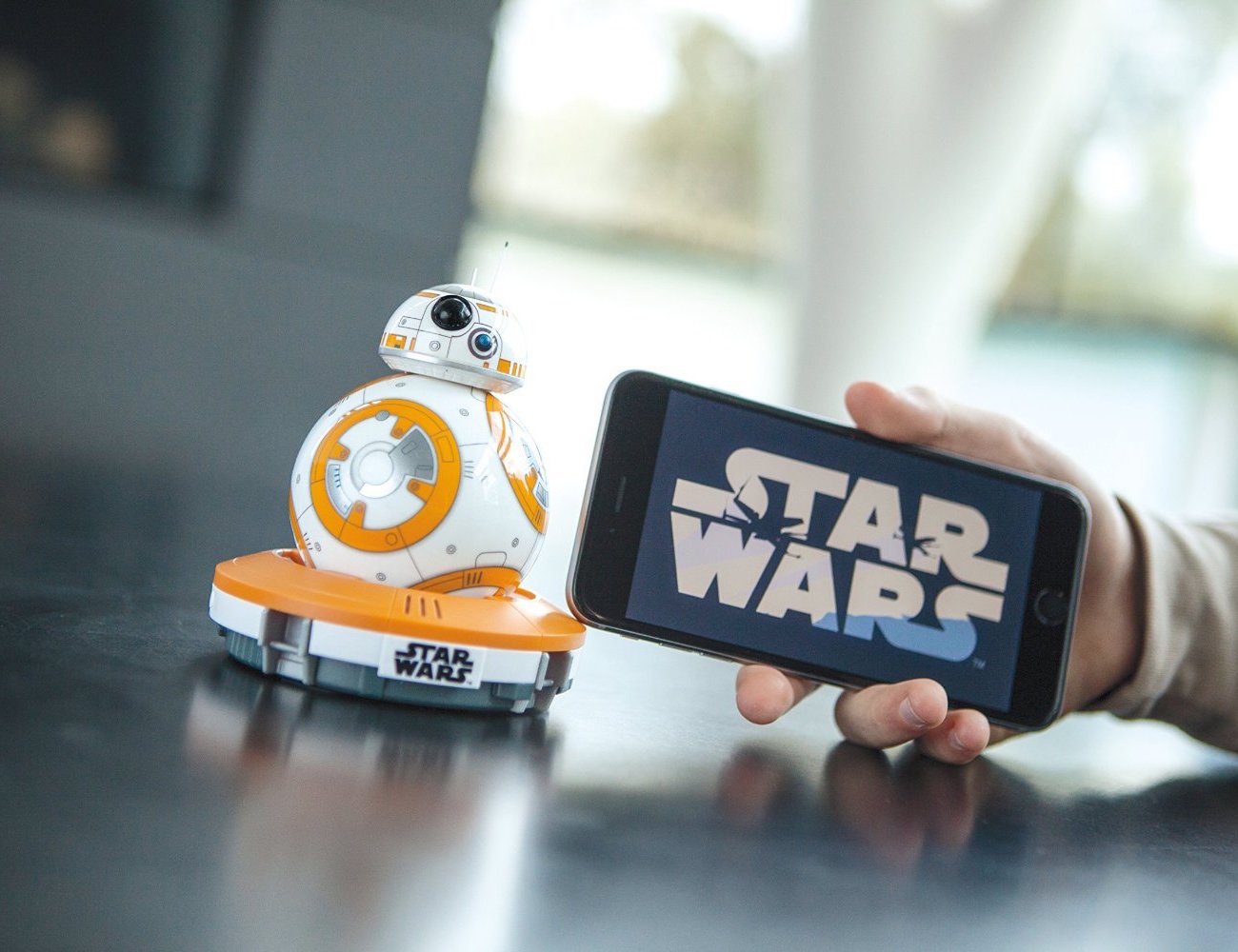 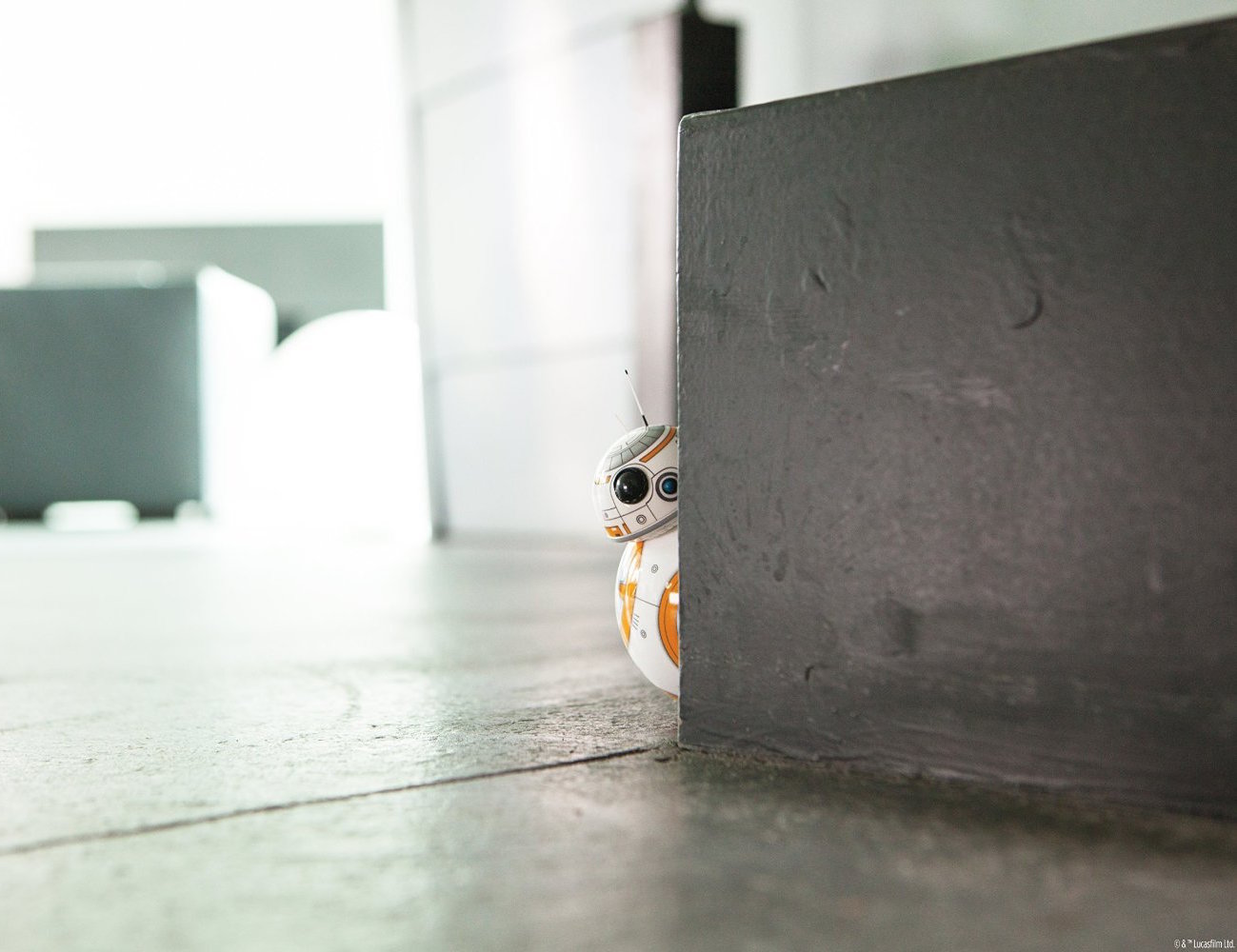 We’ve all seen the clapper commercials. And even though you’ve probably made some jokes at its expense, we can all agree that having a clapper on your bedroom light would be pretty darn convenient in a lot of instances. With this Darth Vader Clapper, you can have both your clapper and Vader doing your bidding. 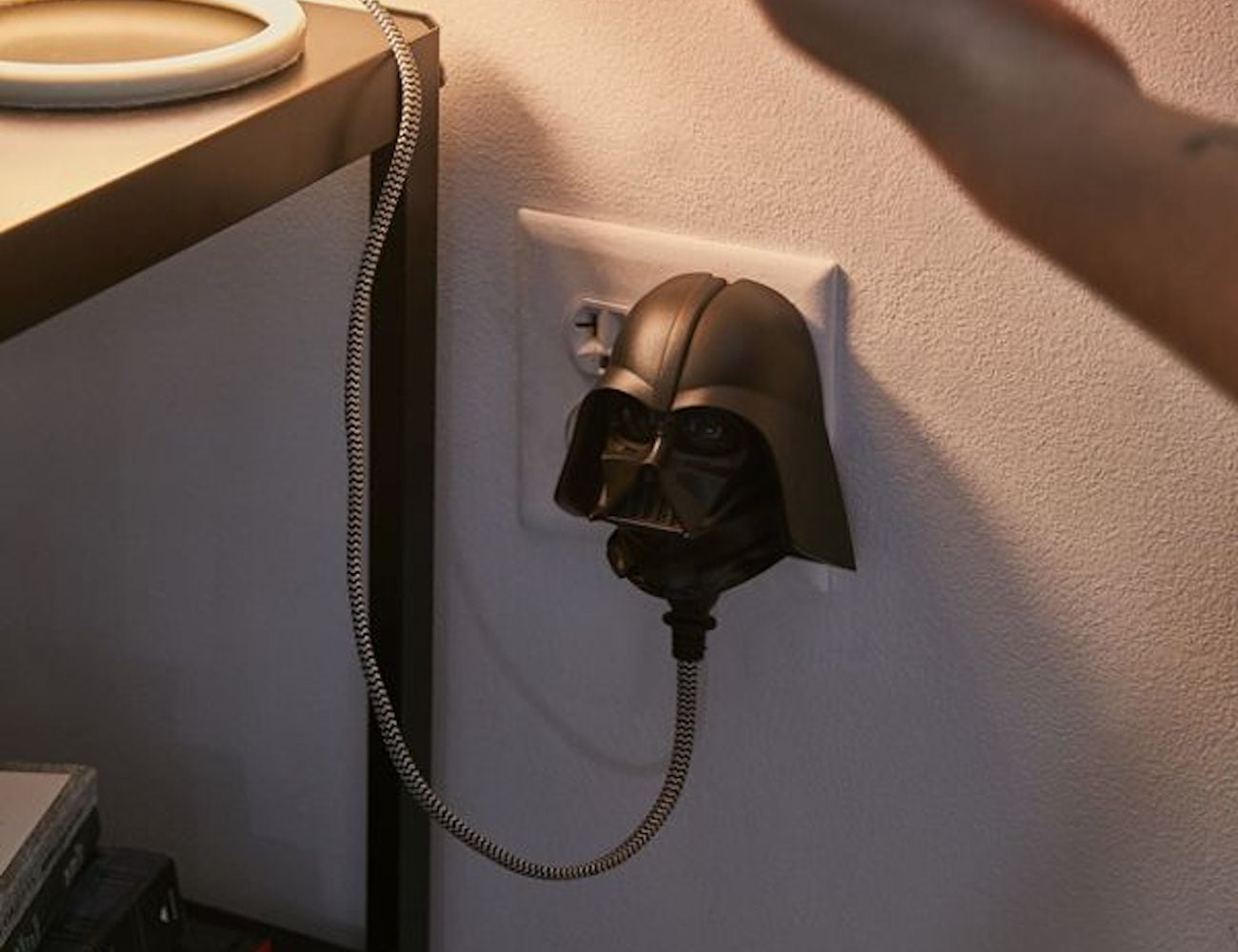 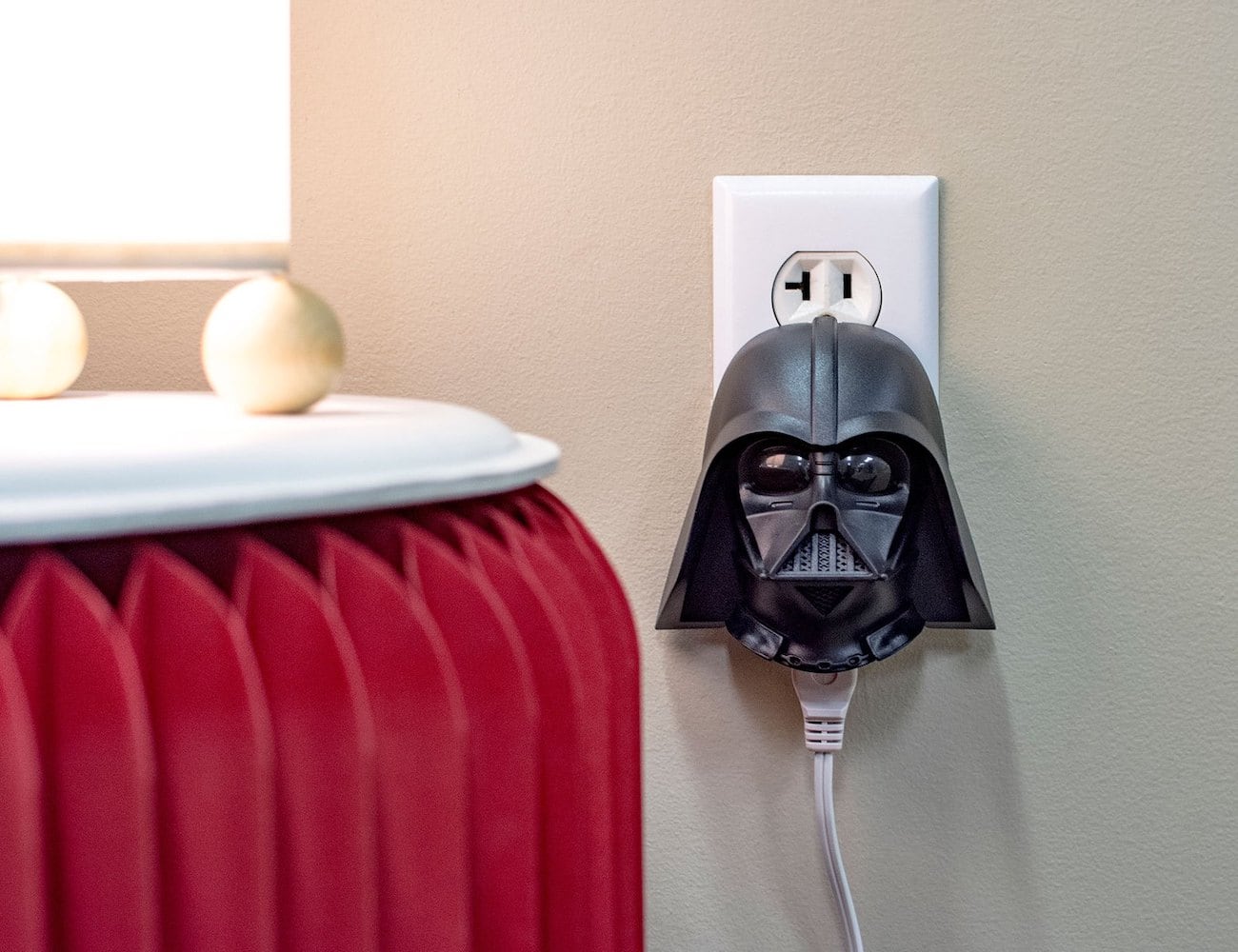 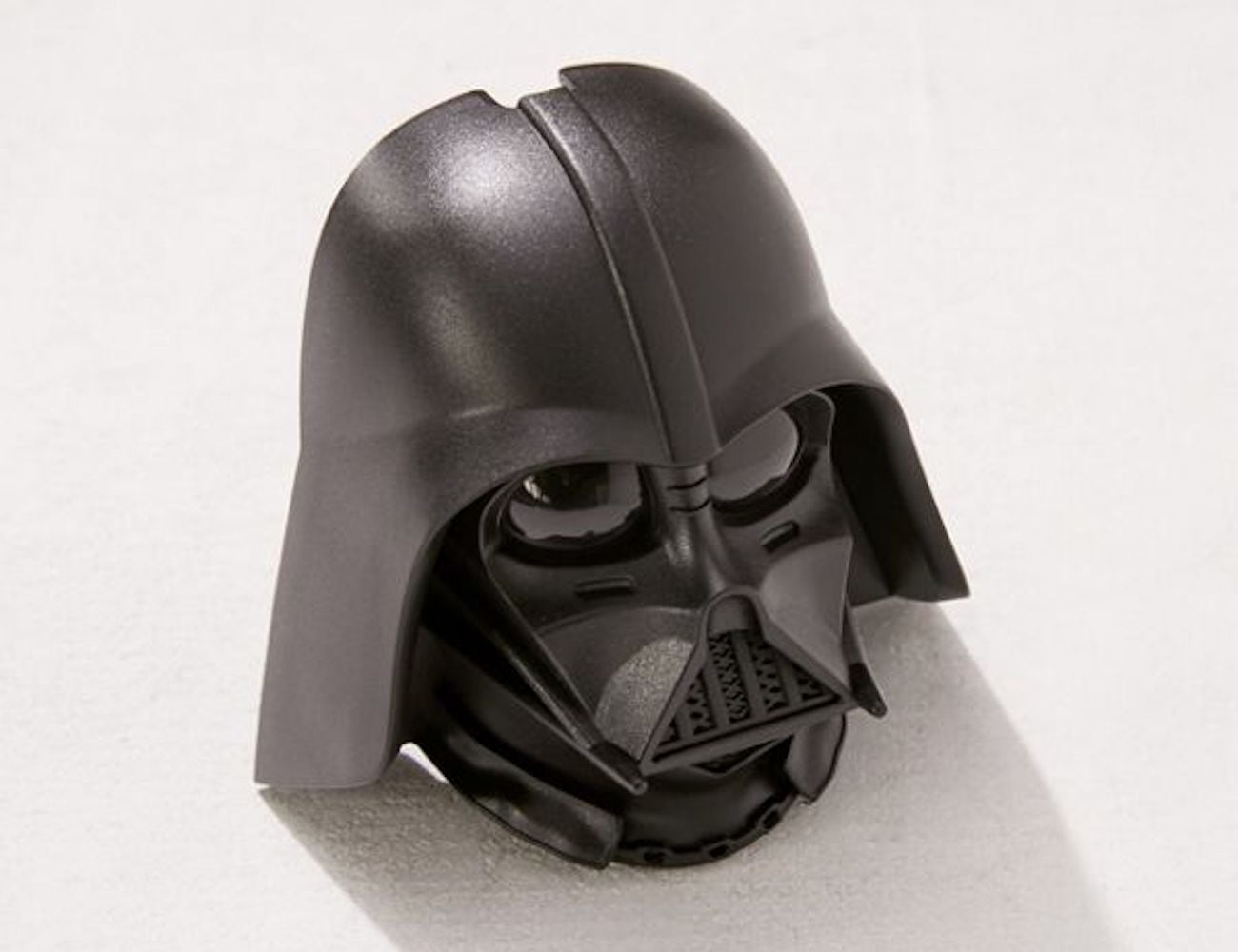 Thanks to Disney+, you can settle in for a long weekend of watching all of your favorite Star Wars movies back to back to back. But what’s a movie marathon without popcorn? While you’re watching the Death Star on the big screen blow up, let your own Death Star Popcorn Maker provide your movie snacks. And you can make it a healthy snack, since this popcorn maker doesn’t require butter or oil. 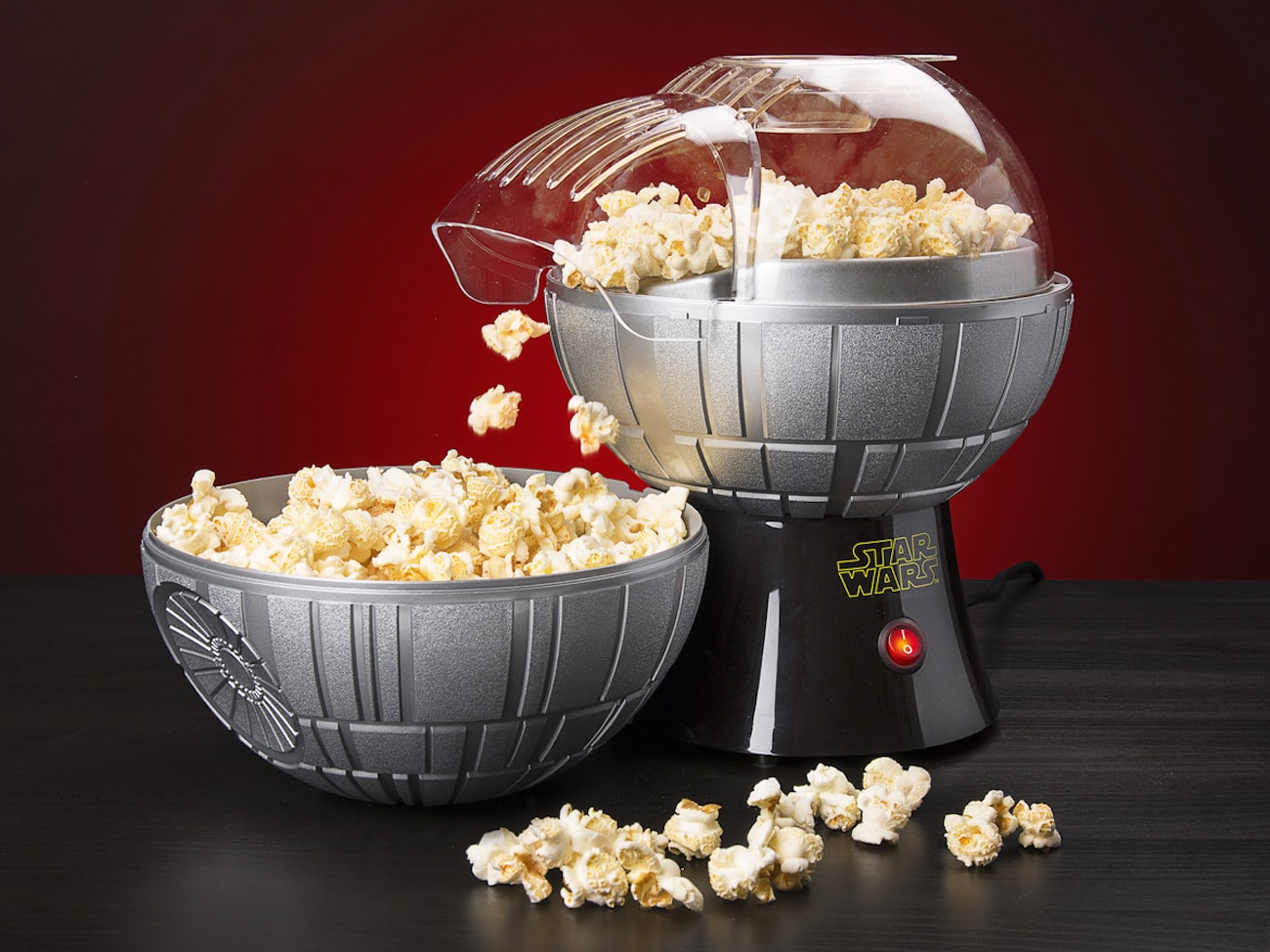 Get popcorn from the Death Star 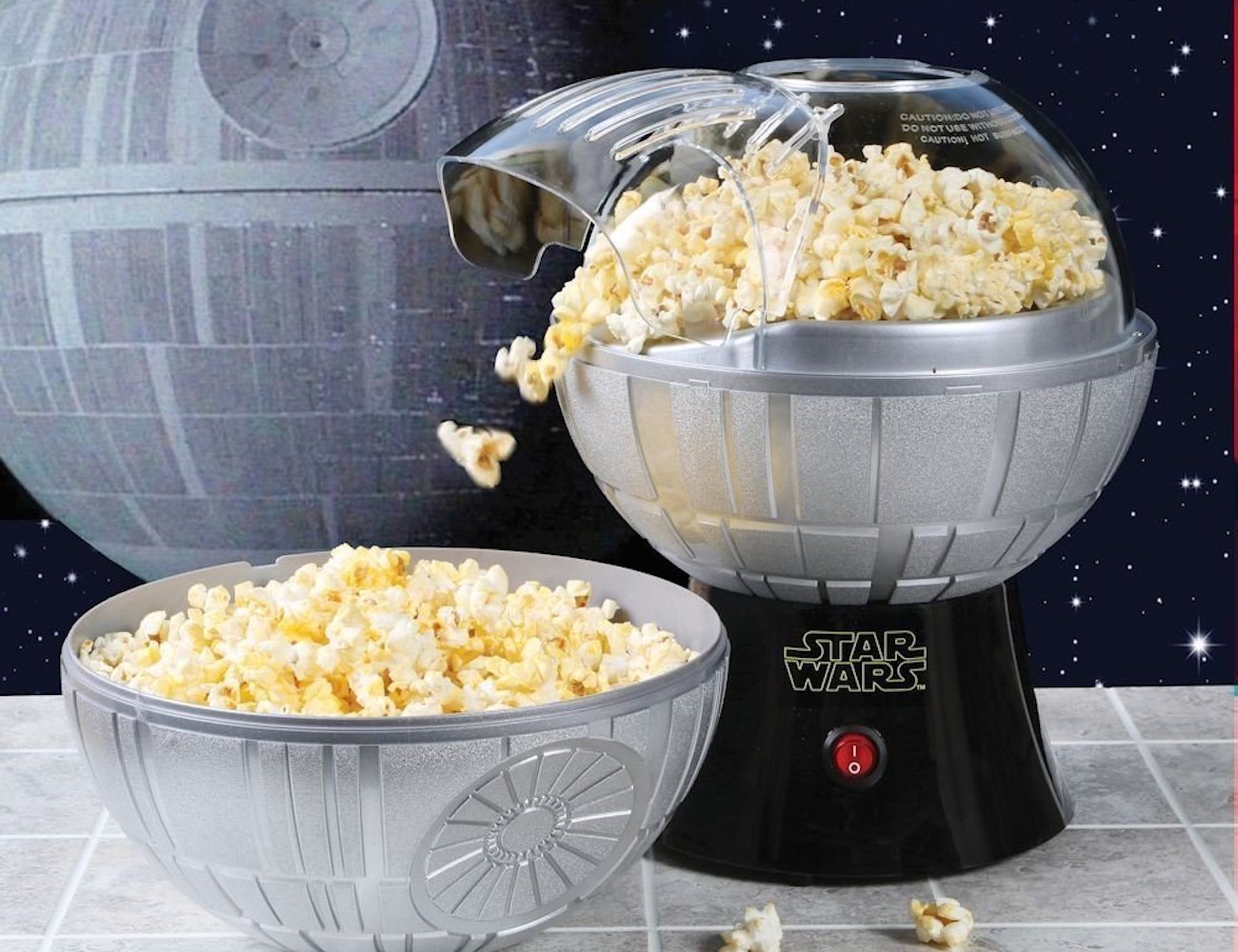 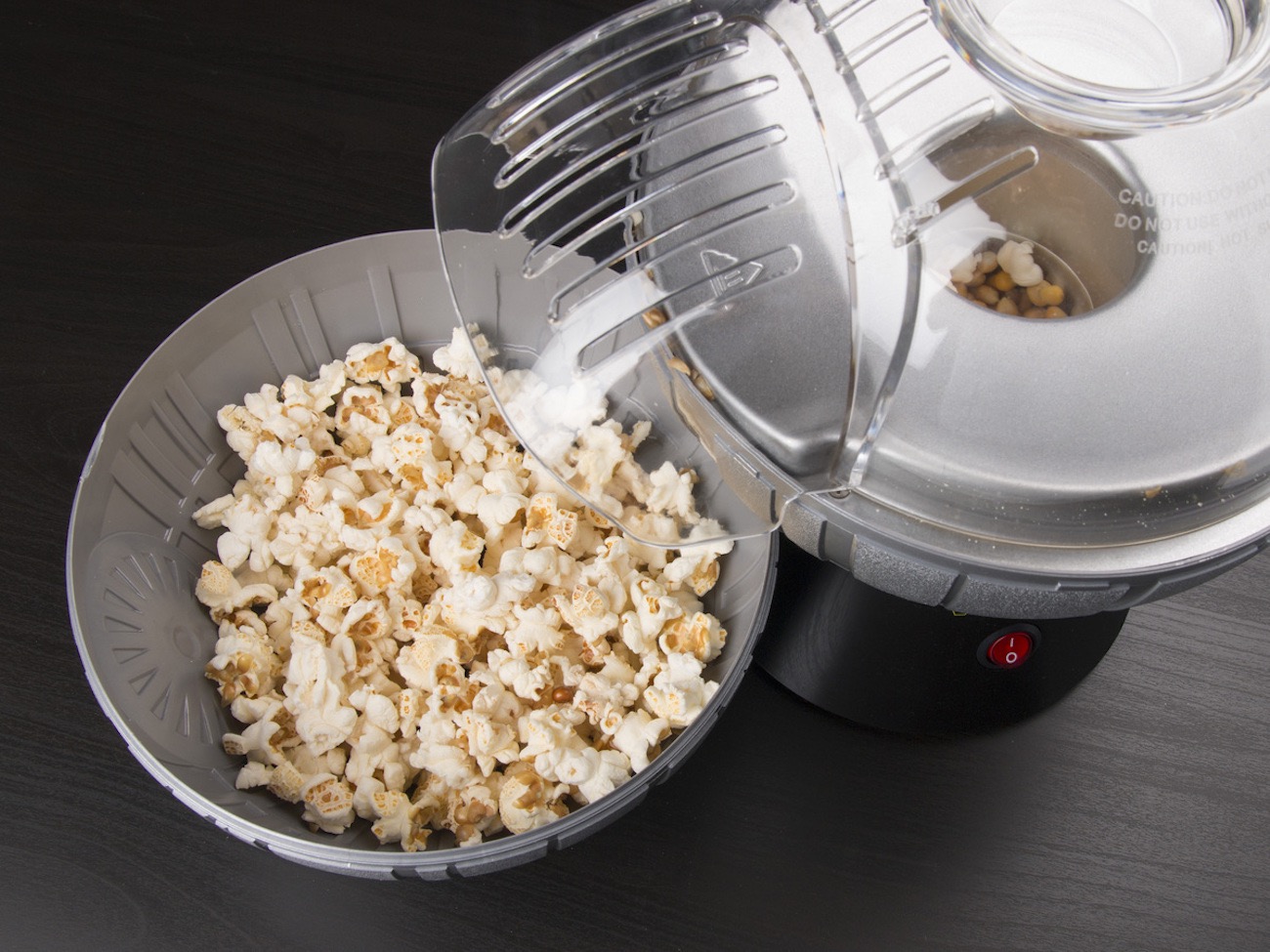 Start your morning with a little bit of the dark side with this Stormtrooper Toaster. This two-slice Star Wars gadget will put the Galactic Empire logo on every slice of bread. And it even toasts your thicker waffles too. Not to mention, it’ll look cool sitting on your counter. Because who doesn’t need a little bit more decoration in their kitchen? 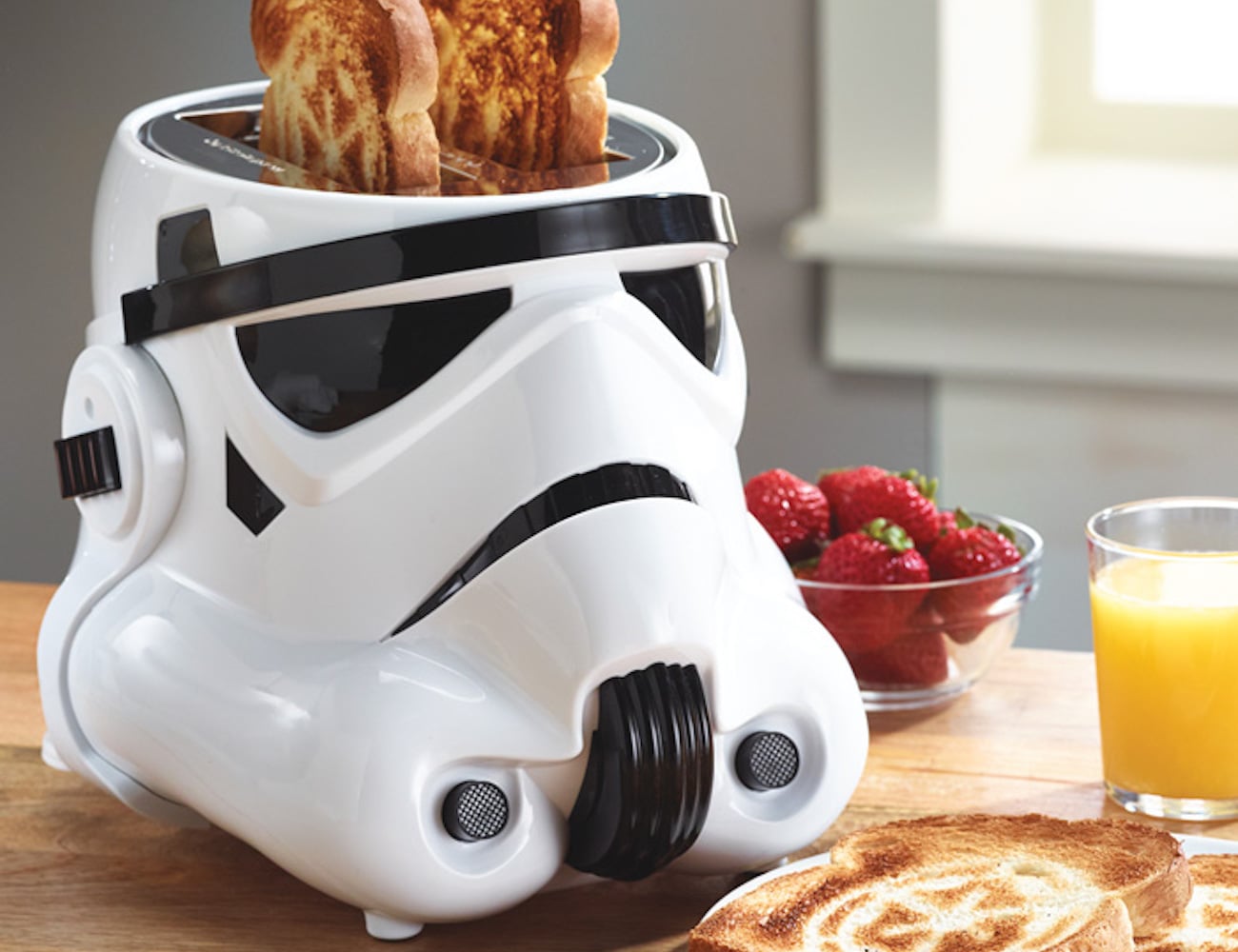 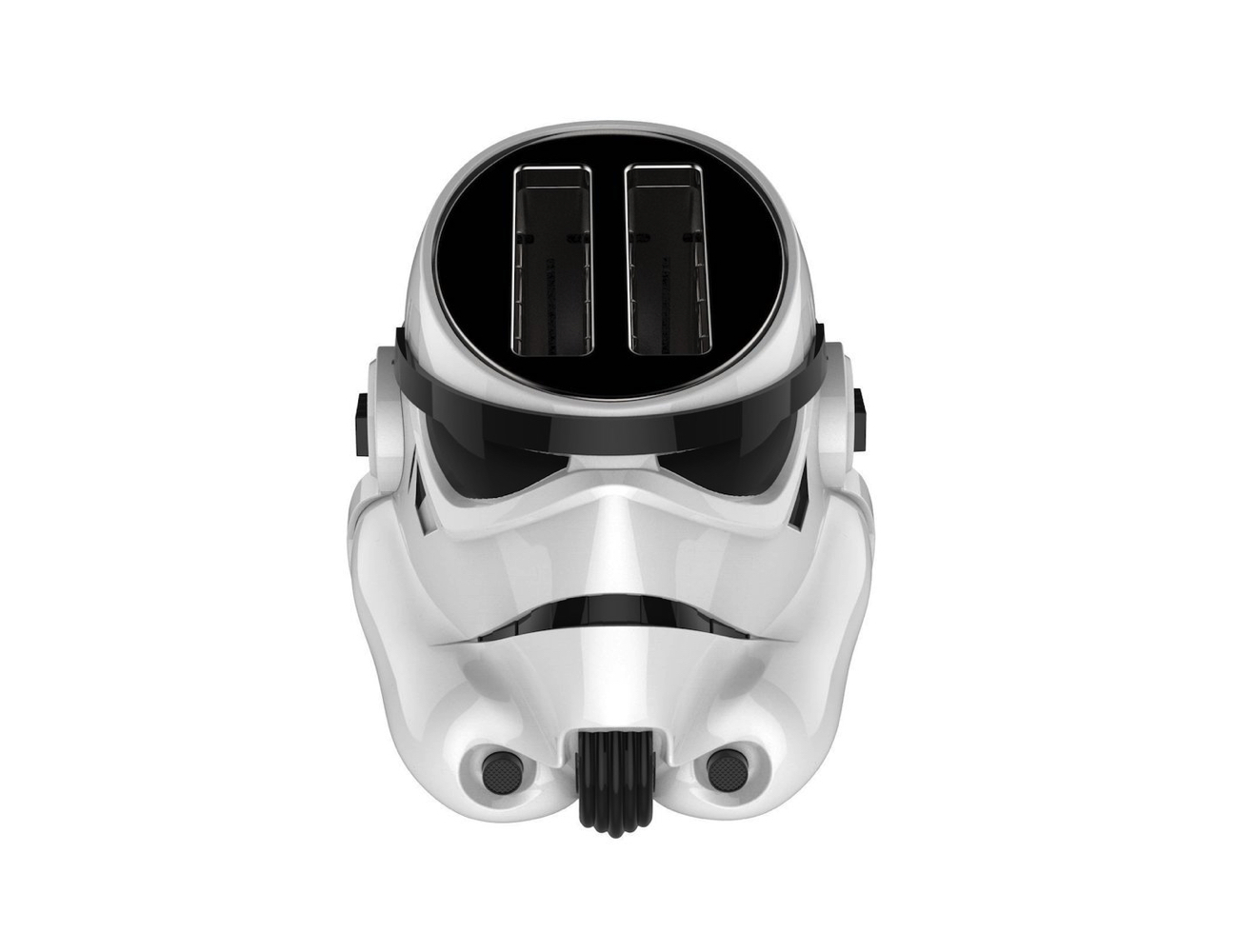 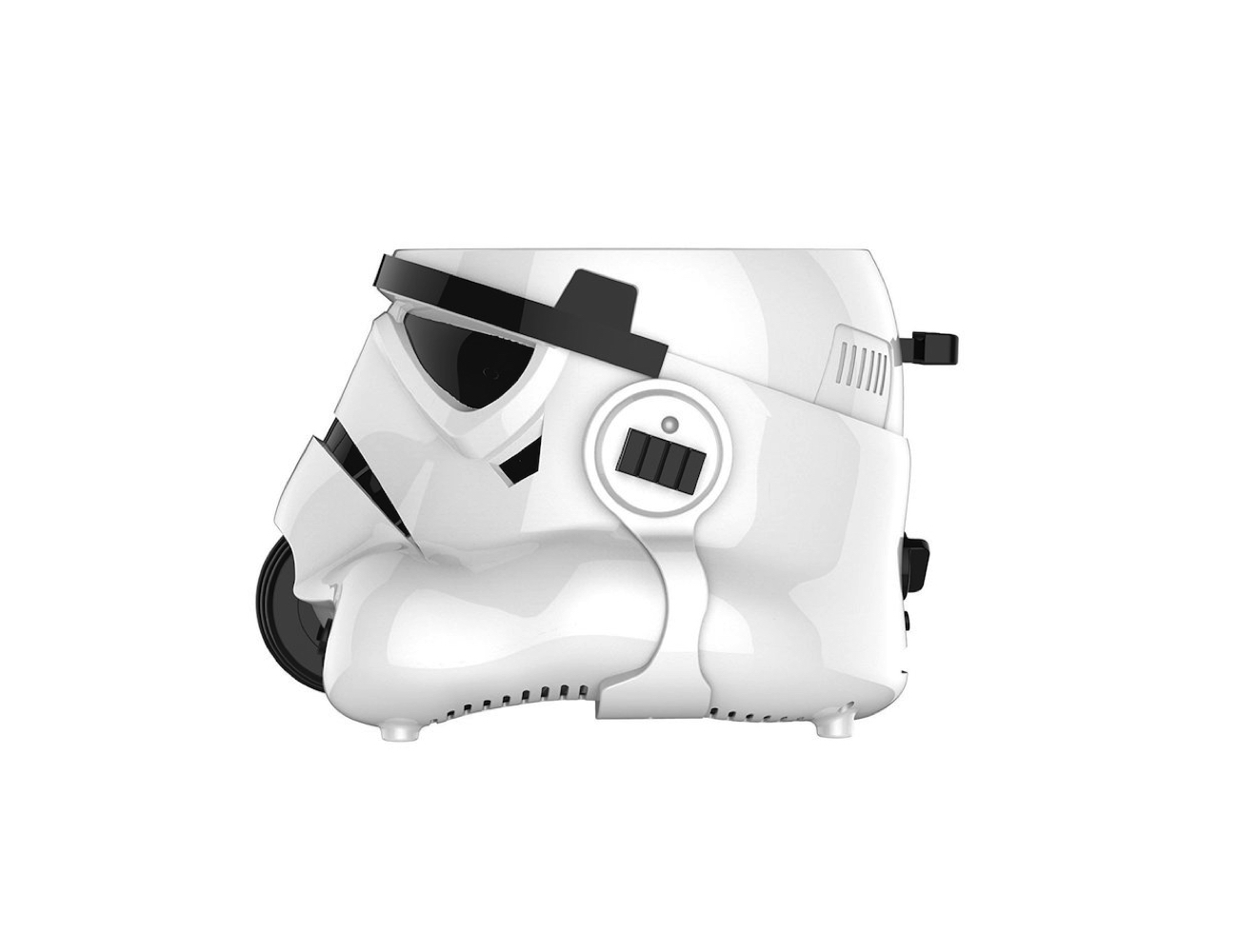 If you’re looking for the perfect Star Wars gift for the superfan in your life, they’ll love this Millennium Falcon Guide Lamp. Not only is this gadget a perfect nightlight it has the specs for the Falcon on it. Not only will they be able to memorize the layout of the ship, this lamp also comes with 16 different color choices. If you have a kid who loves Han and and Chewy, this is the nightlight they need in their bedroom. 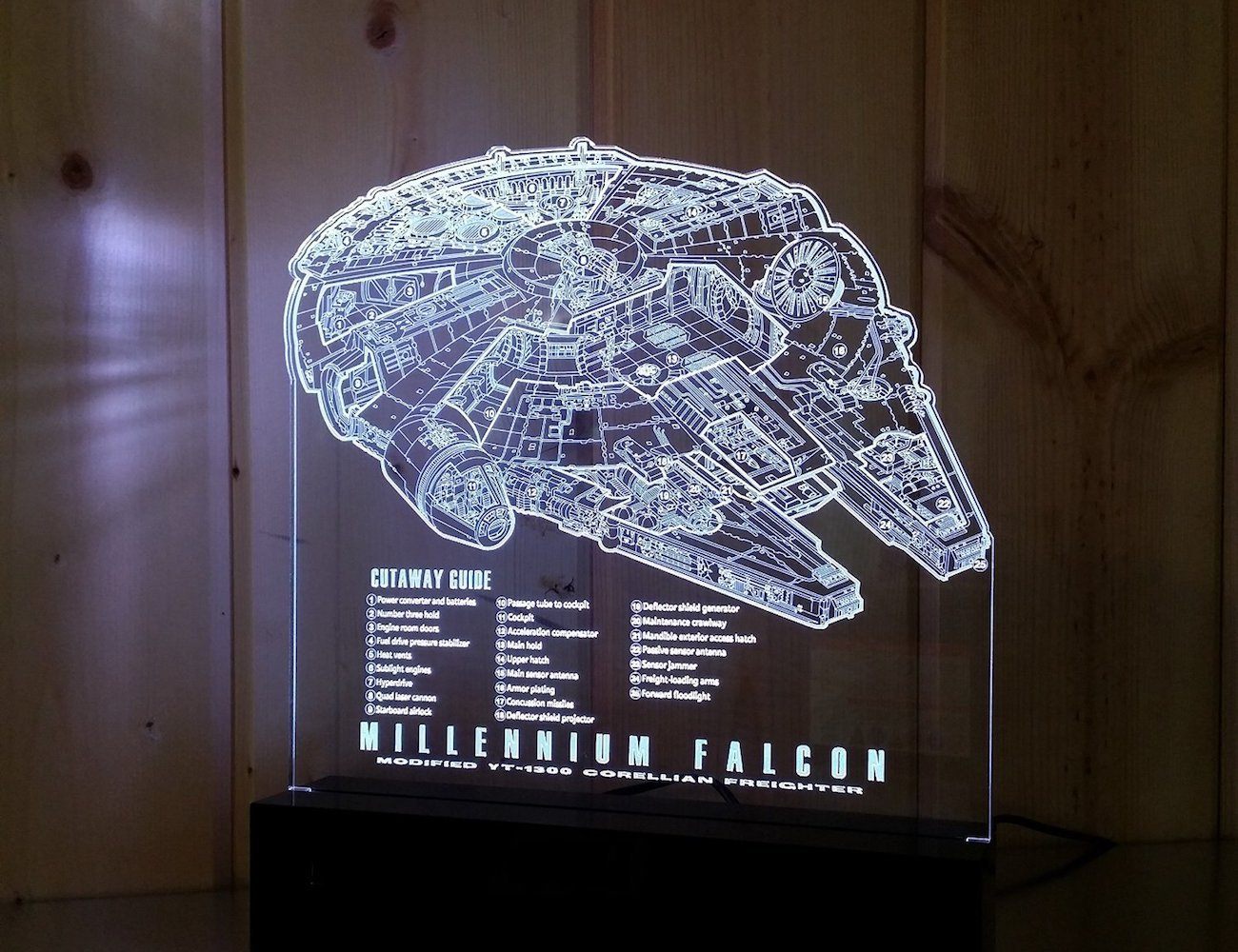 Your light-up guide to the Millenium Falcon 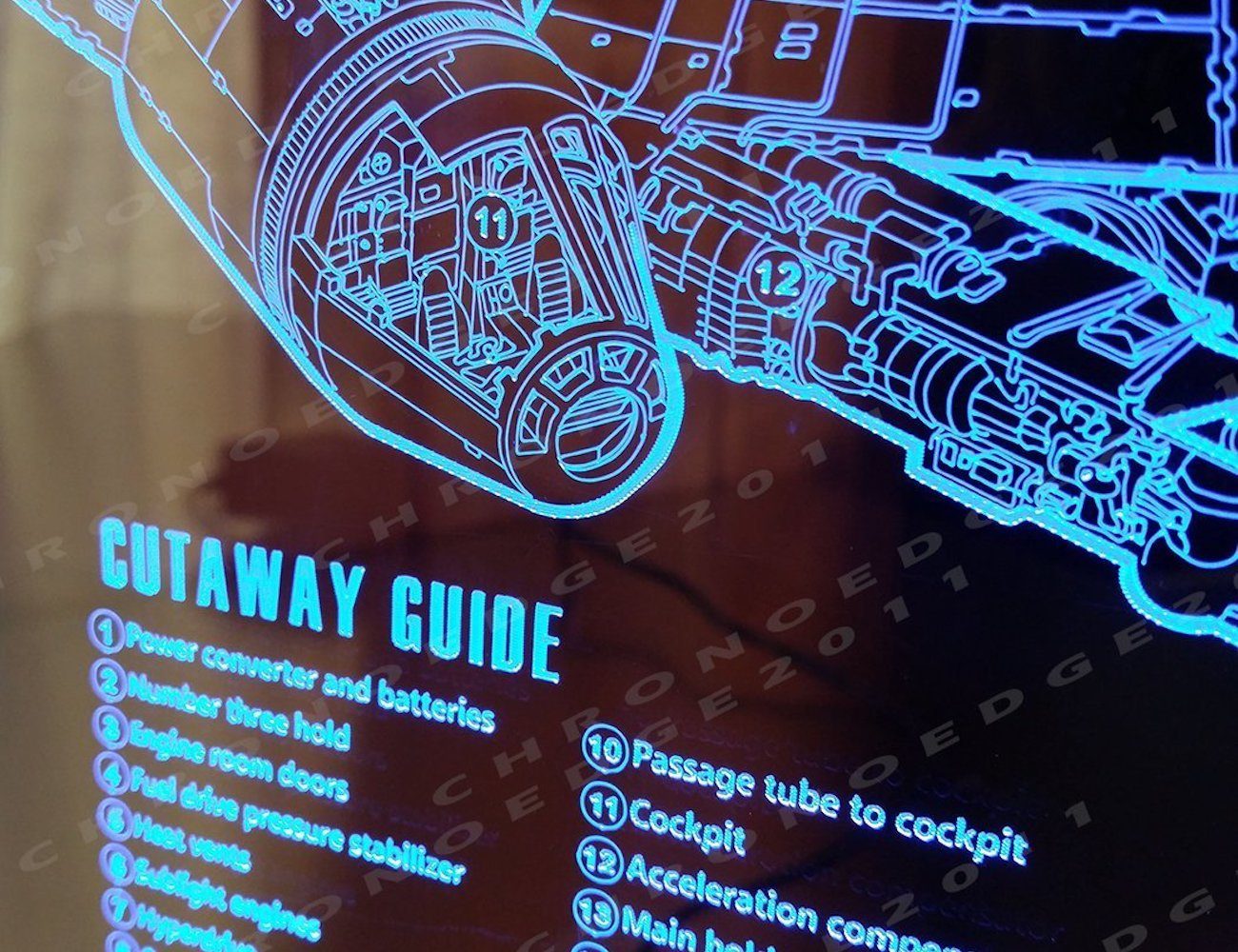 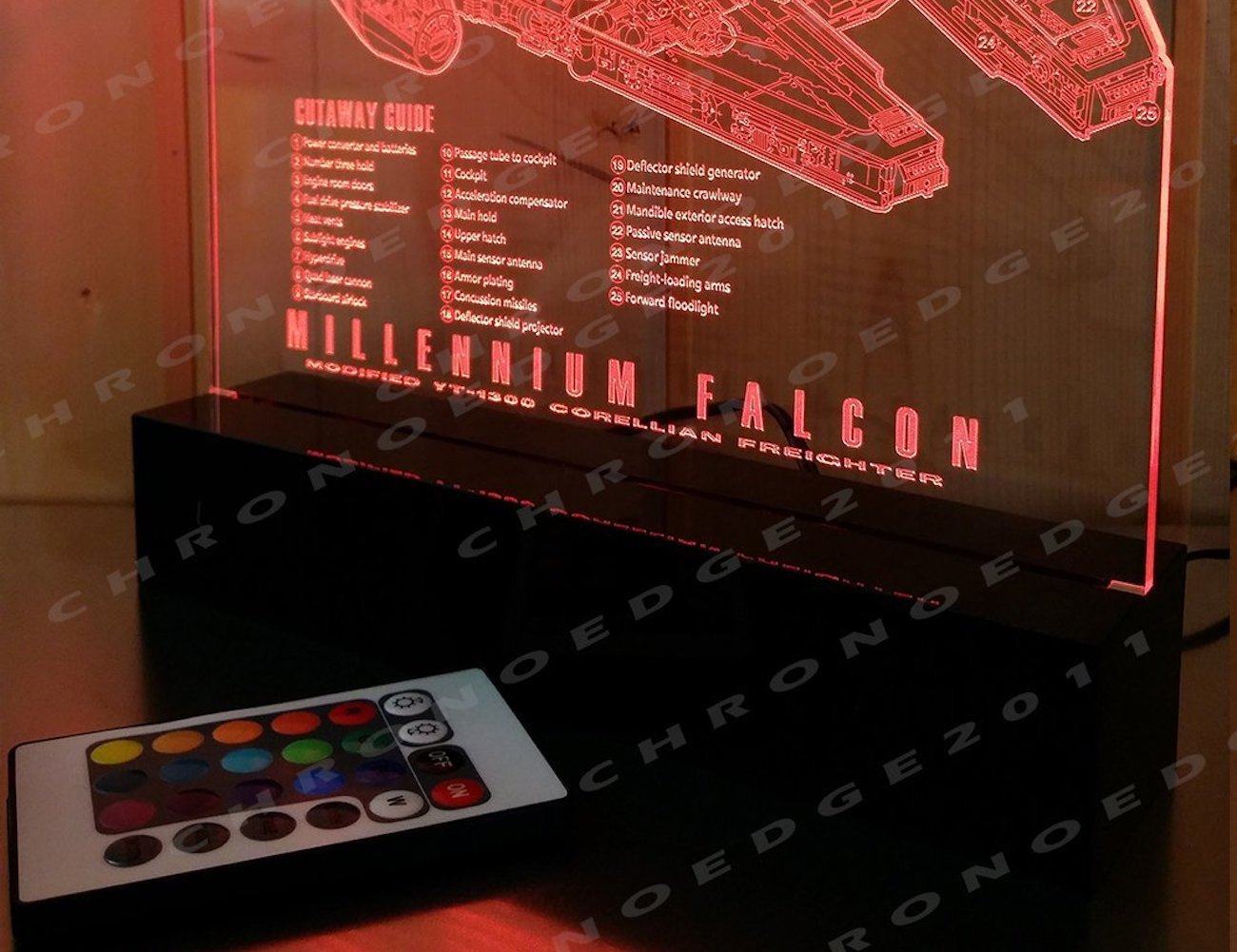 Toss your old salt and pepper shakers in the trash. Because now, you can have Lightsaber salt and pepper shakers. This is the perfect Star Wars gadgets for the Rebel in your life. Not only do these shakers look awesome, they work with just the touch of a button to dispense just the right amount of salt or pepper. You won’t even have to do the work of grinding your salt or pepper anymore when these Lightsabers can do it for you. 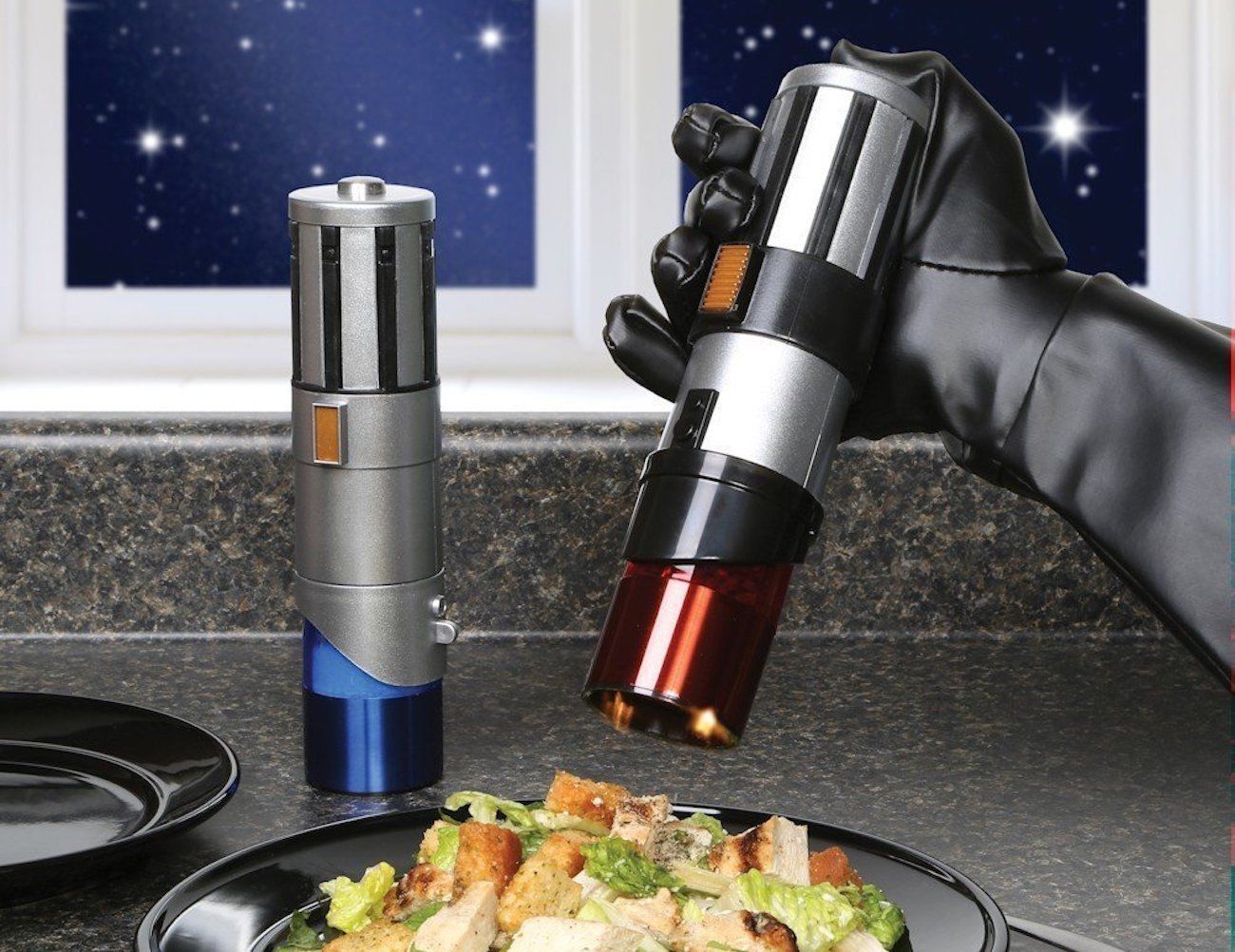 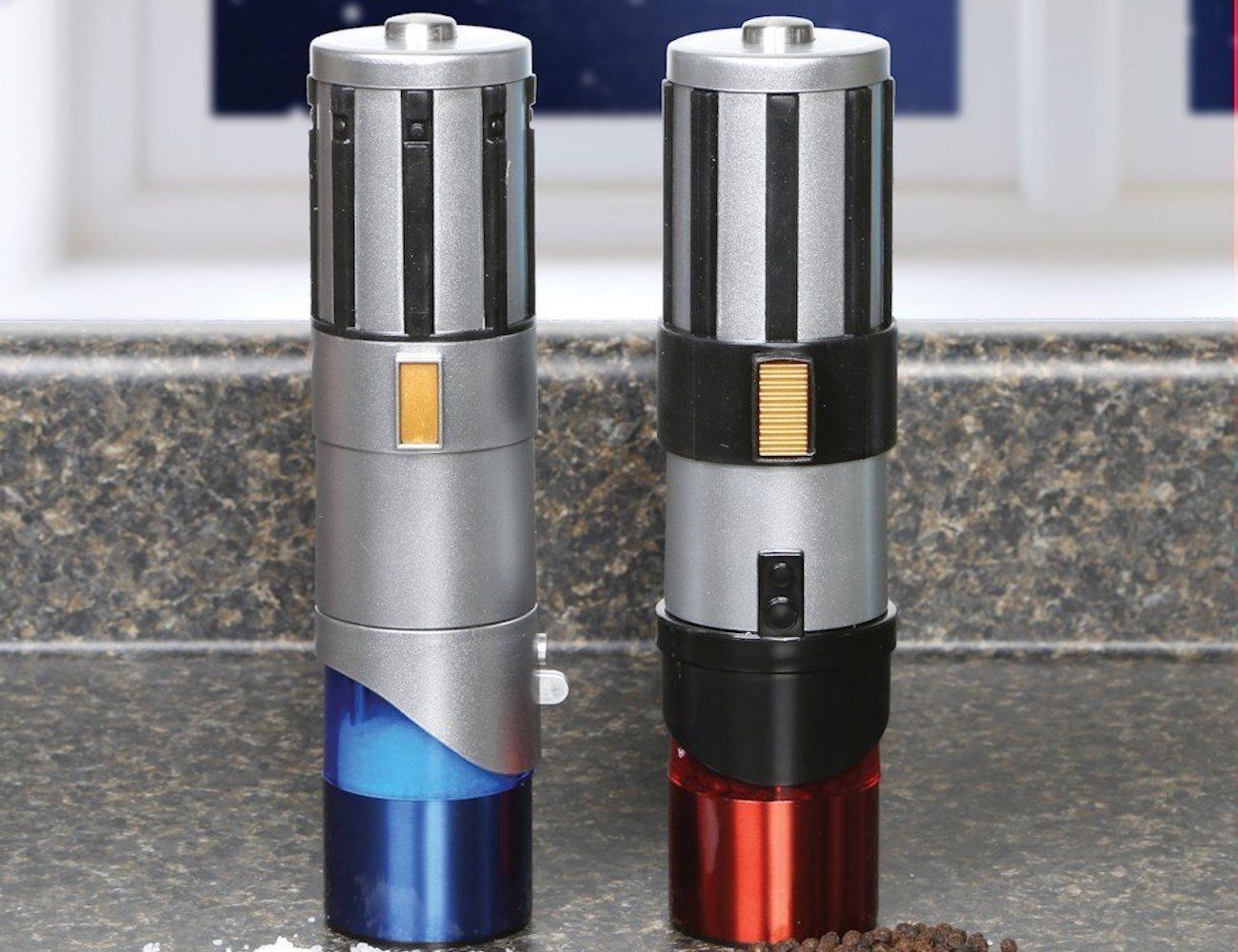 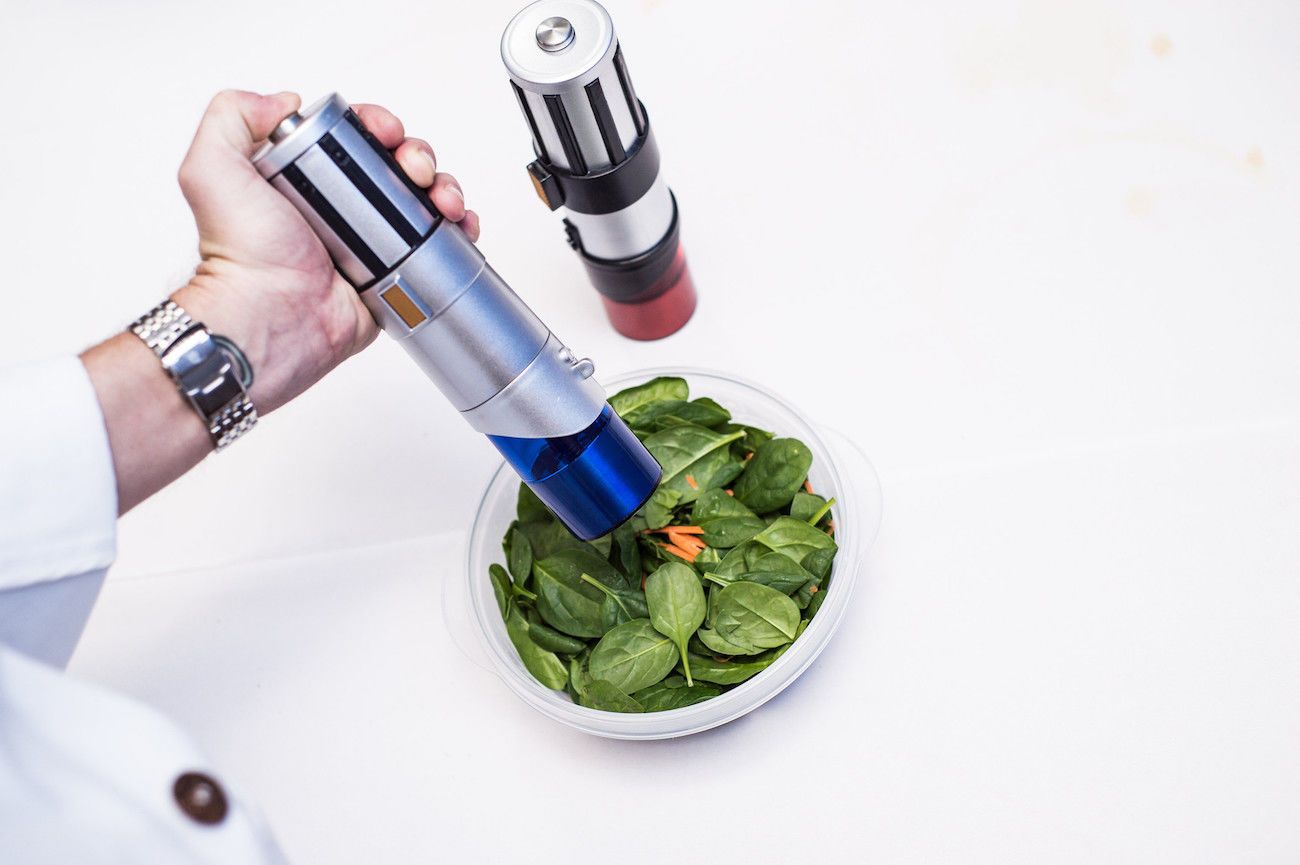 Having trouble finding the motivation to workout? Now, the Force will be moving you right along with the Onnit Star Wars Functional Fitness Equipment. You’ll be able to choose from a Darth Vader, a Stormtrooper, or Boba Fett for your kettleball. (And for the last time, Boba Fett isn’t a Mandalorian.) Or, you can get one of each, since the kettleballs come in 50, 60, or 70 pounds. Or get your yoga routine done on Han Solo frozen in Carbonite. There’s even a Death Star slam ball for your workout (Or your aggressions. Take your pick.) Whatever your fancy, there’s a piece of equipment for you. 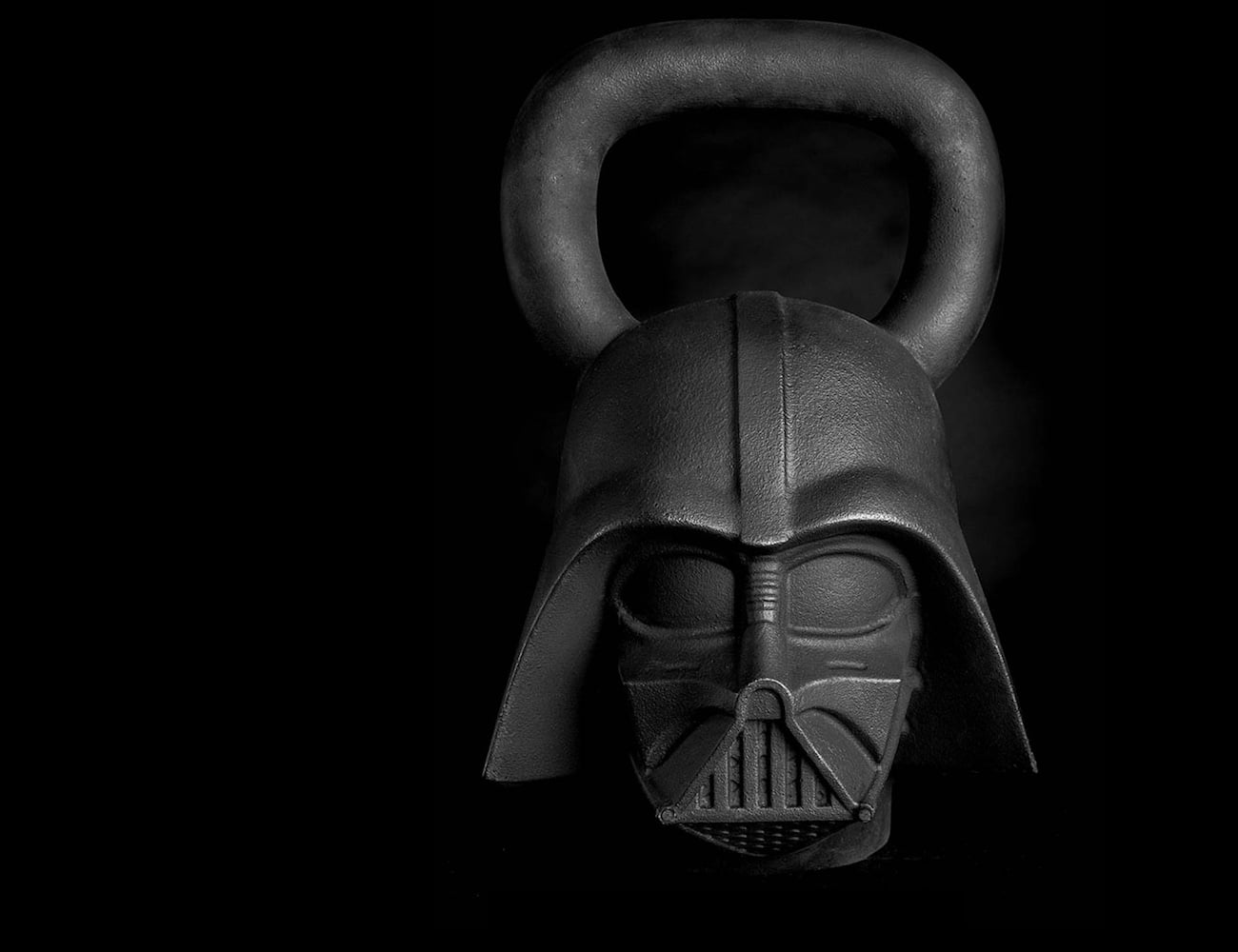 Get Jedi fit with Onnit 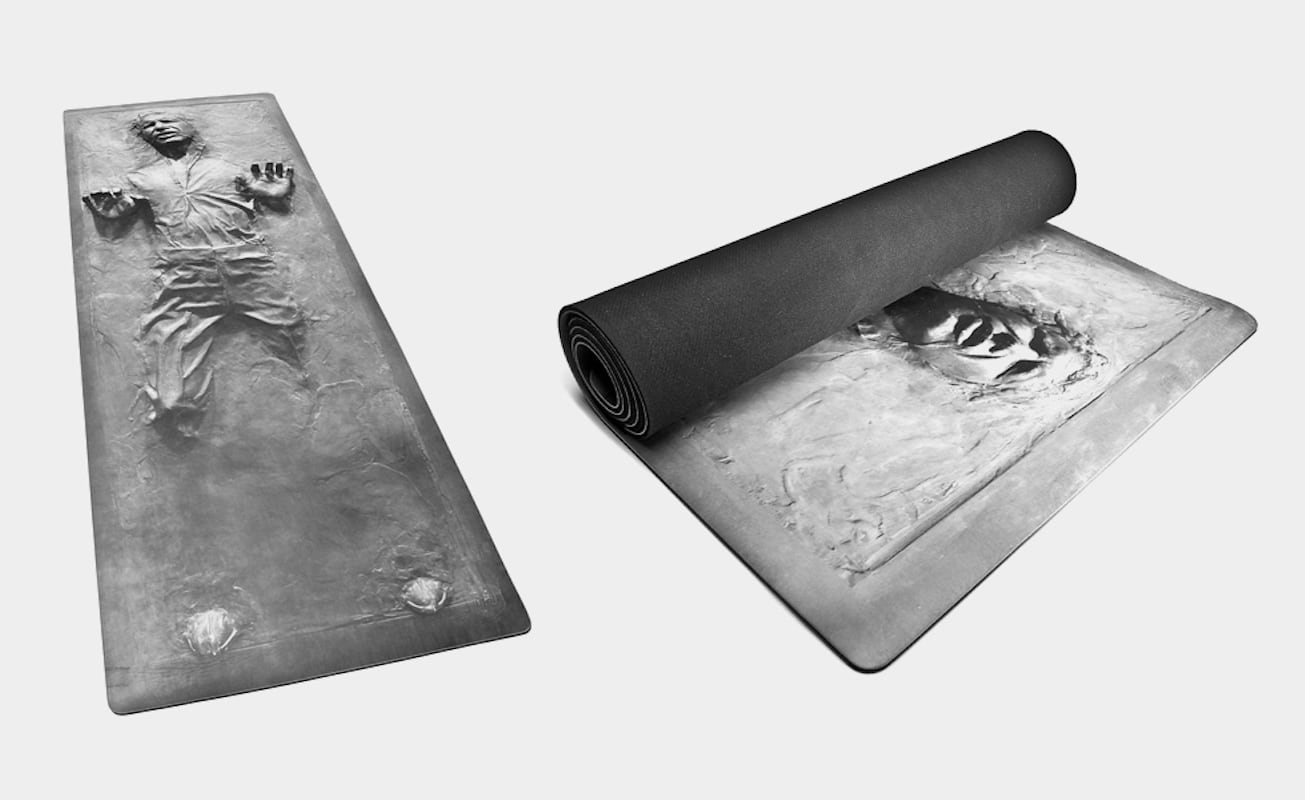 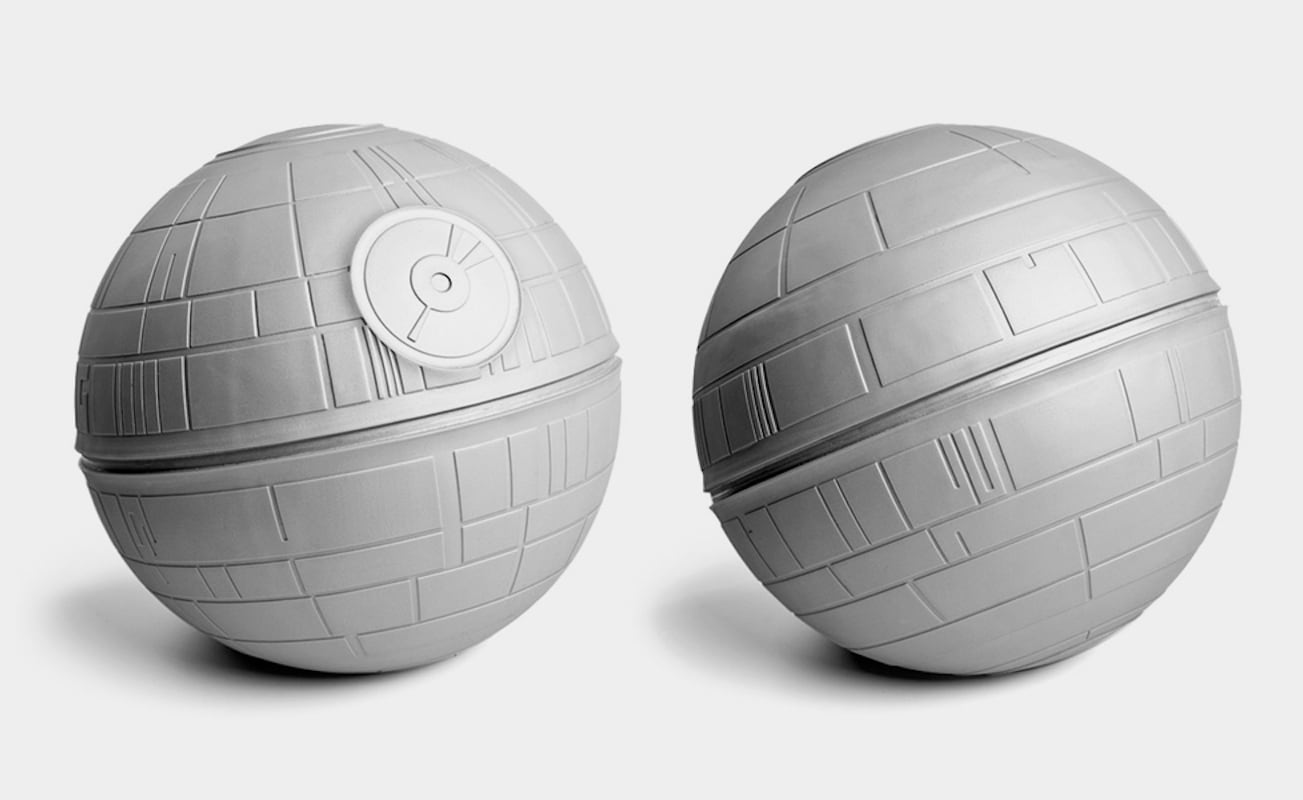 Ah, the Death Star. A universal symbol of imminent destruction. Now, let your own Death Star Kitchen Timer warn you of impending disaster in your kitchen. Because we all know what a disaster it is when you bake something for too long. Especially those cookies your mouth has been watering for. This cool Star Wars gift will flash a green laser and emit realistic sound effects when the countdown hits zero. 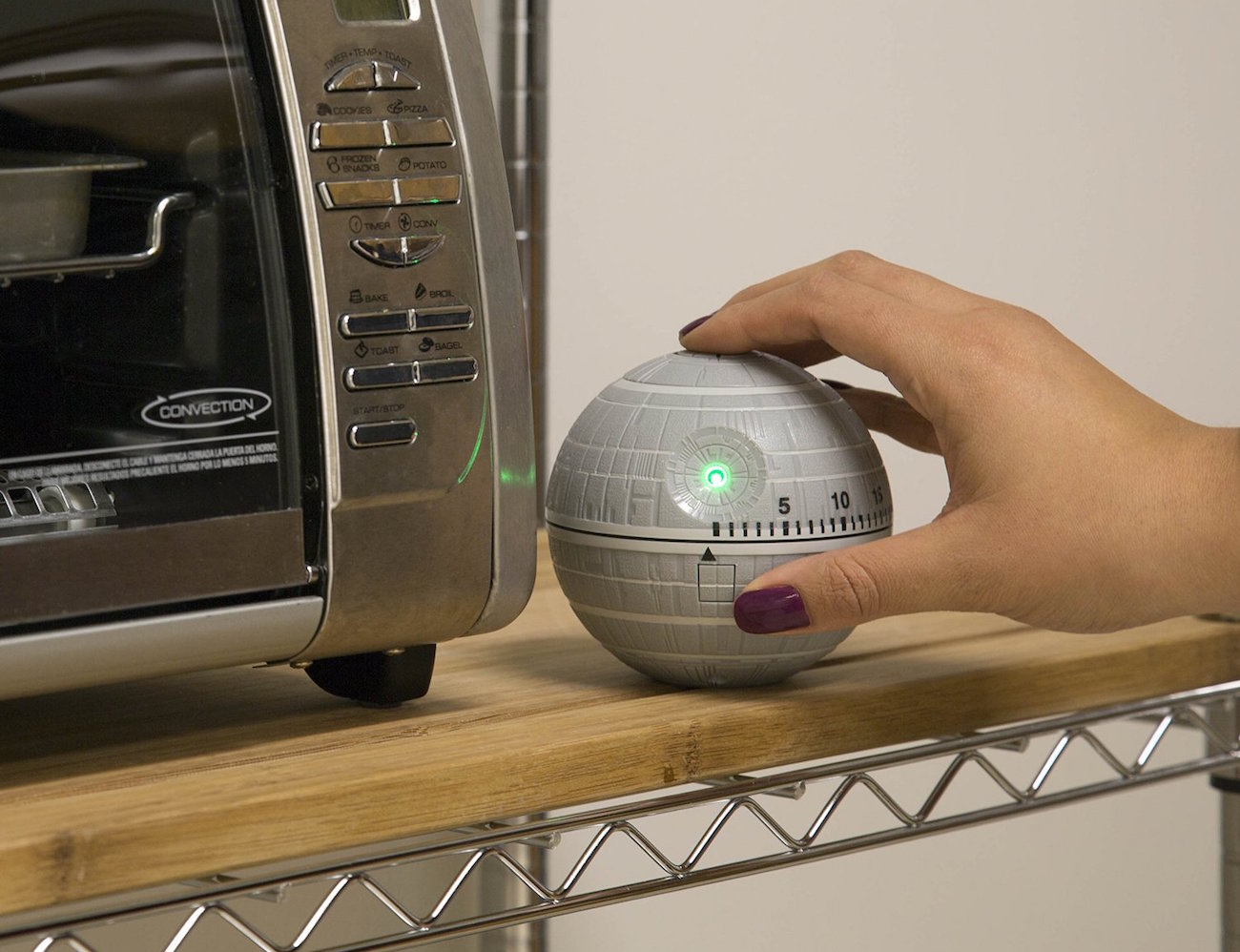 Bake to perfection with the Death Star timer 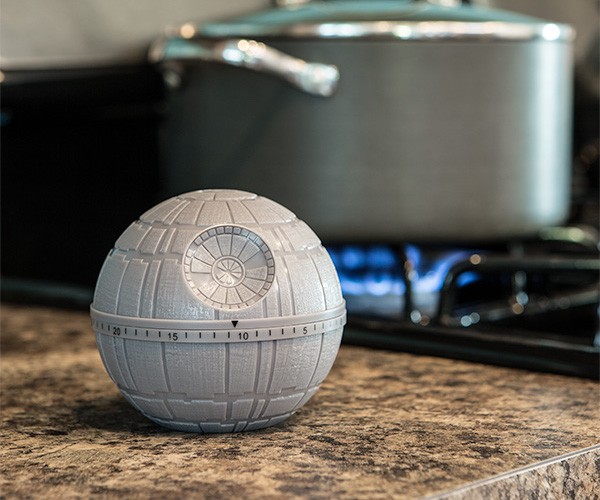 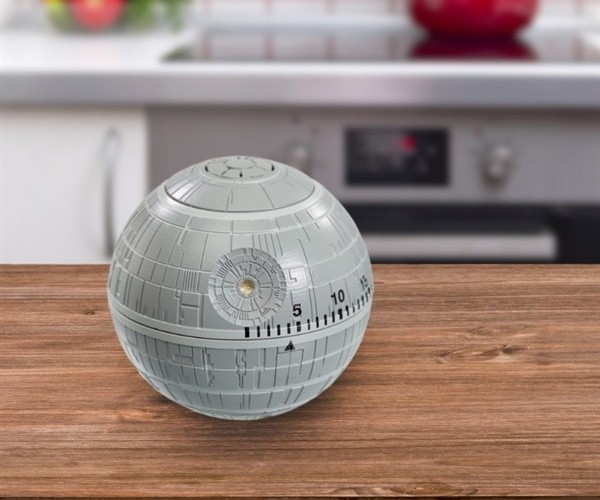 If you’re looking to upgrade your home office with some official Star Wars gadgets, look no further than this TIE Fighter desk lamp. This stunning lamp can reach up to 60 centimeters tall, and it will stand on any surface. And with its flexible arms, you’ll be able to position this lamp to bring a bit of the light side wherever you need it. And thanks to a three-meter-long cord, you won’t have to struggle to find an outlet it will reach. 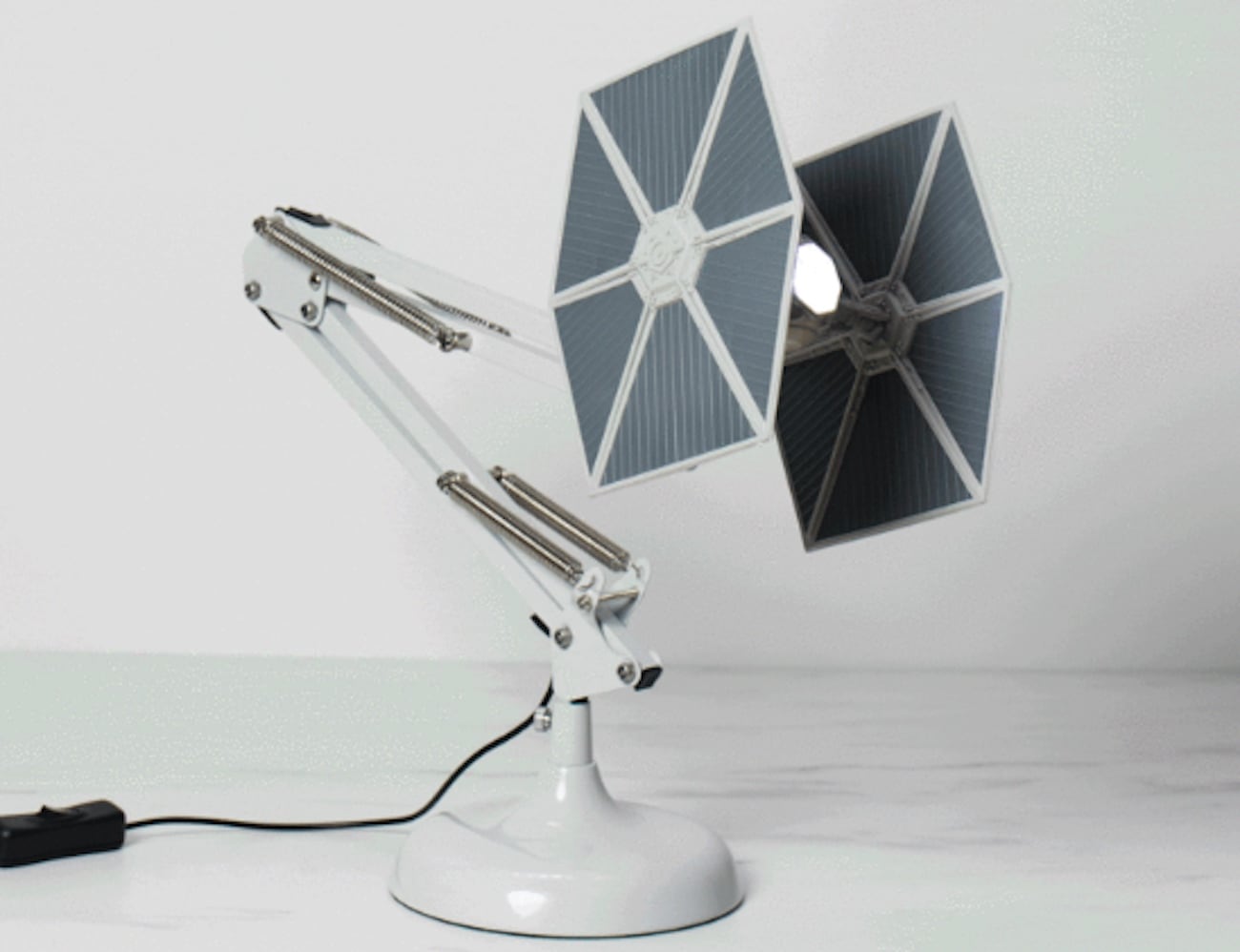 Work with the TIE Fighter lamp 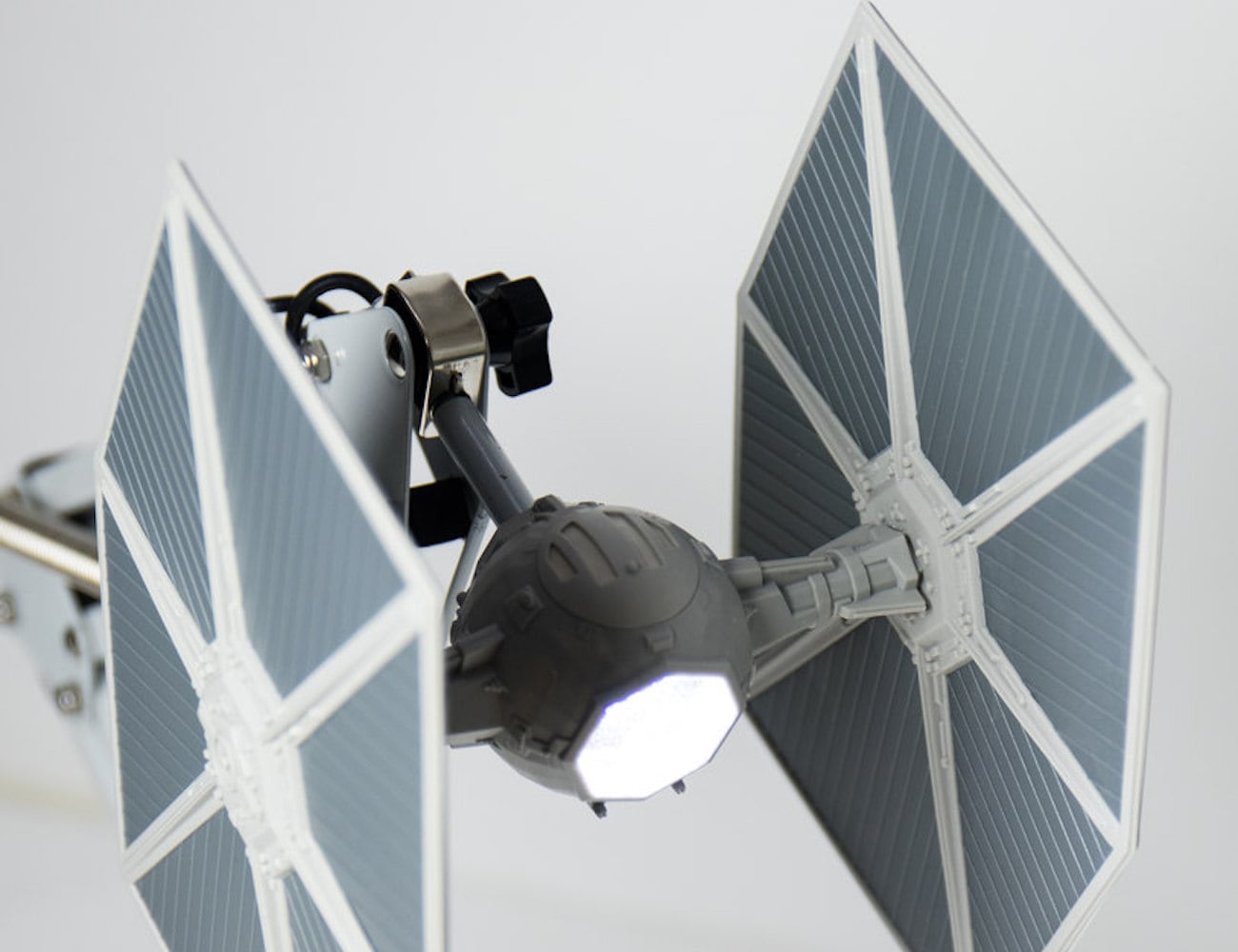 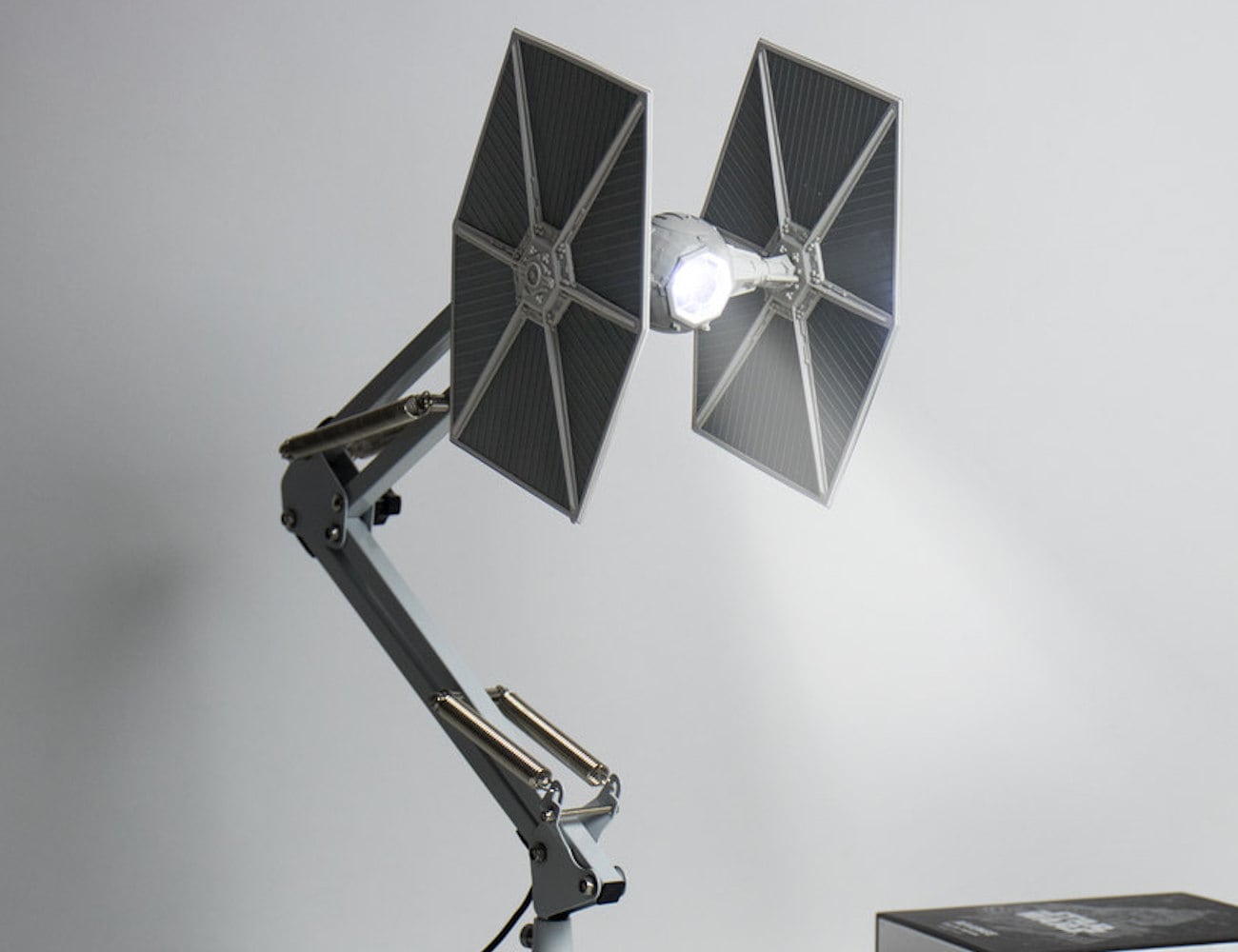 Next time you settle in to binge-watch The Clone Wars, be sure you’ve surrounded yourself with all the Star Wars gadgets you could ever want. Because we all know no Star Wars fan’s home is complete without a little bit of branding. What Star Wars merch do you have around your house?

Mark is best known for writing about apps, but he also loves the tactile, hardware side of technology. Being a professional photographer, he's pretty handy with a camera, and he's a self-confessed tweetaholic.
Write your comment..
Popular Blog Posts
LG vs. Samsung 2020: Who’s winning the smart TV war? Best living room gadgets and accessories 10 workspace gadgets for a futuristic home office Must-have smart home cleaning gadgets Ultimate eCommerce checklist to boost your online sales 9 Smart home office gadgets to boost your productivity Best 5G phones to buy in 2020 24 Cool tech gadgets that prove we’re living in the future Must-use Kickstarter marketing tips and the best strategies to get funded 8 VR cameras to perfectly capture the world around you