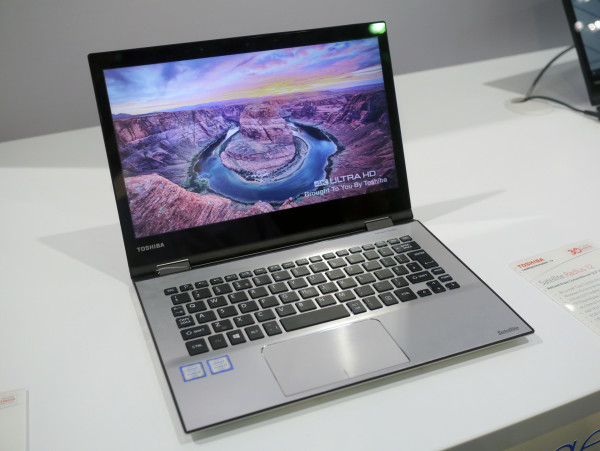 Toshiba, man, Toshiba. The king of flying under the radar. Everybody knows their name but most people won’t consider them an industry leader when compared to the big guns. They’ve been solid, decent products for years, especially when it comes to laptops but they aren’t flashy or big headlines. Consistency is rarely recognized and it’s a shame considering how much Toshiba has improved. This year, however, they seem to be stepping up their game with the brand new Radius 12. This isn’t your grandpa’s old Toshiba, this is a proper competitor to the fancy Apples and Samsungs of the world. Not a sentence I ever thought I’d write but let’s get into it. 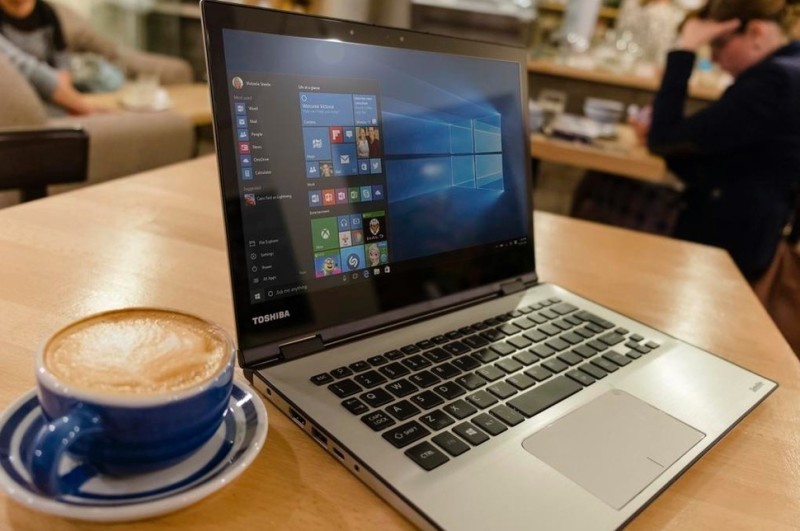 The Radius 12 is Toshiba’s flagship laptop but the styling is rather unassuming. Oddly fitting for Toshiba, I can’t imagine it was an accident. Either way, it’s a visually boring laptop but let’s be honest, if you’re only interested in looks, you already have a MacBook. It is really well made though, there’s no flexing or wobbling in any of the hinges and the palm rest is solid as well. So even though it is made out a plastic, it feels good.

The plastic adds a nice benefit of being supremely light, almost as light as the fancy 12 inch MacBook, with sacrificing functionality. The Radius 12 has a full HDMI port, 2 USB 3.0 connections, a USB Type-C, a full sized SD card and a headphone jack. Oh, and since the Radius 12 is a convertible, it even includes a volume rocker for when the tablet mode is engaged. 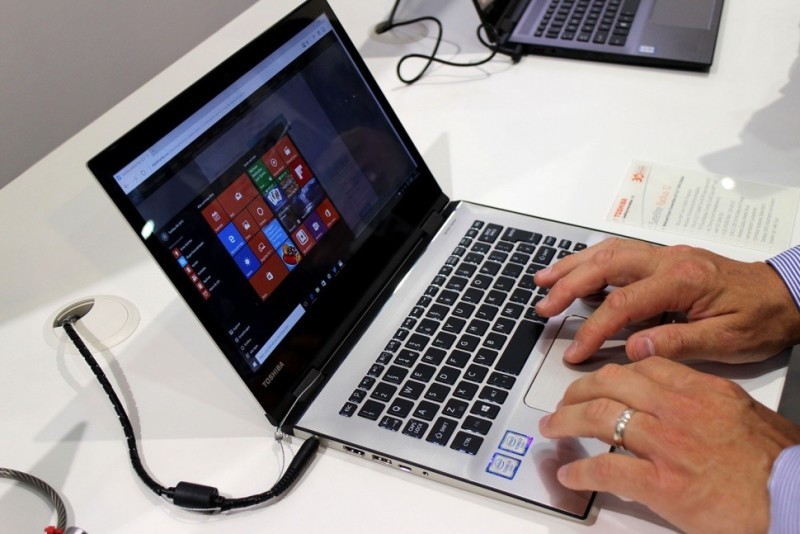 The Radius 12 really shines when it turns on. Being a convertible ultrabook, you get extreme usability with awesome performance but the real star here is the display. It’s a 4K screen which means the pixel density is insane for a laptop. Granted, 4K content isn’t ubiquitous yet so you have an awesome display but not a whole lot of stuff to watch yet. Don’t worry, it’s on the way. The 4K display is also Technicolor certified which means you’ll get vibrant, saturated color.

Audio is crisp as well, the Radius 12 packs some Harman Kardon speakers which make for excellent quality and Toshiba made an intelligent decision on the speaker placement by putting them on the backside of the hinge which means you’ll get unmuffled sound no matter which mode you have it in. All in all, the Radius 12 looks like it’ll be an excellent media consumption device especially with the high end processor. If you’re in the market for a convertible ultrabook, the Radius 12 might just be for you!