The Urban Glider is the Ultimate Commuting Machine 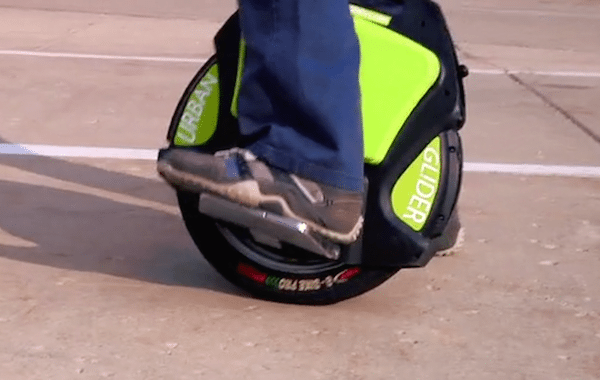 Usually speaking, compact personal transport comes with a dilemma. Going with something small, like a micro-scooter, means you can carry it with ease, but the journey will be deeply uncomfortable. Go with a bike, and you’ll have a smoother ride, but you’ll be in need of some secure parking. However, a new one-wheeled vehicle, the Urban Glider, bridges the gap between these two extremes, apparently without compromise.

Currently midway through Kickstarter funding*, the Urban Glider is a gyroscopically stabilized electric monowheel, which basically means that it has one wheel, and it automatically keeps you upright. To ride on it, you simply stand on the fold-out footplates on either side of the wheel, and the Glider responds to your movements. Leaning forward speeds you up, leaning back slows you down, and steering is entirely a matter of leaning and twisting your body.

*At the time of writing, Kickstarter had suspended the project, but funding “may be resumed”. 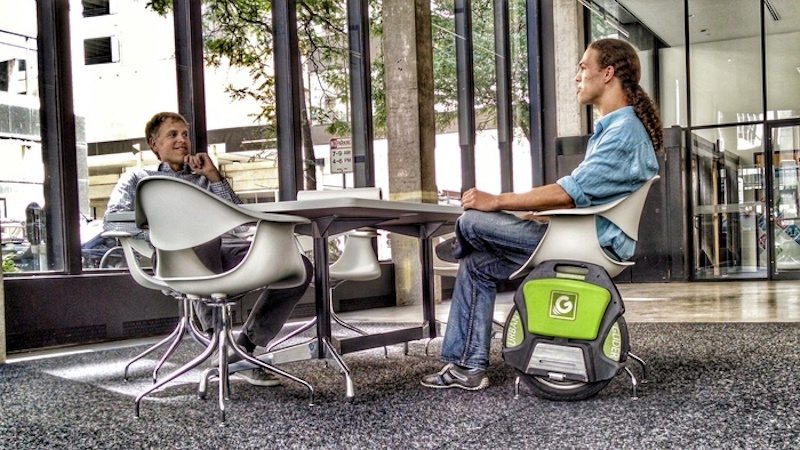 Such technology is fun and highly usable, but it is the Glider’s specifications that make it a truly impressive form of transport. Inside is a 1500 watt motor which is capable of propelling the wheel to a top speed of 13mph, and a battery which can hold 20 miles worth of charge, and will charge to 80% capacity in half an hour. The whole unit weighs 24 pounds, and has an integrated carrying handle. In addition, there’s a smartphone app in the works, which will provide live data from the monowheel beneath your feet. The multi-coloured LEDs on the back of the Glider can be controlled from the app, too. 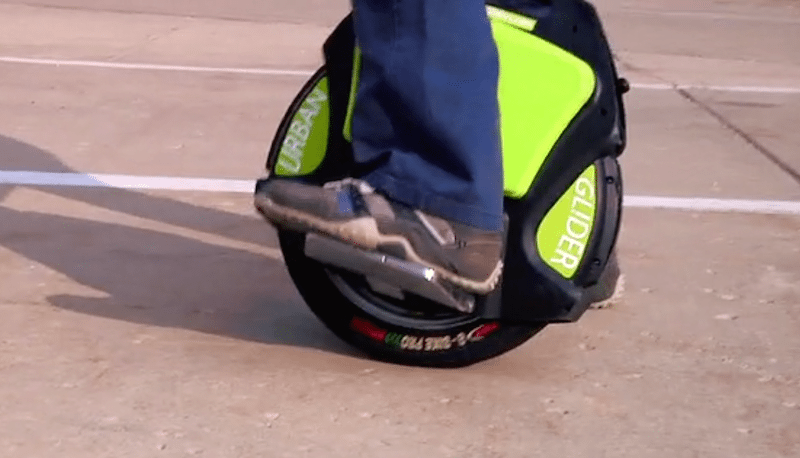 As things stood, the first 100 Kickstarter backers to pledge $999 were each to receive one of the first batch of Gliders. Kickstarter’s intervention has since made the likely arrival date for the first units uncertain, but given that funding was on course to exceed the target amount, it seems likely that funding for production of the Gliders will be found in one way or another in the near future.

In the meantime, check out the video for a closer look…