Although virtual reality technology is still in its infancy, it is already clear that the future of entertainment is rooted in immersive content. From the filmmaker’s perspective, however, virtual reality is a nightmare. Quite apart from the file size and physical bulk, the 360-degree video rigs currently on sale are monstrously expensive.

There are cheaper alternatives, of course, but many amateurs and budget-conscious professionals may look towards Vuze VR when it arrives this October. Aimed squarely at the prosumer market, this compact camcorder is designed to make high-quality footage accessible.

The brightly colored Vuze has something of the WALL-E cuteness about it, particularly when mounted on the supplied mini tripod. There are two cameras on each of its four sides, with each covering 120 degrees horizontally and 180 degrees vertically. Put together, they produce 360-degree footage at 4K resolution. The video is also stereoscopic for realistic 3D viewing, and filmed at a smooth 30 frames per second. 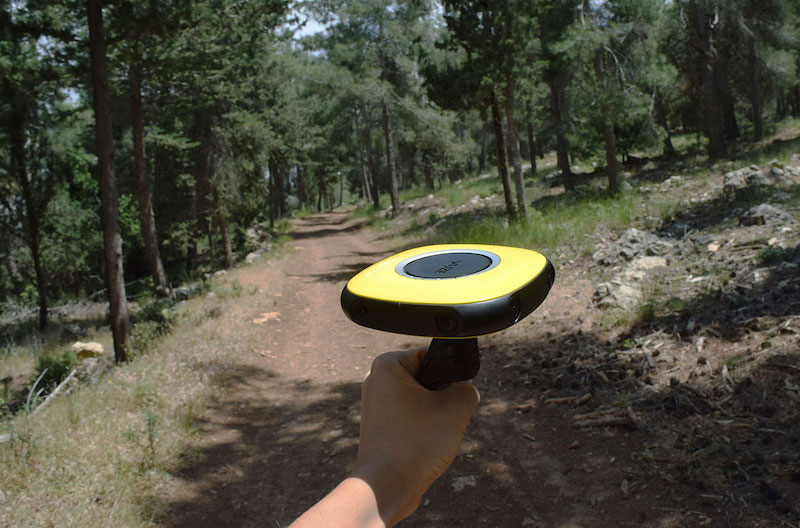 Perhaps the most impressive thing about Vuze is the way users can take and process footage. The camera is controlled via the companion app for Android and iOS, which offers simple settings and a live preview.

Once the video is uploaded to your desktop, the Vuze Studio application automatically handles stitching. Remarkably, it can process stereoscopic 360-degree 4K footage at the speed it was taken — that is, one minute of processing for each minute of video.

HumanEyes, maker of Vuze, is now taking pre-orders for the device at $799. The price includes a Homido headset for viewing your footage, which seems a nice touch. The main challenge for this new entrant will be proving its worth in comparison to cheaper cameras such as Samsung’s Gear 360 and Ricoh’s Theta S, neither of which offers 3D viewing. 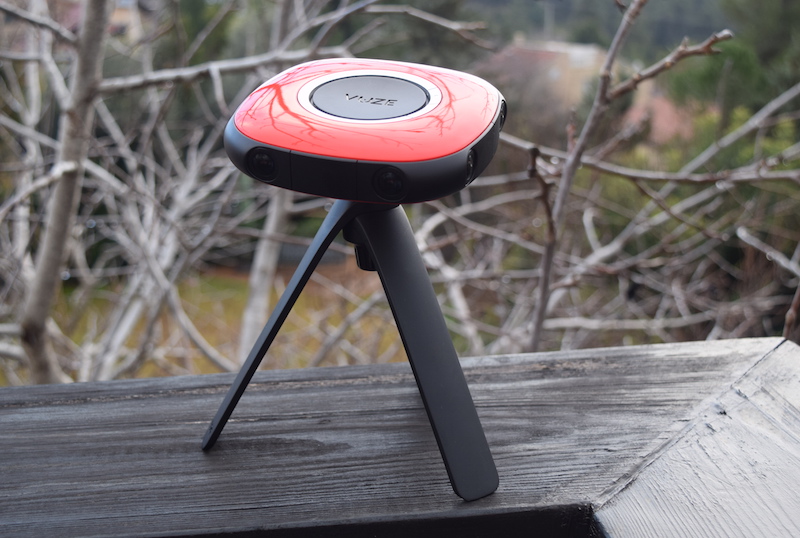 Would you splash out on the Vuze? Tell us in the comments!