WebEye VR is a Webcam That Streams Immersive Video

There are few certainties in the world of technology, but virtual reality seems destined to reshape visual entertainment. While Oculus Rift and Samsung Gear have only found favor among early adopters, cheaper headsets are rapidly gaining popularity. If this trend continues, it can only be a matter of time before we are all watching movies and playing games in our own little worlds. WebEye VR, the world’s first virtual reality webcam, wants to bring the same experience to livestreaming.

This Wall-E lookalike is actually designed to replicate human vision. It has two lenses that are set at roughly the same distance apart as your eyes. This stereoscopic vision provides a true 3D perspective. Each camera records at a resolution of 1080p, so the viewer sees full HD with each eye. They can also look around, thanks to ultra-wide lenses that provide a 160-degree field of view. A frame rate of 30 fps keeps the action looking smooth and natural. The end result is a livestream that makes you feel like you are in the same room as the broadcaster.

As WebEye VR is the first of its kind, the five-man team behind the webcam have created a dedicated streaming platform. In time, this will allow users to view streams through an Oculus, Google Cardboard, Samsung GearVR, or HTV Vive headset, on a 4Mbit/sec internet connection. It could revolutionize livecasting.

The only disappointment is that two-way video calling is not really possible if both parties have to wear a headset. That said, WebEye VR can operate as a standard 2D webcam when required. 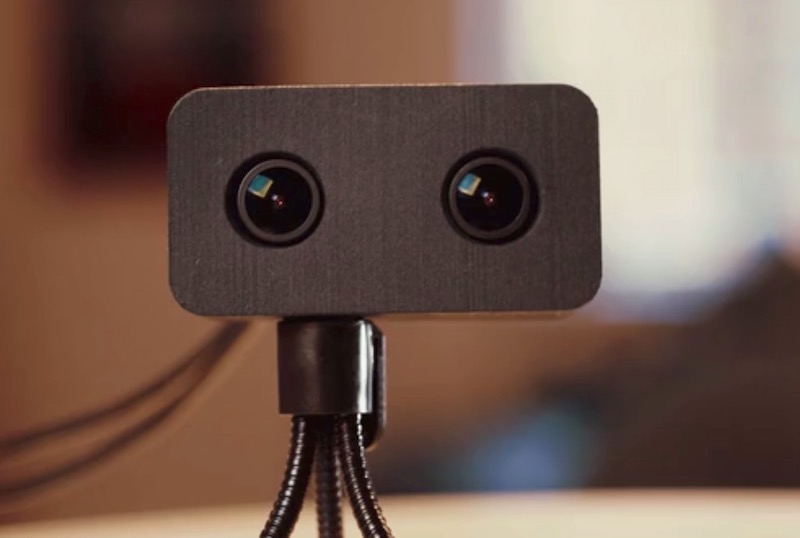 In some respects, WebEye feels slightly ahead of the curve at present — but by the time it is released at the end of 2016, it could be right on queue for the next wave of VR fever. In the meantime, production funds are being sought through a Kickstarter campaign, with backers able to pre-order the full consumer version of WebEye VR for $320.

Can you see the WebEye catching on? Tell us in the comments!