Wrist-controlled augmented reality from Facebook—are you ready for it?

With the development of wearable devices and enhancements of augmented reality, it's no surprise that Facebook has extended its range (from Project Aria) with a new smart band that could become the next generation of wearables. Read today's blog to explore its highlights. 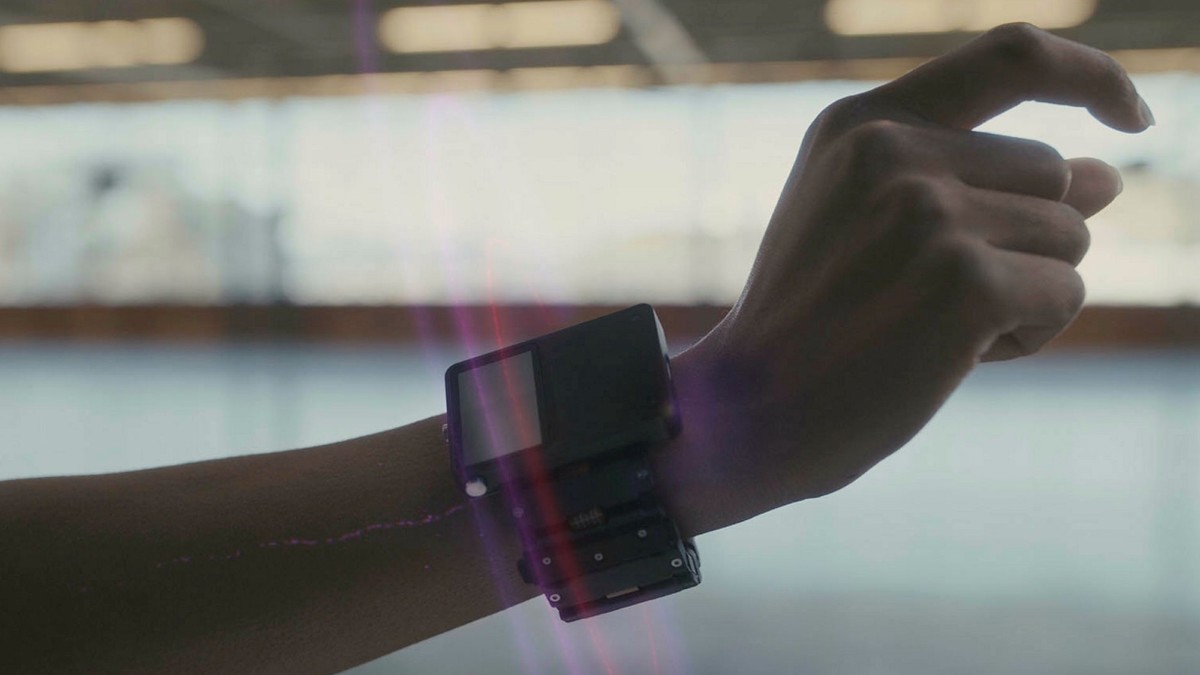 Facebook is offering a sneak peak into providing you with augmented reality (AR) control via your wrist. The tech giant’s new smart band relies on sensors to receive electric nerve signals on your wrist to interpret hand movements (a process known as electromyography or EMG) and create these thoughts into actions. This results in you being able to interact with the virtual world with subtle finger movements.

Don’t worry, it won’t read all of your thoughts

Perhaps you’re not quite ready for the world to read your mind, and that’s okay. Facebook claims that this new smart band isn’t akin to mind reading. Instead, they invite you to think of the concept of this band as the same way you take photos and choose to share only a few of them. In this sense, you might have hundreds of thoughts but only choose to act on only a few. When this happens, your brain sends a signal to your body, telling your hands and fingers to move in a specific way. So when you want to type or swipe, your hands will perform that action.

This AR smart band will work by decoding those signals and translating them into commands for your device. Therefore, you won’t have to fear that you’ll lose control of your actions and post content that was merely a thought and not an intention.

What is the advantage of this wrist-controlled augmented reality band?

Using EMG that’s so precise it can understand and interpret finger motion can lead to a world of new benefits. One of them is that it might not even be necessary to actually put in the effort to move a finger so long as your brain has the intention of doing it. Sounds lazy but this level of precision could also enhance AR interfaces by providing a faster user experience. For example, think of typing on a virtual keyboard at a much higher speed than using a mechanical one; it’s essentially a productivity tool. Or imagine that you’re going to swipe up and you instantly do it—and with precision— because your brain tells you to.

Currently, Facebook is fine-tuning the basics of using EMG. But one exciting principle is what they call the ‘intelligent click’. This allows you to click on a menu only by moving your fingers—without actually clicking a tangible button. And if you work at a computer every day, you might experience finger or wrist pain, which this wrist-controlled augmented reality band could help to alleviate. Moreover, the interface might adapt to what it knows about you. For example, it may even be able to queue up a song playlist when you’re about to go for a run.

There’s a whole world of possibilities that this smart band could unravel. Are you ready for Facebook’s newest wrist-controlled augmented reality band? Or do you think it’s a step too far? Let us know your thoughts in the comments.