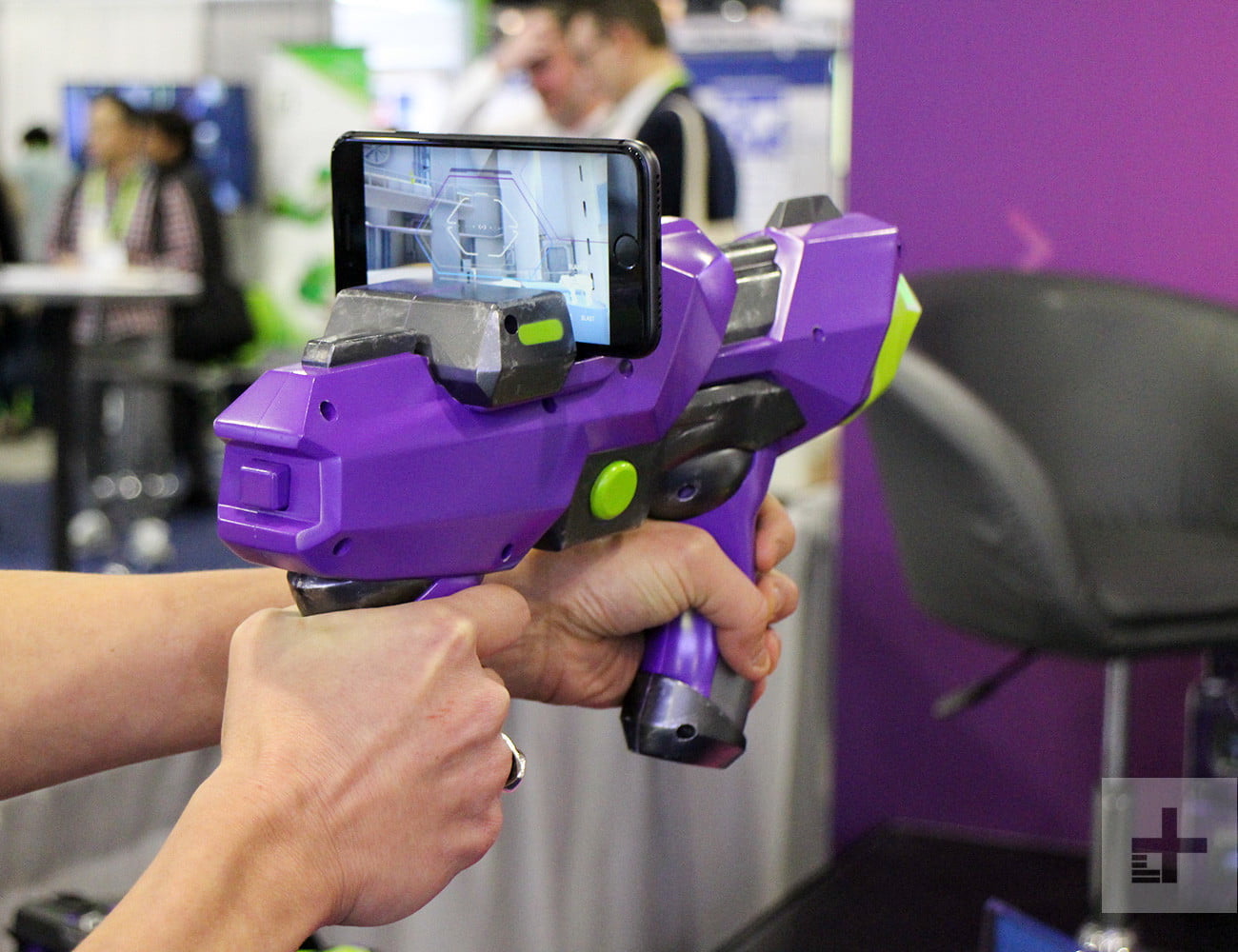 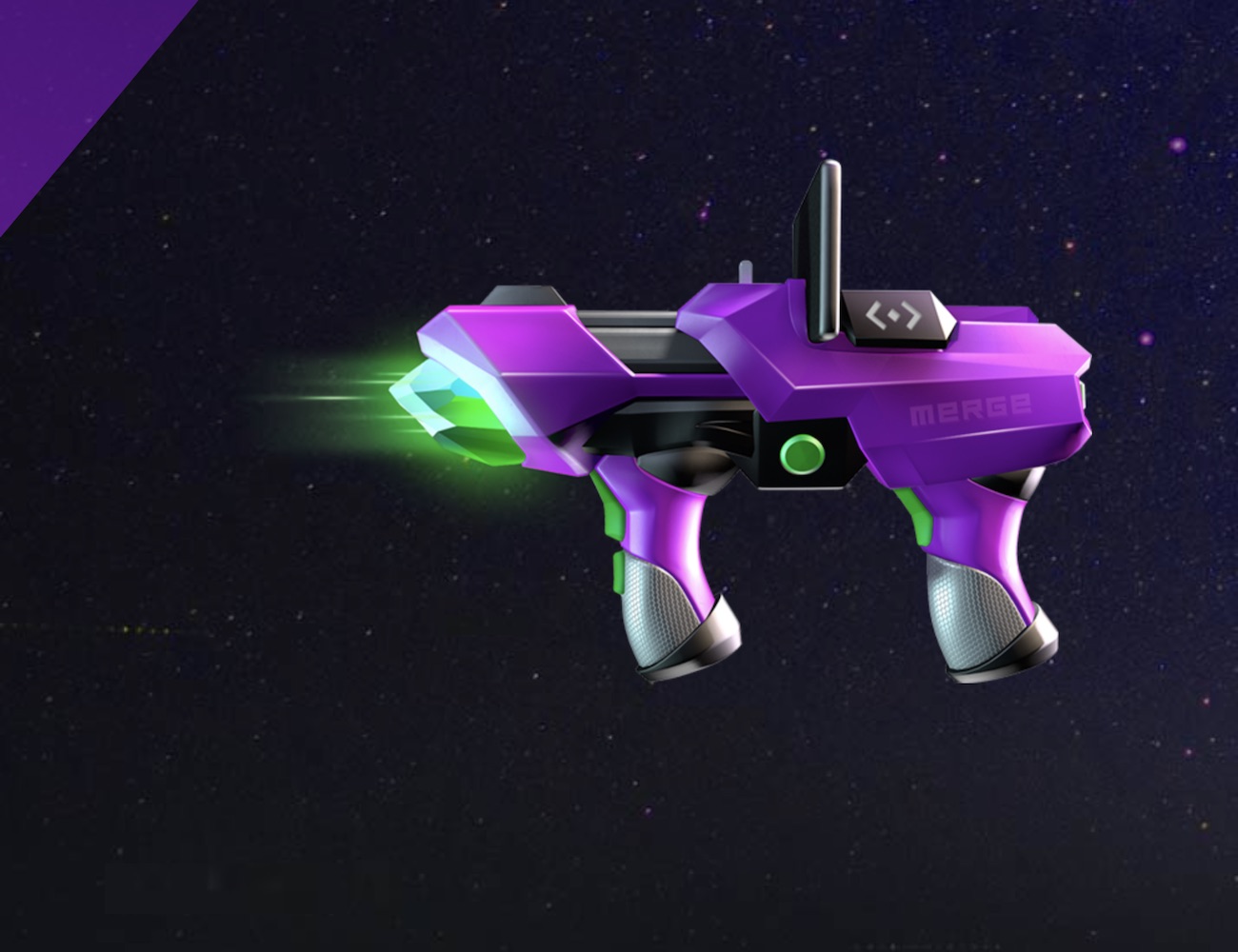 Blast your enemies into oblivion and scratch your itchy trigger finger with the immersive Merge VR 6DoF Blaster Game Controller. This Nerf-style device lets you play mixed reality smartphone games like a real Navy SEAL. You simply clip your phone into the gun, and then watch the screen to spot your foe. You get complete freedom of movement, meaning you can hunt down virtual zombies in your real neighborhood. The current prototype version works with the Apple iPhone X, with a demo first-person shooter running on Apple’s ARKit platform. On the gun itself, you have a trigger, a reload button, and a zoom control. In addition, the 6DoF Blaster has a button that reduces the speed of enemy fire — a fun little extra. We can expect the retail version of this gun to arrive during summer 2018, with the platform open to third-party developers in the meantime.