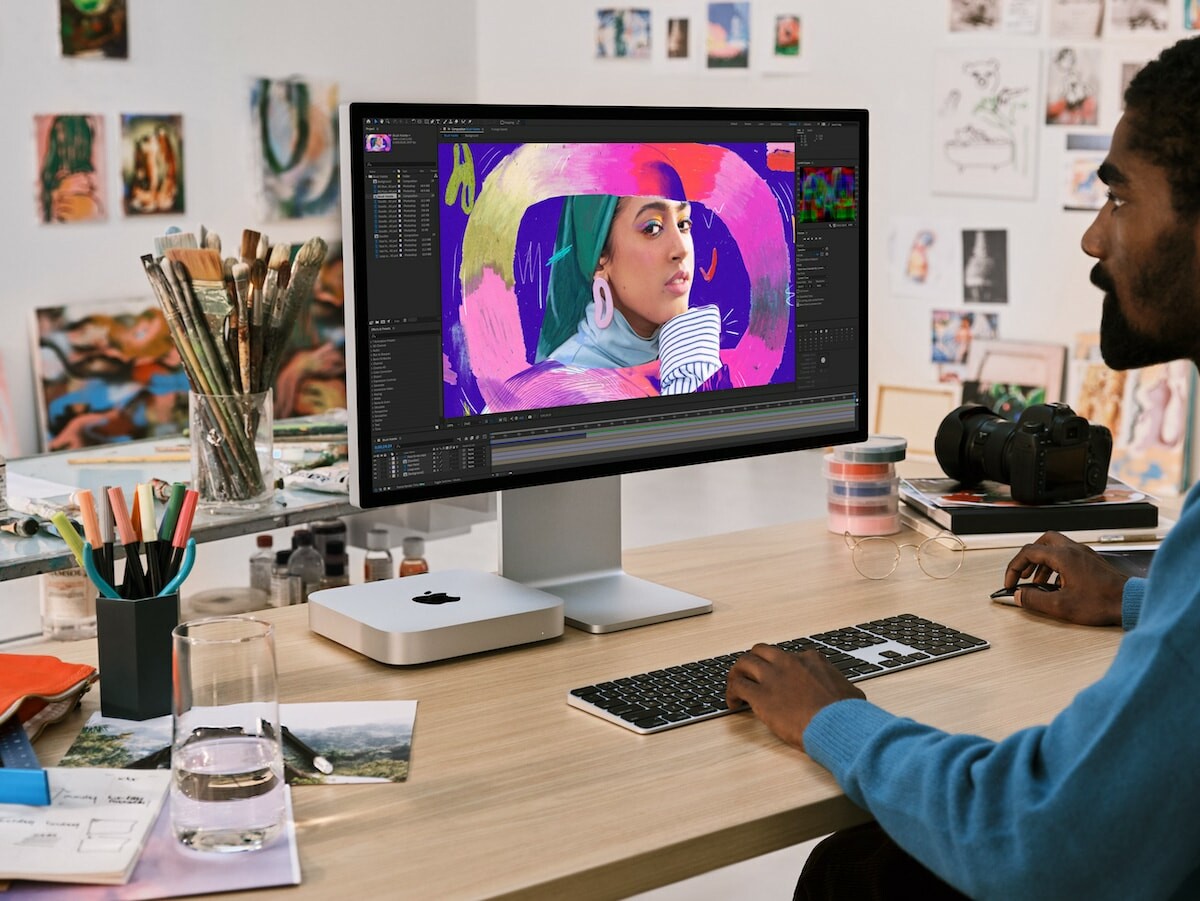 Get the performance you want with the Apple Mac mini with M2 or M2 Pro. This versatile gadget boasts M2 and the all-new M2 Pro. Providing support for 2 displays with M2 and 3 displays with M2 Pro, it also..
Genevieve Healey
Office GadgetsStaff Picks

Get the performance you want with the Apple Mac mini with M2 or M2 Pro. This versatile gadget boasts M2 and the all-new M2 Pro. Providing support for 2 displays with M2 and 3 displays with M2 Pro, it also boasts a next-generation CPU and GPU. Not only that, but it even has a much higher memory bandwidth as well as a more powerful media engine. And you’ll get an advanced thermal system for long-lasting performance. With the M2, you’ll get an 8-core CPU—4 high-performance and 4 high-efficiency cores—and a 10-core GPU. It has up to 24 GB of unified memory and 100 GB/s of bandwidth, and it simultaneously plays 2 streams of 8K ProRes 422 video at 30 fps. Alternatively, the M2 Pro has up to a 12-core CPU with 8 high-performance cores and 4 high-efficiency cores. It even has a 19-core GPU and 200 GB/s of memory bandwidth

Its next-generation Neural Engine is 40% faster than M1!