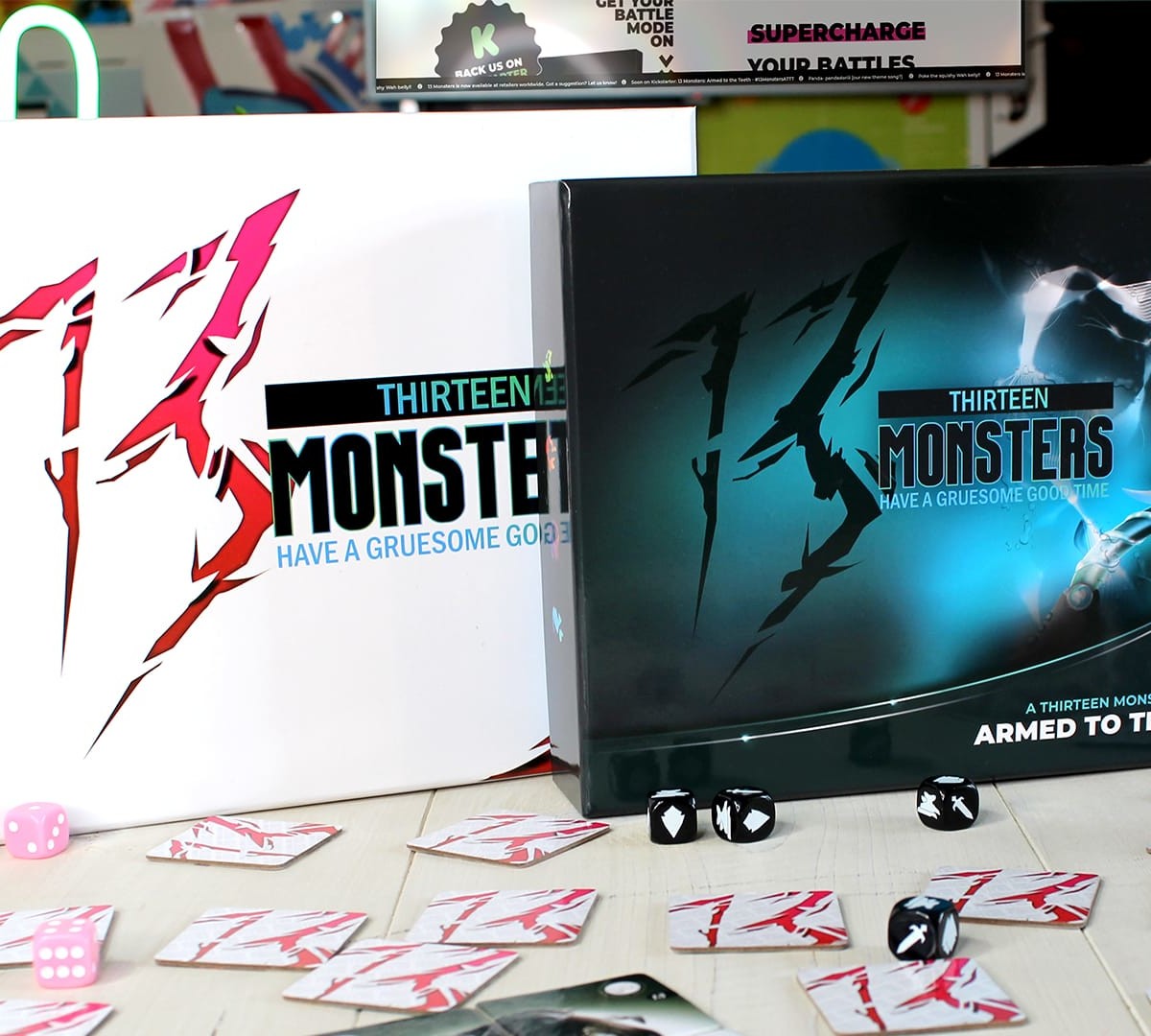 The 13 Monsters battle-memory game engages you by combining exciting different elements. There’s memory mechanics, character building and upgrades, one-on-one battles, and special abilities. It’s up to you how you want to win this tabletop game—tactically attack your foes or..
Genevieve Healey
Board GamesCool Gadgets

The 13 Monsters battle-memory game engages you by combining exciting different elements. There’s memory mechanics, character building and upgrades, one-on-one battles, and special abilities. It’s up to you how you want to win this tabletop game—tactically attack your foes or stay safe and collect as many monsters as you can. You might have the most monsters, but that’s no guarantee. The popular 13 Monsters game now has a great new expansion: Armed to the Teeth. Add weapons and shields to ensure your monster is ready to take down opponent monster armies, and you can even add armor for gladiator-style battles. Armed to the Teeth offers new ways to win battles and power up your gameplay with new special powers. Great for anyone ages eight and up, this is a fun and easy-to-learn game for the entire family. Overall, this battle-memory game is one you’ll never want to stop playing!