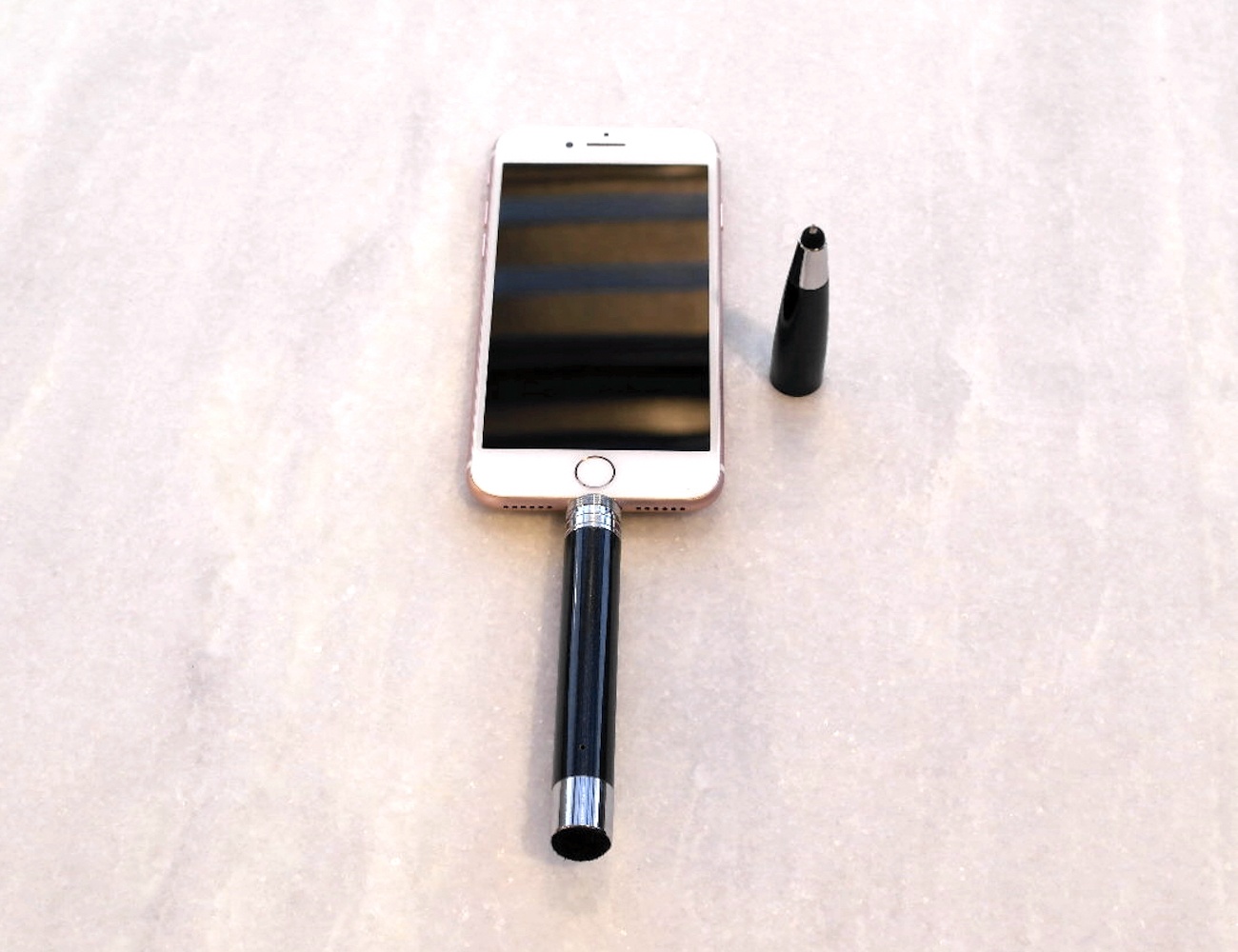 Introducing the ChargeWrite+ Power Bank Pen, the ultimate utensil for your desk, it works for both iPhone and Android devices. In addition to offering a seamless ballpoint pen, it also has modern features for everyday convenience. Inside the ChargeWrite+ is 16GB of flash memory with a USB connector. Plug it in and get instant access to your important files and media. In addition, this modern pen has a built-in stylus to give you more control on your devices. You can also flip the ChargeWrite+ over and use it to clean the screen on your smartphone or tablet. Finally, the ChargeWrite+ uses a universal smartphone plug to work with both Lightning and micro USB ports. When plugged in, it uses its built-in power bank to top up your device instantly. It holds enough juice for 3.5 hours of talk time, 2.75 hours surfing the internet, and nearly three days on standby.