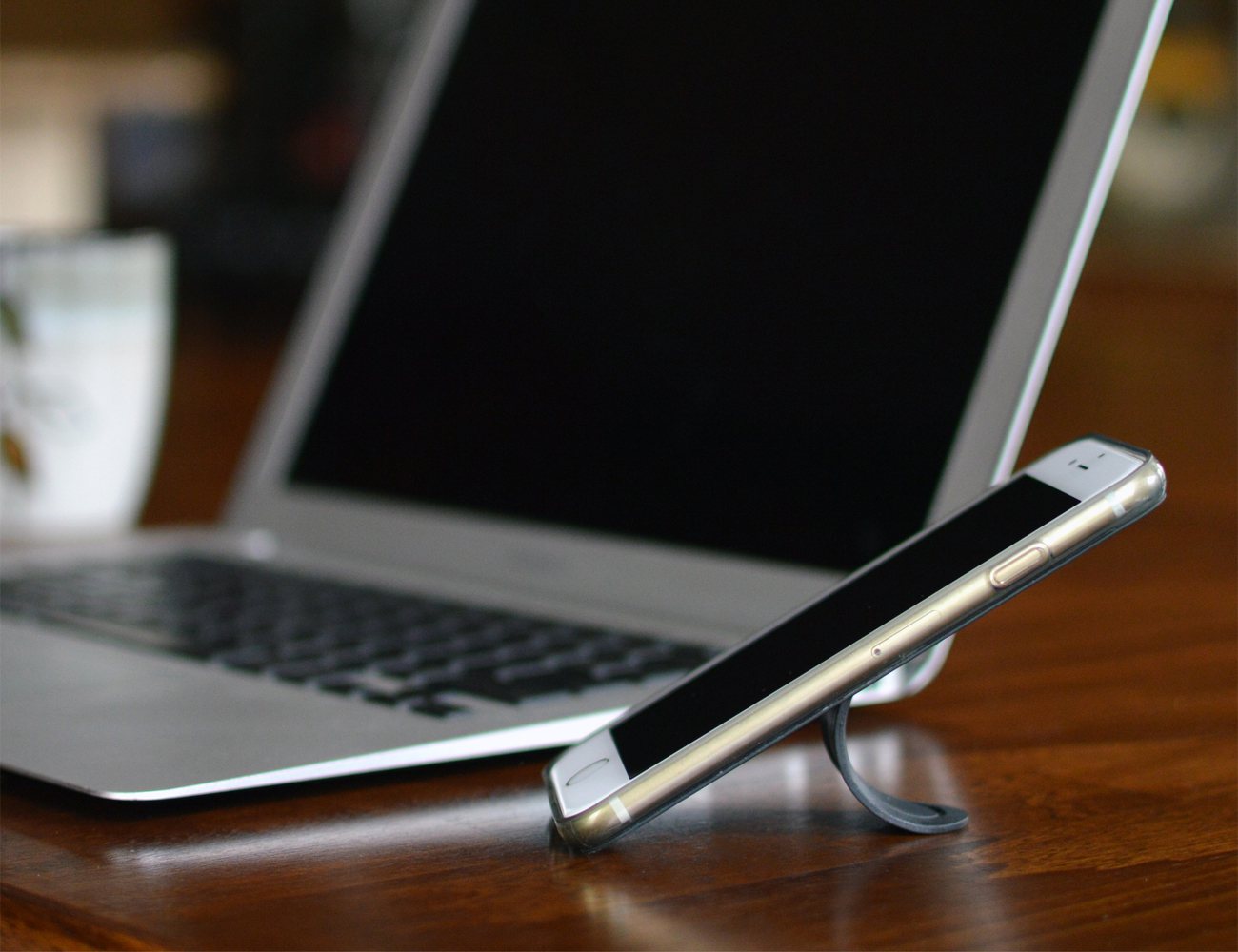 Clipstic 3-in-1 Mount Case for iPhone 6 by Scooch

The Clipstic case by Scooch was designed as an all-in-one protective case to make life easier and less cluttered. By simply pressing your finger down on the Clipstic, you turn your smartphone case into a mount, a grip, and a..
Genevieve Healey
CariPhone 6/6s
3

The Clipstic case by Scooch was designed as an all-in-one protective case to make life easier and less cluttered. By simply pressing your finger down on the Clipstic, you turn your smartphone case into a mount, a grip, and a kickstand. Unlike most vent mounts, the Clipstic case doesn’t require suction cups, magnets, or brackets. The mount IS the Clipstic. Simply hook your case into your vent for easy, hands free use. Using your GPS on your smartphone has never been easier. When using the Clipstic as a grip, get creative! The grip function allows you to interact with your phone in ideal ergonomic positions. One handed cell phone use has never been easier. The Clipstic can be used as a kickstand in both landscape and portrait positions. Use the kickstand to see who is texting or calling without lifting your phone. Use it in the kitchen when viewing a new recipe on your phone. Use it to watc h a movie. Minimalist design allows it to easily slide in and out of your pocket when not in use. Function made easy!

Get it forGet it for $29
Clipstic 3-in-1 Mount Case for iPhone 6 by Scooch
Add Reminder
Add to Collection
Share it
Gadget Flow Rating 9.3/10
View Product Specs
Discovered on Jun 25, 2015, 9:00 am EDT
Discovered by Genevieve Healey
Report this