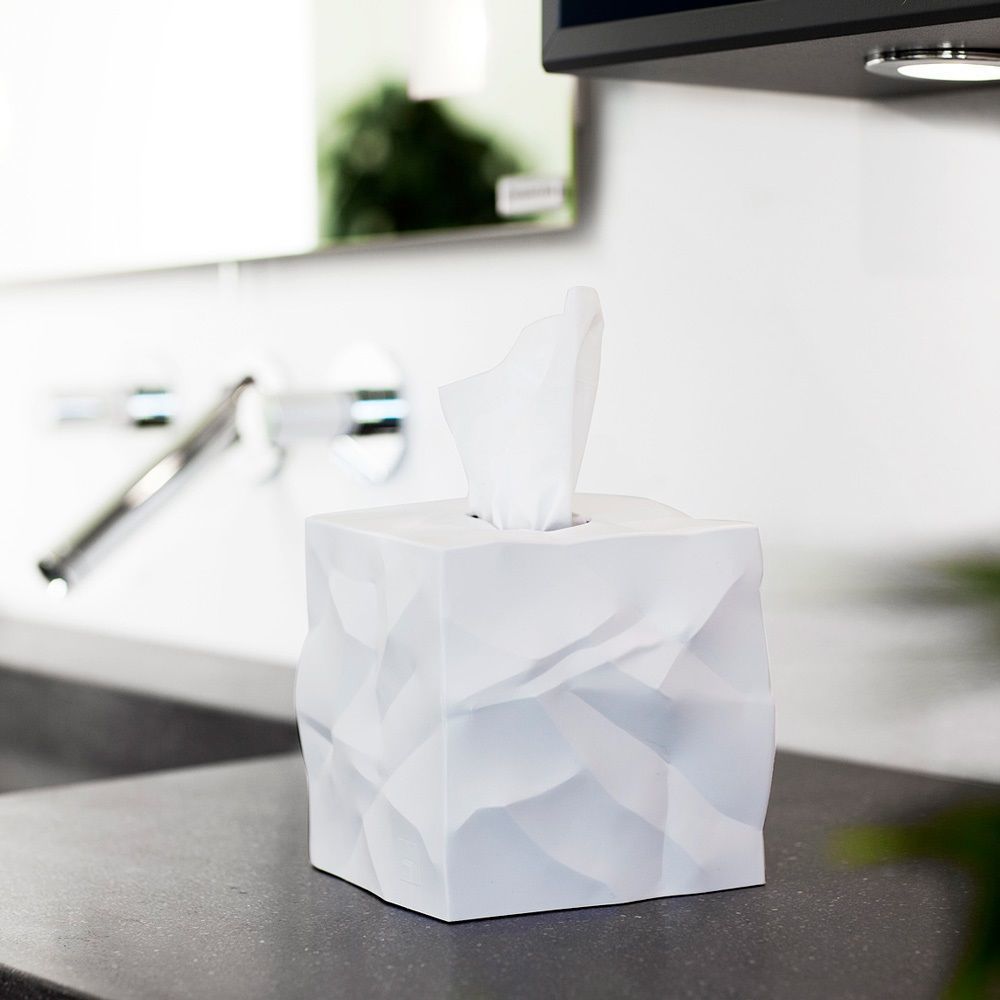 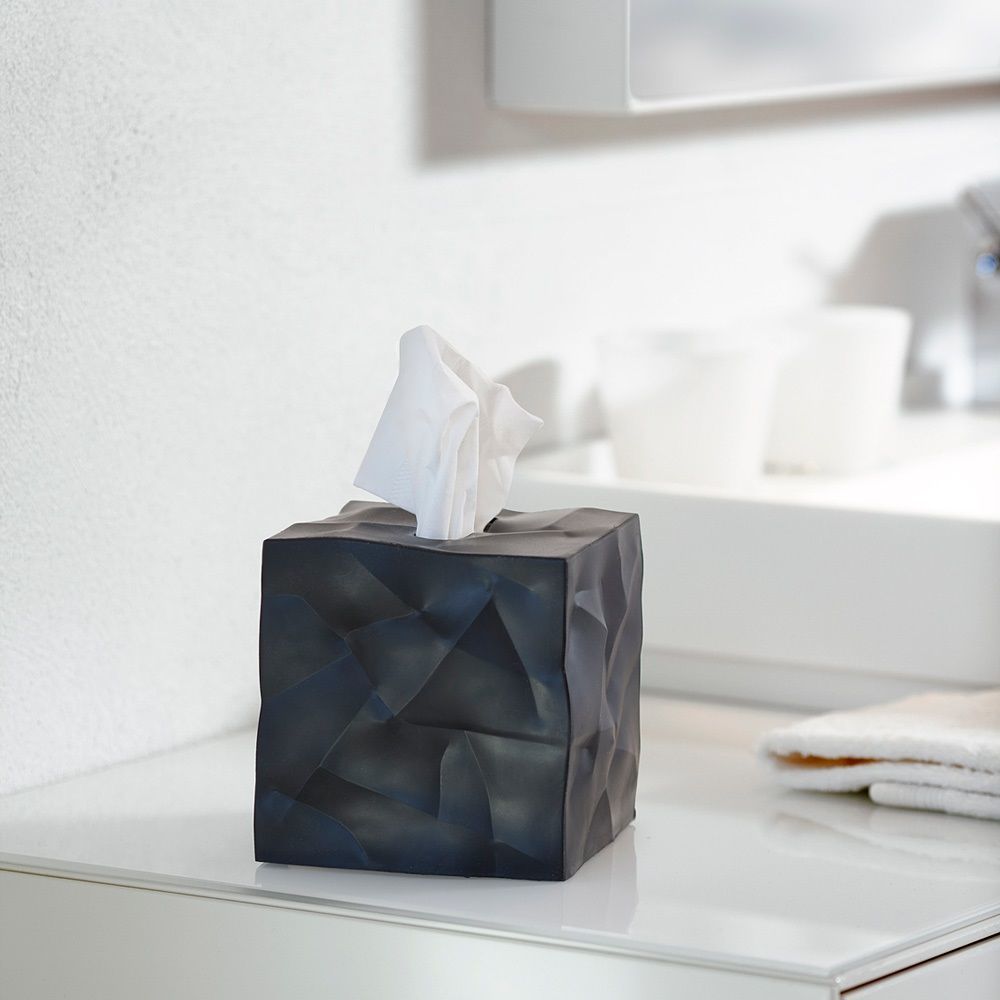 The Essey Crinkle Tissue Box Cover is a clever little creation that takes something mundane like a tissue box and makes it look good. Crinkle, also known as Wipy, was created by John Brauer as a companion to the famed..
Weston Lanpher
Home

The Essey Crinkle Tissue Box Cover is a clever little creation that takes something mundane like a tissue box and makes it look good. Crinkle, also known as Wipy, was created by John Brauer as a companion to the famed crumpled plastic waste paper basket known as Bin Bin. The difference is that this one dispenses paper that ends up as garbage instead of accepting it. Crinkle looks and works in pretty much the same way, using the same functional symbolism. Simply put, it means that Denmark-based Essey makes eye-catching and artsy stuff where the form and function are very closely interrelated. In this case, Crinkle is a crumpled looking cube shaped plastic tissue box, which is symbolic of the tissues you’re supposed to use and crumple.

Get it forGet it for $58.65
Crinkle Tissue Box Cover
Add Reminder
Add to Collection
Share it
Gadget Flow Rating 9.4/10
View Product Specs
Discovered on Feb 16, 2014, 8:00 am EST
Discovered by Weston Lanpher
Report this