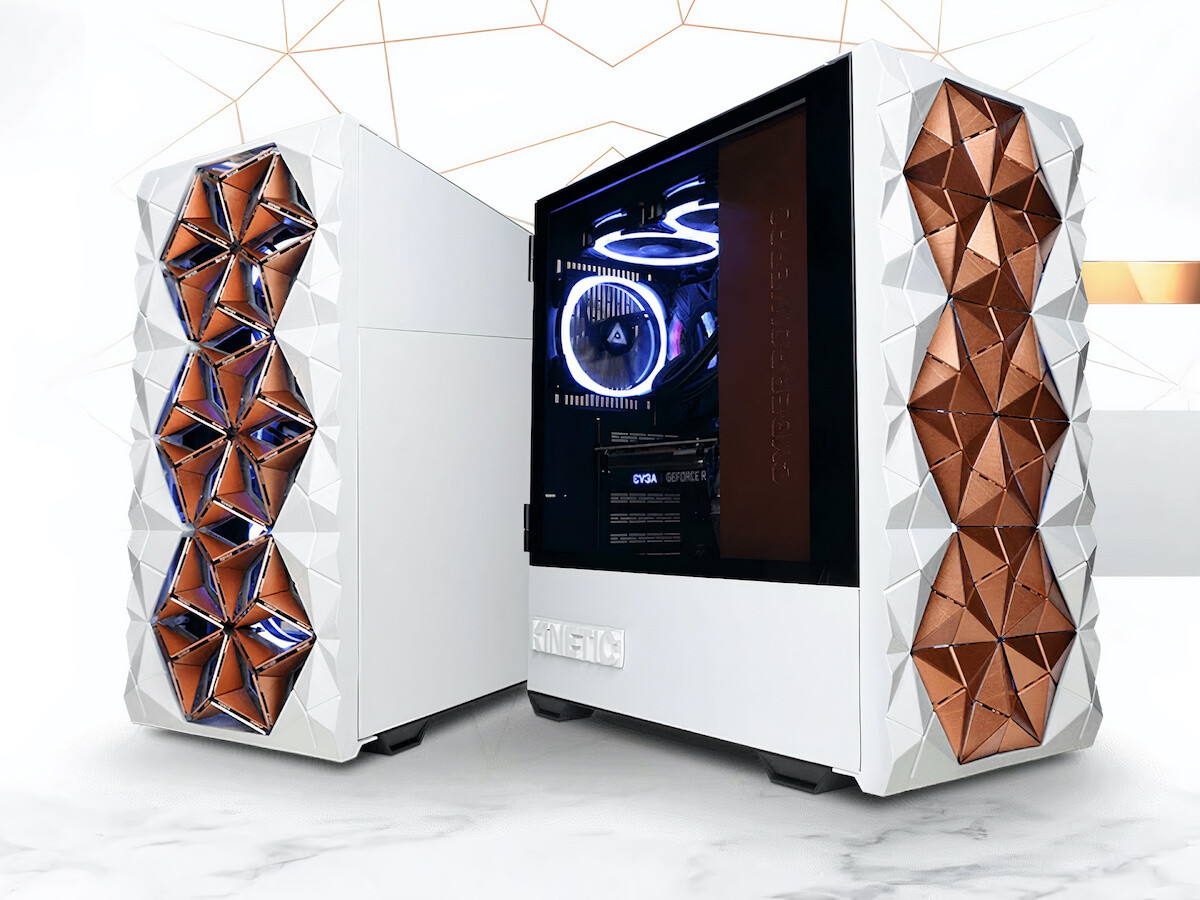 Inspired by kinetic architecture, the CyberPowerPC Kinetic Series Chassis Gaming PCs has vents that seem to move on their own. Opening and closing through intelligent airflow technology, these individually controlled vents adjust according to the system’s internal temperature. More than..
Genevieve Healey
CESComing Soon

Inspired by kinetic architecture, the CyberPowerPC Kinetic Series Chassis Gaming PCs has vents that seem to move on their own. Opening and closing through intelligent airflow technology, these individually controlled vents adjust according to the system’s internal temperature. More than just a fun design feature, these vents have a purposeful design. They allow the structure to move out of necessity, not just as a way to look cool. Drawing inspiration from buildings that do the same thing, the vents on the front of the machine are sometimes closed. When closed, they appear gold. This achieves a striking look against the white background of the PC cover. However, when they’re open, the let you see into the internal structure of the computer.

A PC that moves on its own is seriously cool.