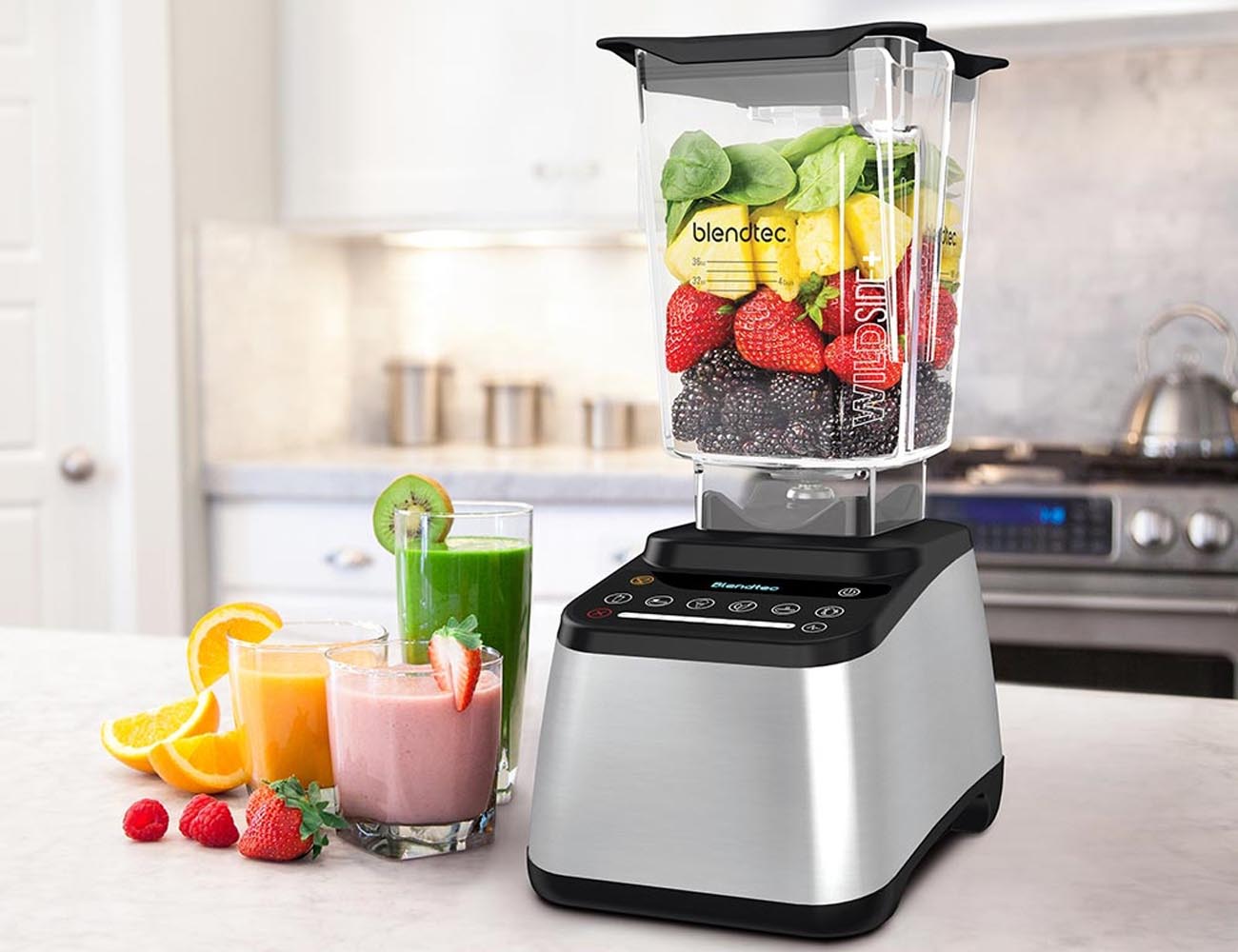 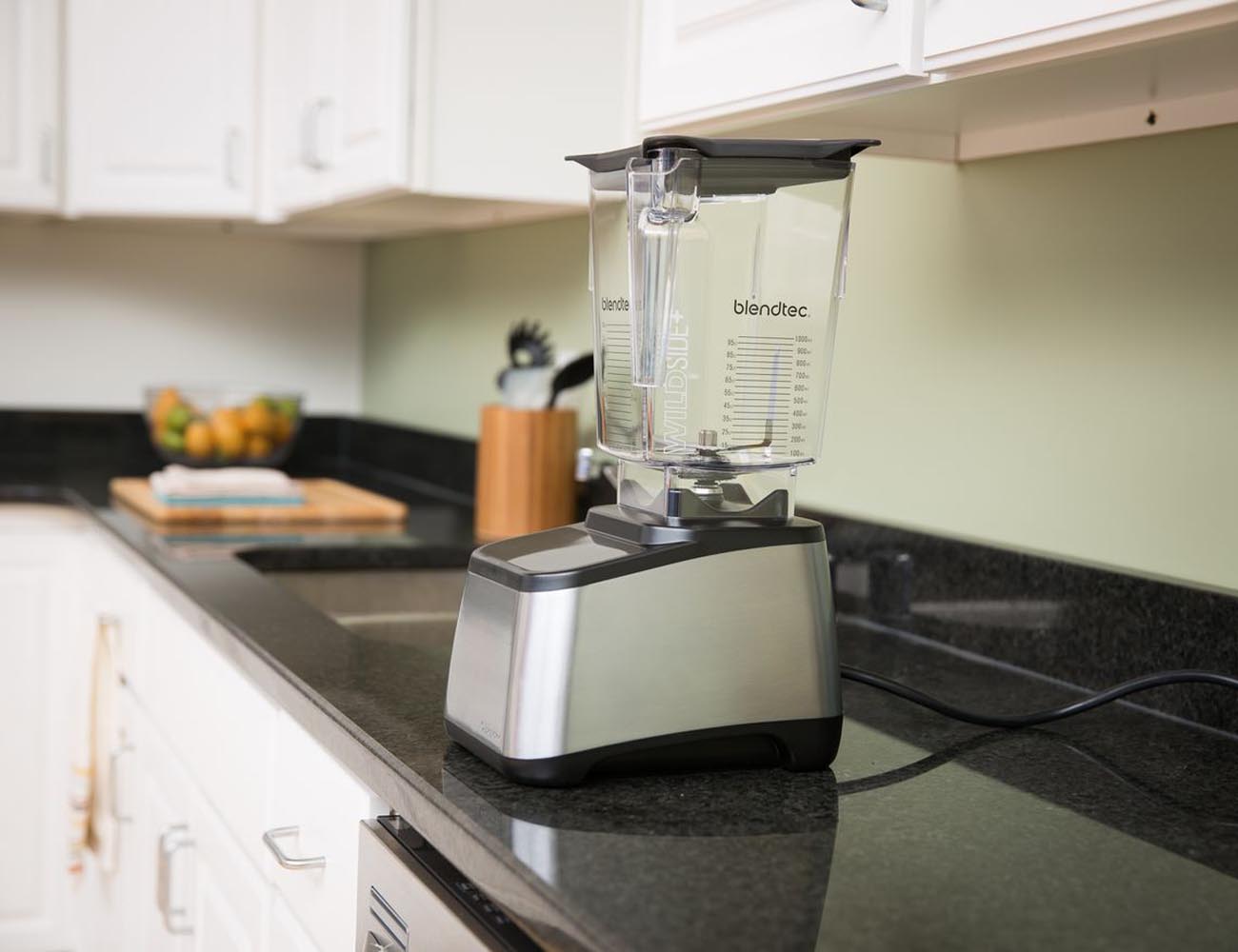 SmartBlend technology, multi-speed pulse, a 100-speed touch slider, and a sleek, show-stopping design make the Designer 725 the star of any kitchen. The Blendtec Designer 725 boasts the most advanced blending technology ever seen 3.8 peak horsepower motor, Illuminated, capacitive touch interface. Preprogrammed cycles: Smoothie, Salsa, Ice Cream, Whole Juice, Hot Soup, Clean, 100-speed capacitive touch slider, Illuminated display indicates remaining blend time. The Blendtec Designer 725 is truly the blender with a brain. Our exclusive SmartBlend technology senses and identifies potential problems that could interfere with the perfect blend-including loading errors, overheating, or air pockets – and then tells users how to fix them.Get seamless precision speed control for 100 speeds with the slide of a finger. It even tells you which speed to use for stirring, chopping, mixing, blending, or pureeing. Use Multi-Speed Pulse for an added burst of power at any speed.

Get it forGet it for $649
Designer 725 By Blendtec
Add Reminder
Add to Collection
Share it
Gadget Flow Rating 9.7/10
View Product Specs
Discovered on Apr 20, 2015, 12:00 am EDT
Discovered by Weston Lanpher
Report this

We simplify product discovery. This means you can find all the greatest gadgets in record time. As a technology company, our mission since 2012 has been to make it easy for you to discover quality products and stay updated with the latest trends.
Join Gadget Flow
What Is a Gadget?
It’s the gear you can’t live without: the smartphone you constantly check, the camera that goes on every vacation, and the TV for binge-watching and gaming. All the coolest gadgets owe their existence to a new technology that changed it all.
What Are the Types of Gadgets?
Gadgets include everything from phones like iPhone and VR headsets like Oculus to gaming consoles like PlayStation 5 and robots like Roomba.
What Gadgets Are Trending Today?
Mainstream gadgets include TVs, consoles, smart devices, cameras, headphones, and music devices. However, there are a ton of unique gadgets for fun, learning, and more. Here’s a full list of gadgets that are currently trending on Gadget Flow.
What Are the Top New Tech Trends?
Technology evolves every day, and some of the most popular tech trends include AI, robotic process automation, edge computing, quantum computing, virtual reality, blockchain, IoT, 5G, augmented reality, self-driving, big data, machine learning, and voice search.
About
Meet the Team The Story Press & Media Careers Brand Assets Status Contact Us Magazine
Resources
Help Center What's New Get the Apps Archives Authors Affiliate Program Sitemap Podcast
Services
Kickstarter Marketing Indiegogo Marketing eCommerce Marketing Agency Services Unboxing Services List your Product Facebook Ads Enterprise Solutions
Legal
Terms of Use Privacy Policy Cookie Policy Fact-Checking Ethics Policy Corrections Policy Privacy Shield SSL Security
From the Blog
The best workout gadgets to help you track your runs QD-OLED TV tech: Everything you need to know and which TVs will have it in 2022 Weekend Digest: What are the best ways to display your NFTs at home?
As Seen On
Let’s Connect
© 2022 Gadget Flow Inc, 26 Broadway, New York, NY, 10004, USA