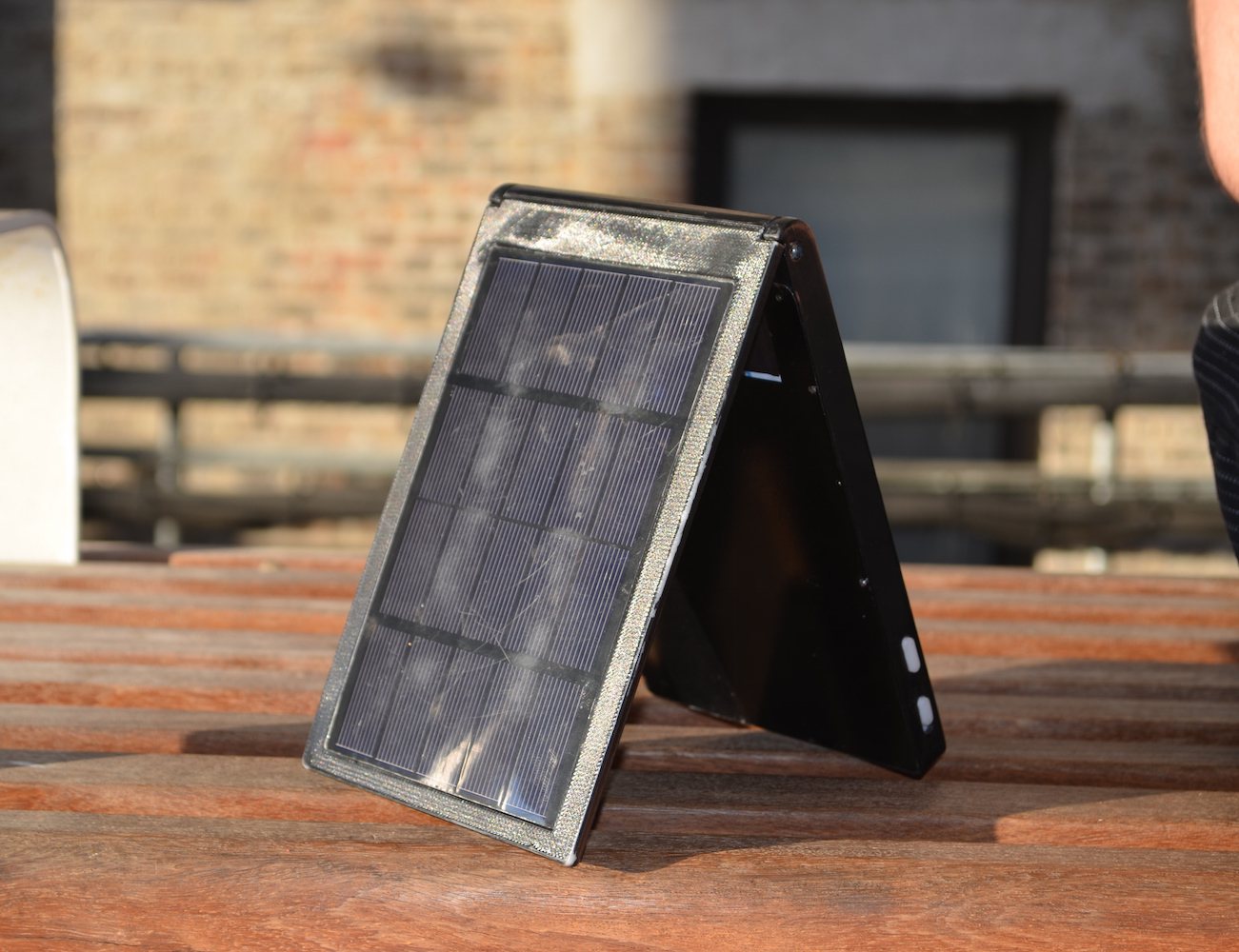 Say goodbye to dead batteries. ESL: Mobile Charging Station is the world’s first device that can wirelessly charge a smartphone anywhere without needing a power outlet. ESL has a custom-designed solar panel that can charge it’s own battery with only..
Michael Cheng
SummerSmart Living
1

Say goodbye to dead batteries. ESL: Mobile Charging Station is the world’s first device that can wirelessly charge a smartphone anywhere without needing a power outlet. ESL has a custom-designed solar panel that can charge it’s own battery with only sunlight and it’s patented morphing feature lets the device go from pad to easel form to increase charging efficiency! The ESL-Pad Alignment feature can hold a smartphone in place during wireless charging and is even strong enough to hold a smartphone upside down. ESL is compatible with any Qi-enabled device, and can also charge another device through a USB cable at up to 2.1A. If sunlight is not available, then ESL can be charged with a typical USB Micro-B cable, and on a full battery it can charge a typical smartphone up to 4 times. No Wires. No Power Outlets. No Problems. IF your smartphone does not have wireless charging than there is the BRUSH: Wireless Charging Tail which was designed to let any phone wirelessly charge. BRUSH works by being plugged into the USB or LIGHTNING (iPhone) port on the smartphone. It is very thin and sticks to the back of the smartphone or over a case. BRUSH is compatible with both Qi and PMA based Wireless Charging, so it will work on ESL, Ikea Furniture, and also in Starbucks restaurants.