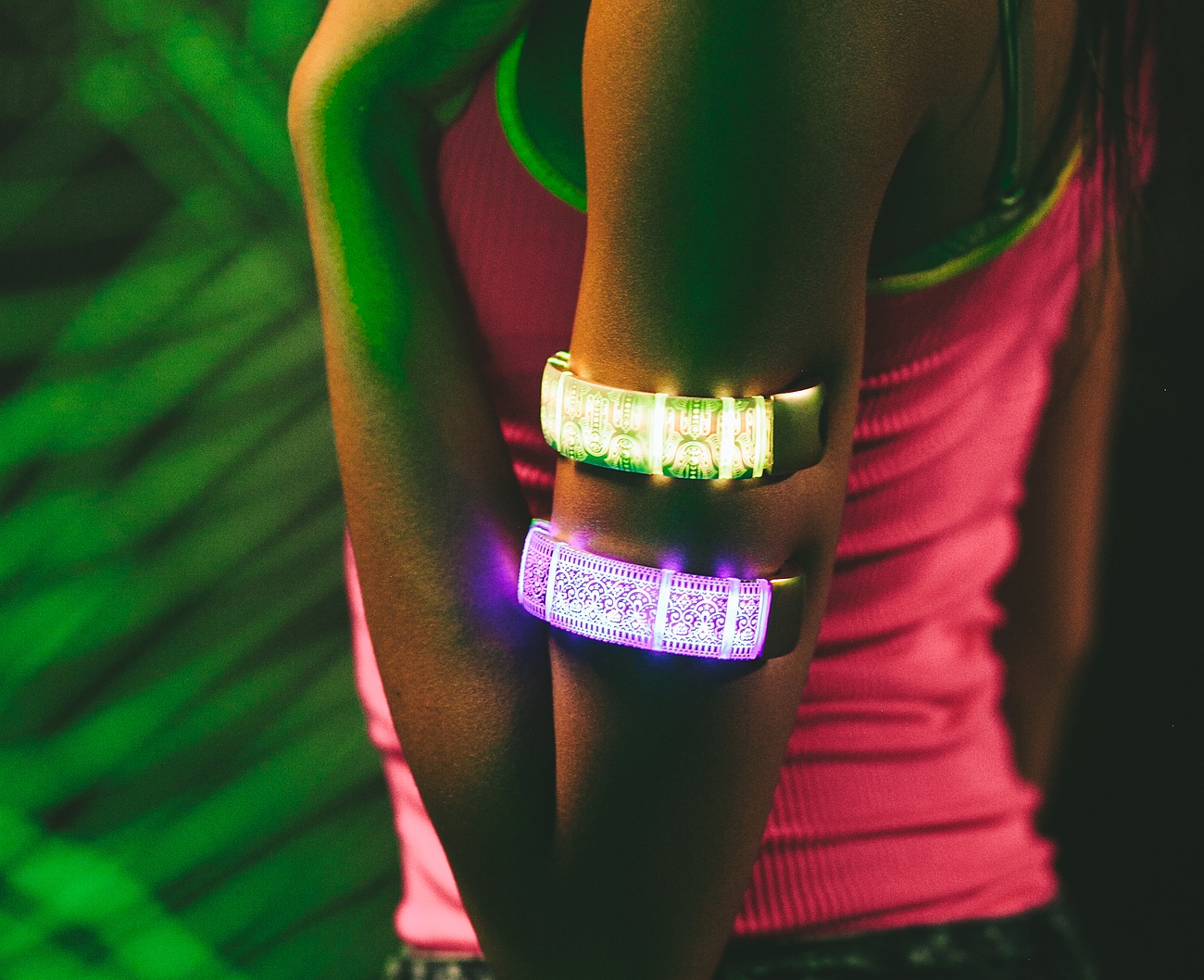 Gemio – The High-Tech Band For The Connected Generation

Staying connected in this digital era will be more stylish and efficient with Gemio. This is considered as a social wearable for everyone out there that uses Bluetooth Low Energy connectivity and a mesh network. Wearers can pair up their Gemio..
Mark Myerson

Staying connected in this digital era will be more stylish and efficient with Gemio. This is considered as a social wearable for everyone out there that uses Bluetooth Low Energy connectivity and a mesh network. Wearers can pair up their Gemio bands with simple gestures such as a handshake or a high-five. Once paired, Gemio will be able to alert its user to their friends’ proximity by using the detachable tile sets, which can then be programmed with light effects having millions of colors. By using the corresponding mobile app, wearers will be able to send messages to their friends as well. Different colors and lighting patterns can signify different kinds of messages. Coming in a range of styles and colors, Gemio can be the next high-tech wearable young fashionistas and tech-savvy individuals can use to show off their style with a pinch of technology to spice it up.

Buy NowPre-order from Kickstarter - $49
Gemio – The High-Tech Band For The Connected Generation
Notify me
Share it
Fave it
Rating
9.5/10
More From
Cool GadgetsCrowdfunding ProjectsAll Things Tech
Discovered On
Jul 21, 2016, 4:03 pm EDT
Discovered By
Mark Myerson
Show Product Specs
Discovered By
Mark Myerson
Wireless Charging
Yes
Connectivity
Bluetooth Low Energy
Lighting
RGB LEDs
Report this
Comments
Kickstarter Comments (50)
Write your comment..
Gail
Review from Kickstarter
I am backer #146. I still have not received my pledge. All my info is the same. Thank you.
Gemio
Review from Kickstarter
Niels, we're sending via DHL 2-3 day service. See email for tracking #. It goes out tomorrow.
Gemio
Review from Kickstarter
Niels, there's no excuse. That was poor handling on our part. I've found your ticket and I'm handling right now. Will reply to Ticket with details.
Gemio
Review from Kickstarter
Zach T, the two Hamsa Tile Sets? Will send them out today. We have 2 email addresses for you. Please shoot us the correct one at friends@gogemio.com. And confirm if address still the same. Thanks!
Gemio
Review from Kickstarter
Hi Eric, so very sorry for letting that fall through the cracks. I found your ticket. I will reply to it now with details on the replacement.
Eric Fight
Review from Kickstarter
I'm backer #666 still waiting on a response from 6 months ago when I asked how can I receive a replacement band since mine no longer charges. Aswell as the 2 tile sets I back for this project and never received.
Zach T
Review from Kickstarter
Gemio any idea for my ETA of when I can expect to receive them?
Elizabeth
Review from Kickstarter
I have been waiting over 6 months to receive my nature tile set that I had originally ordered when I backed this product.
Niels Grol
Review from Kickstarter
Here we are again.... As requested by you on the first of April I had to send my shipping address again (3th time...)via an email to you because you magically lost it some how... The same evening I sent you that email with my shipping address. Till this day I had zero response of feedback and I am pretty tired of it. So..... for the last time. What the hell are you doing over there?? Explain to me what the problem is. Shipping a box from the other side of the ocean should not be a big deal in 2018???