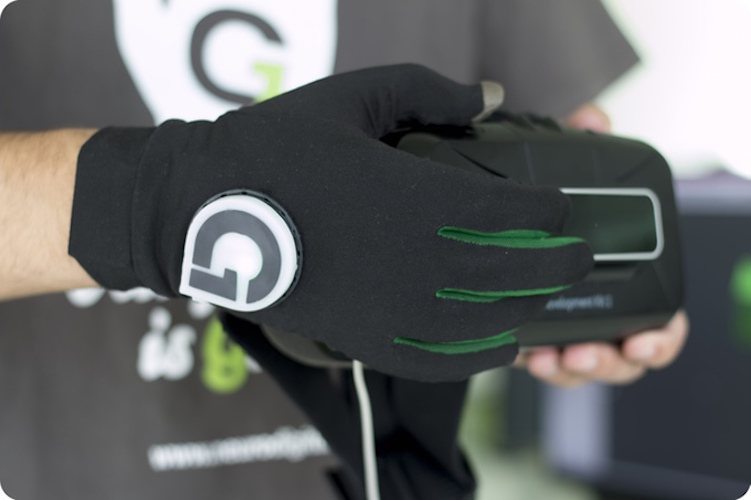 What if you could feel Virtual Reality? Gloveone lets you use both hands to sense & interact with virtual objects on screen/VR glasses. We are proud to present one of the most cutting edge devices in virtual reality. Up until..
Michael Cheng
Cool GadgetsGaming
7

What if you could feel Virtual Reality? Gloveone lets you use both hands to sense & interact with virtual objects on screen/VR glasses. We are proud to present one of the most cutting edge devices in virtual reality. Up until now, most developments within the industry have been focused only on the sense of sight in VR experiences. However, what’s the first thing that people do after they put on a VR headset? They try to touch & feel everything! Now this is possible with Gloveone!Gloveone enables users to feel and touch any virtual object that they can see on the screen or in their VR headsets. If a virtual apple is shown on the screen, with Gloveone you will be able to feel its shape or weight, sense all of its physical features, and even smash it! It is all about translating touch sensations into vibrations. There are 10 actuators distributed along the palm and fingertips of Gloveone, which vibrate independently at different frequencies and intensities, reproducing accurate touch sensations.

Get it forGet it for $230
Gloveone – Feel Virtual Reality
Add Reminder
Add to Collection
Share it
Gadget Flow Rating 9.3/10
View Product Specs
Discovered on Jun 27, 2015, 9:00 am EDT
Discovered by Michael Cheng
Report this