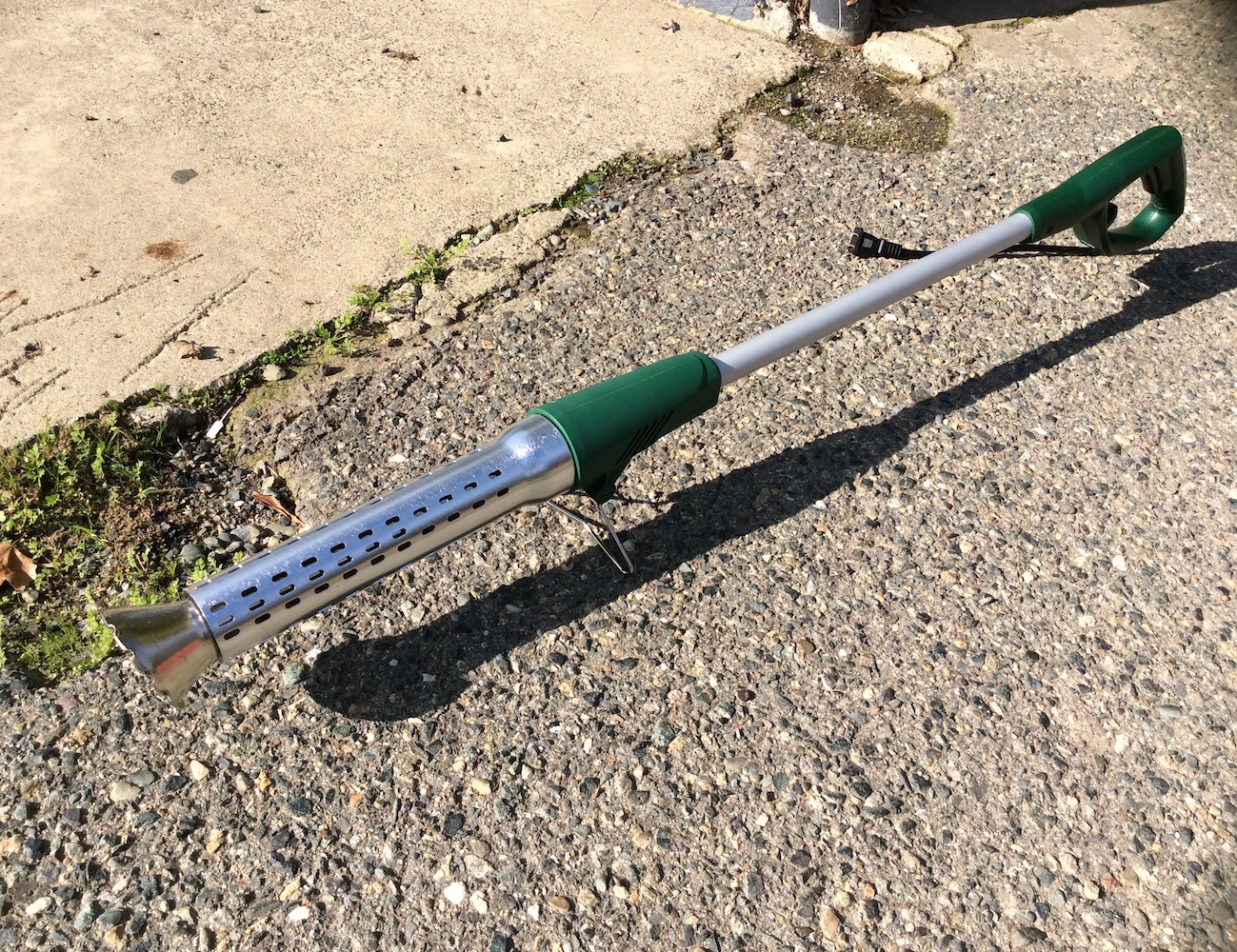 The Electrical Weed burner, “Heatweed” specializes in killing weeds between cement cracks, between rocks on dry surface by heating the weed at the roots. Instead of using chemical sprays or propane fire burning, the electrical weed burner uses a flameless..
Michael Cheng
Garden

The Electrical Weed burner, “Heatweed” specializes in killing weeds between cement cracks, between rocks on dry surface by heating the weed at the roots. Instead of using chemical sprays or propane fire burning, the electrical weed burner uses a flameless tool that blasts air at a temperature of over 600 degrees Celsius to kill weeds safely and in an environmentally friendly way. Heatweed HL780 is capable of burning for 100 hours so if you use it for one hour per month it will last eight years for you. They have designed a conical nozzle to let the air out when you stick Heatweed to the surface of the ground. Just point the nozzle against the weed’s root for 10 to 15 seconds depending on the size of weed to allow the heat ray penetrate to its roots. Once the process is done, the root will automatically die and dry out after a few days. The team is making the Electrical Weed Burner in 2 Models – the Luxury Model # HL780 and the Economy Model # HE600. The difference between the two models lies in their usage lifespan. The HL780 has 100 hours of lifetime usage while the HE600 has 75 hours of lifetime usage.