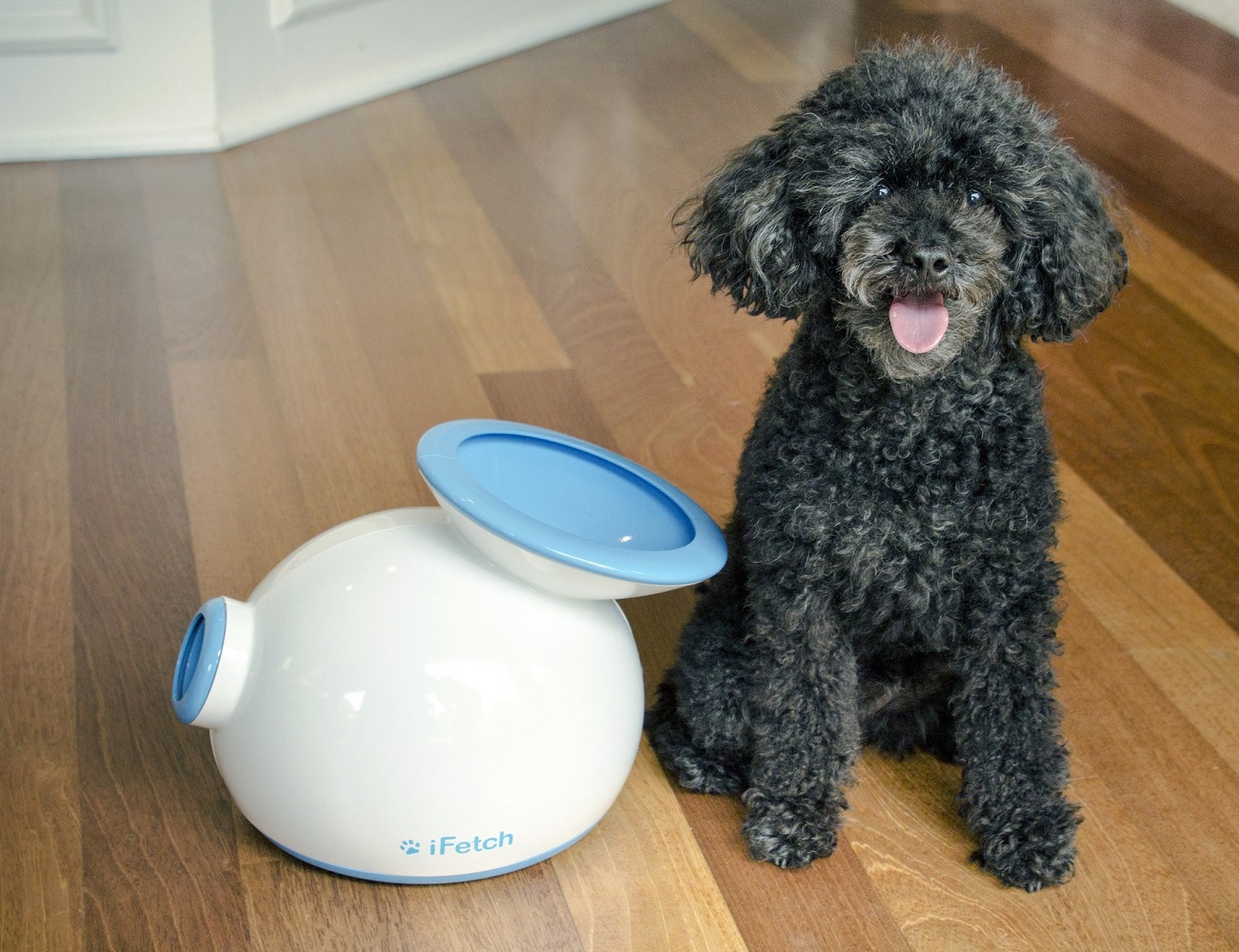 The iFetch Interactive Ball Launcher is designed to throw balls at variable distances whenever the ball is dropped into the funnel at the top. It’s not as fast as your standard-issue tennis ball launcher, and the balls used need to..
Michael Cheng
Cool GadgetsPet

The iFetch Interactive Ball Launcher is designed to throw balls at variable distances whenever the ball is dropped into the funnel at the top. It’s not as fast as your standard-issue tennis ball launcher, and the balls used need to be smaller. This makes it a pretty tame affair, but that’s what you want when you’re lobbing balls inside your home or in the garden or backyard. The whole point of it is that you teach Fido to drop the ball into the funnel and then go nuts trying to catch the ball as it shoots out of the iFetch. It may seem nice at first that Fido can play fetch on his own. But you may end up feeling jealous bouts of rage when you are ignored and the iFetch becomes Fido’s new best friend.

Get it forGet it for $124.32
iFetch Interactive Ball Launcher
Add Reminder
Add to Collection
Share it
Gadget Flow Rating 9.4/10
View Product Specs
Discovered on Mar 31, 2014, 8:00 am EDT
Discovered by Michael Cheng
Report this