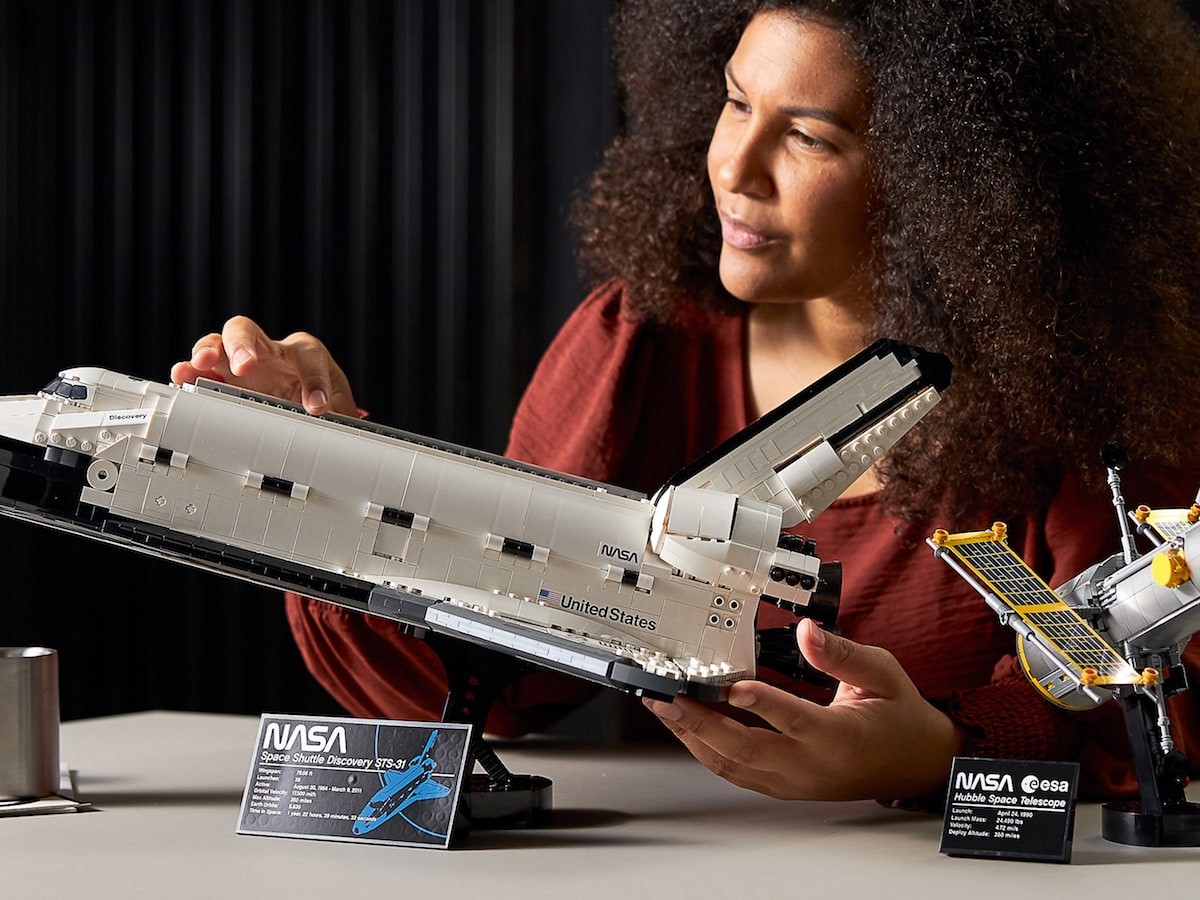 Upgrade your LEGO collection with the LEGO NASA Space Shuttle Discovery set. It’s built in collaboration with NASA to celebrate the 40th anniversary of the first Space Shuttle flight, so it’s more than just a toy, but a memoir. Moreover,..
Amy Poole
Geeky
2

Upgrade your LEGO collection with the LEGO NASA Space Shuttle Discovery set. It’s built in collaboration with NASA to celebrate the 40th anniversary of the first Space Shuttle flight, so it’s more than just a toy, but a memoir. Moreover, it boasts 2,354 pieces to provide hours, days, or weeks of fun piecing together the intricate components. And they’re not just any objects that you’ll build. Instead, you’ll replicate the infamous Hubble Space Telescope and the Space Shuttle Discovery, which comes with functional landing gear, payload bay doors, elevons, and rudder. In fact, the Hubble features movable solar panels and an aperture door. Additionally, the cockpit also opens to showcase the detailed interior. Once built, the completed LEGO NASA Space Shuttle Discovery set will look great on display to accessorize your home. Store both items together or separately—the choice is yours.

Get it forGet it for $199.99
LEGO NASA Space Shuttle Discovery set was built in collaboration with NASA
Add Reminder
Add to Collection
Share it
Gadget Flow Rating 9.1/10
Product by LEGO
View Product Specs
Discovered on Apr 4, 2021, 2:58 am EDT
Discovered by Amy Poole
Report this
Editor's Quote

Celebrate the launch of the first Space Shuttle flight in 1981 with this set.