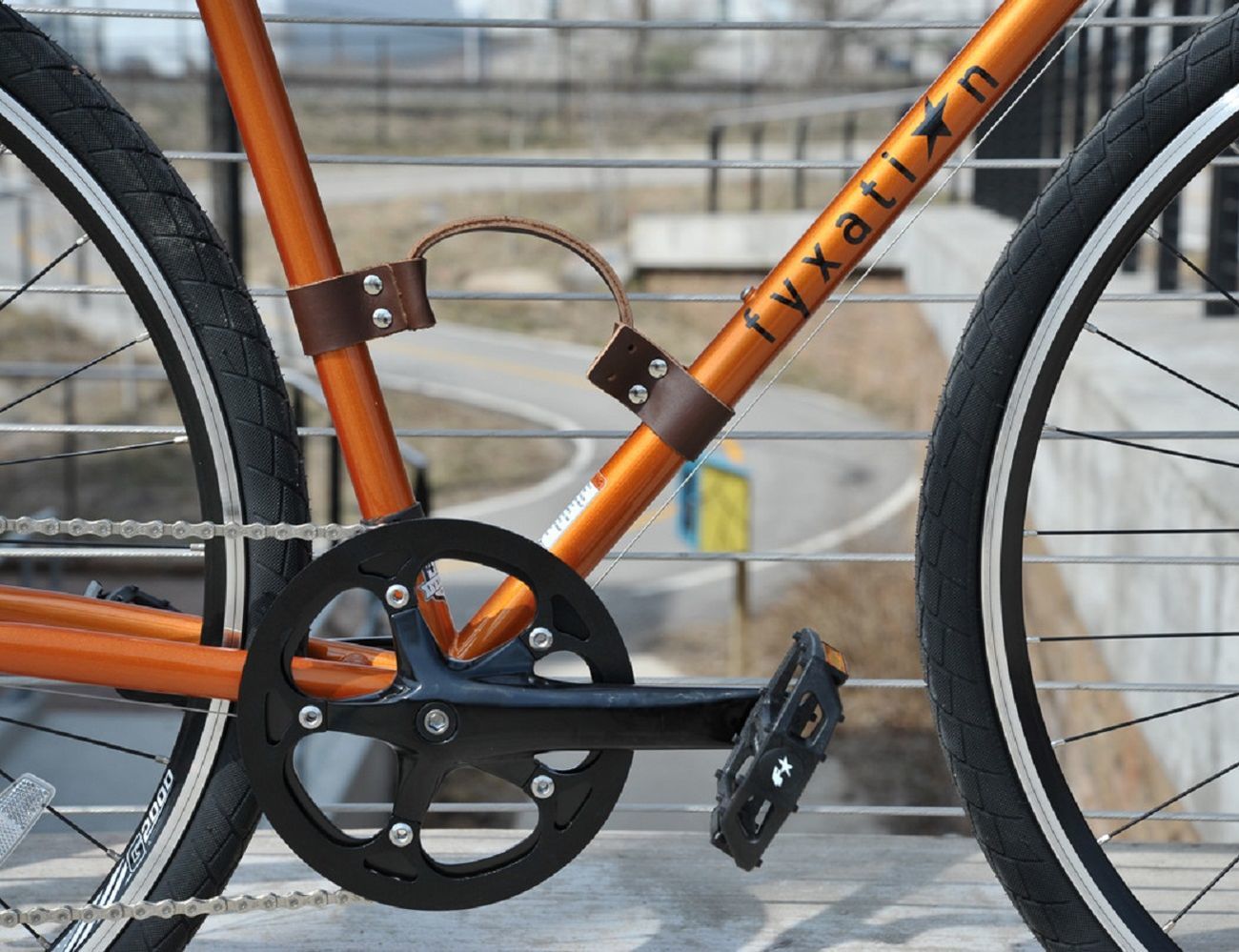 The Bicycle Frame Handle, better known as The Little Lifter, began as a Kickstarter project by Walnut Studiolo. It’s a small leather strap that straddles the “V” on the bicycle frame close to the lower end. It makes it easy..
Weston Lanpher
BikeLeather

The Bicycle Frame Handle, better known as The Little Lifter, began as a Kickstarter project by Walnut Studiolo. It’s a small leather strap that straddles the “V” on the bicycle frame close to the lower end. It makes it easy to haul what is otherwise a hard-to-lift and carry bike. It’s not about the weight of the bike, but about being able to hold it in the right place. Using the Little Lifter helps you tuck the bike in neatly under one arm. You can easily carry it up and down a narrow or crowded flight of stairs and through long corridors, such as commuters might encounter when they carry their bikes through train stations and in and out of trains.

Get it forGet it for $44
The Little Lifter Bicycle Frame Handle
Add Reminder
Add to Collection
Share it
Gadget Flow Rating 9.7/10
View Product Specs
Discovered on Feb 9, 2014, 8:00 am EST
Discovered by Weston Lanpher
Report this