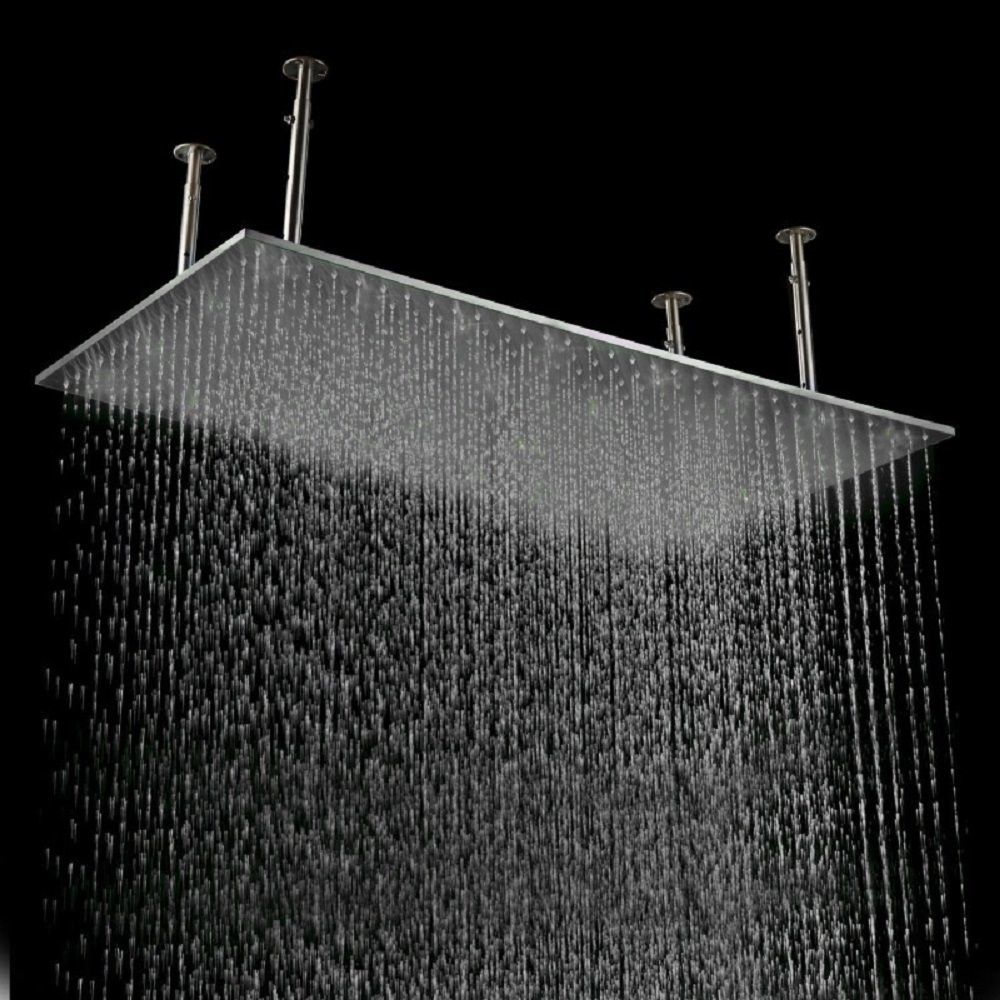 The Rainfall LED Shower Head from LightInTheBox is one of those things which you simply must have, but never knew you wanted. It’s a solid brass shower head that works just like your existing one, but this one also has..
Genevieve Healey
BathroomHome

The Rainfall LED Shower Head from LightInTheBox is one of those things which you simply must have, but never knew you wanted. It’s a solid brass shower head that works just like your existing one, but this one also has a color changing LED light. The best part is that the color changes automatically with the help of sensors that detect not only the water flow, but also the temperature of the water. Between 32-86°F, the LED will be green, and then turns blue up to 104°. It then turns red until 122°, after which it will start flashing to warn you that you’re about to be cooked. Oh, and one more tiny detail – it doesn’t need batteries because the LED light is powered by the water flow!